Zarco: "Bullshit" Honda WSBK rumour should get someone fired 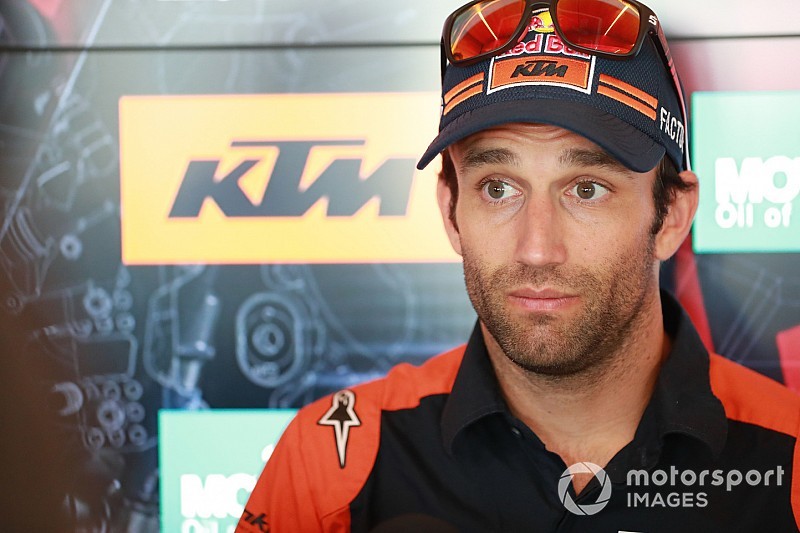 KTM MotoGP rider Johann Zarco has called rumours linking him to Honda in World Superbikes for 2020 “bullshit”, and says the person who started them should “lose his job”.

The double Moto2 world champion has struggled to adapt from the Tech3 Yamaha to the KTM so far this season, with a rise in tensions between Zarco and KTM CEO Stefan Pierer leading to reports he may not see out his two-year contract.

Last week, the official WSBK social media account referenced an outside story linking Zarco with a shock move to the production-based series with Honda.

Zarco says he is still bemused by the rumour, and has spoken with Dorna CEO Carmelo Ezpeleta over it as he believes whoever wrote the story made a “big mistake”.

“The one who gave this information, I still don't know who it is, but he should lose his job really soon because it is really bullshit what he said,” a disgruntled Zarco remarked.

“I've never spoken with Honda at any time, so there is not even a picture that can show that.

“They removed it, so it was strange. I said this to Carmelo, because it's something wrong, and this guy made a big mistake, because it can put me in trouble with KTM and that's not good.

“I don't know why [this rumour emerged], I saw this information, I got a few people call me [about it], but when we find this guy he will lose his job.”

The KTM man ended Friday practice for the Catalan Grand Prix 13th overall, but was just 0.692 seconds from pace-setter Fabio Quartararo on the Petronas SRT Yamaha.

Zarco used the carbon swingarm teammate Pol Espargaro has been racing since the French round, and found it offered better grip – but admits he is still looking for something with the bike he can't “put the finger on” yet.

“I already tried this swingarm in Jerez [at the post-race test], but we didn't put it on [the bike] immediately at Le Mans and Mugello,” he added.

“Here there are some good things on it, overall [it offers] better grip, and it's good on this track because this track [the bike is] sliding so much that we need grip.

“But we also need [to find] different things that I am looking for, and we cannot put the finger on at the moment.”

Zarco crashed at the final corner late in FP2 but, despite this, says his form on Friday is giving him “a little bit more hope to be in Q2” for the first time this season on Saturday.