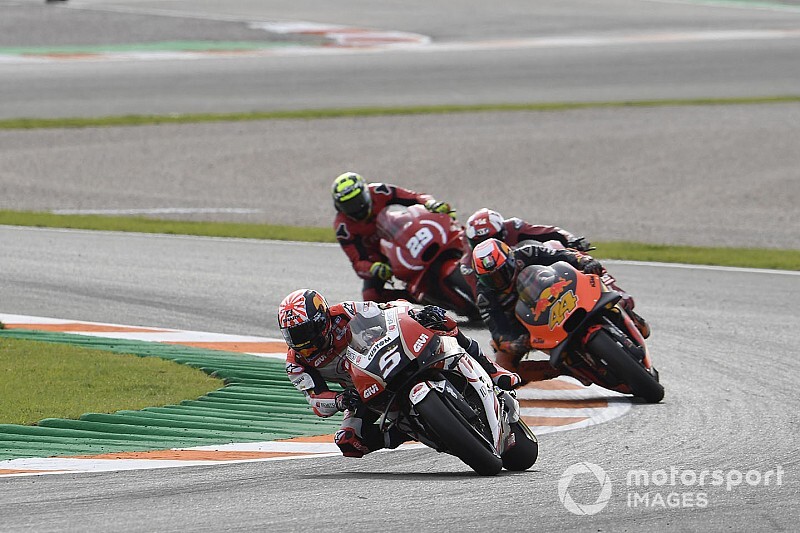 Johann Zarco was afraid that his horror accident with Iker Lecuona's bike during MotoGP's Valencia GP fractured his left ankle, but the Frenchman escaped the hit without any broken bones.

Zarco, along with Danilo Petrucci and debutant Lecuona, crashed on lap 14 at Turn 6, all three riders falling separately mere moments from one another.

The Frenchman was walking away from his accident in the gravel trap when Lecuona, who was riding three places behind, also fell and his Tech 3-run KTM bike swept Zarco off his feet, launching the Frenchman into a violent backflip.

Zarco was taken away on a stretcher but tests showed no broken bones.

"I was so disappointed because of the feeling that I lost the race and I have lost the last race at the moment that I can do in MotoGP," Zarco said.

"The sad feeling did not stay for long. I was walking to my bike and Lecuona's bike totally took me away and this was a big surprise.

"It was really hard shock and immediately the left ankle was strange feeling. I could not move it and in the way it took me, I was thinking something was broken.

"I needed time to maybe stand and see if it is getting better. Now looks [like] all bones all okay, nothing broken, but ligaments maybe not good to see, so will have [tests] tomorrow."

Zarco had just moved up to 10th courtesy of Petrucci's crash before his own fall and says he was hoping to even catch Valentino Rossi.

"The race for me was hard at the beginning but then I felt that I was on the way to catch a better feeling.

"I saw Petrucci crash, then immediately I was thinking 'okay, keep the pace, maybe you can catch Valentino'.

"But just a few seconds after, I was crashing also in this T6. Not exactly in the same place as Petrucci but I had the crash, losing the front.

"I maybe lost a little bit of focus in that moment, or maybe the conditions were a bit difficult, also myself, still not able to bring the bike in a good way as I would like."

Lecuona was "very scared" for Zarco and was confused about why three riders crashed at the same moment.

He suggested that Aron Canet's KTM leaking oil at this very corner earlier on Sunday, which caused a 10-minute delay to the Moto3 race, could have played a part.

"I went to the box to speak with him [Zarco] but he went to the Clinica to check the foot. When the team tells me he is [ok], I way very relaxed because I was very scared for him.

"I don't know what happened in the crash. I know two riders crashed in the same lap like me, same point like me and same line as me. I don't know why I crash, I did not brake later, I don't push more.

"Maybe the temperature is possible, maybe the Moto3, this race Canet lost all the oil so maybe this with this cold temperature, it was possible to have this crash for three riders.

Lecuona was running 15th when he crashed, the 19-year-old pleased to be battling for the points on his MotoGP debut.

"I am really happy about this weekend. I improve a lot, I go very fast and I stay in the points, it is amazing.

"I have one mistake in the race when I crashed but for sure I am very happy." 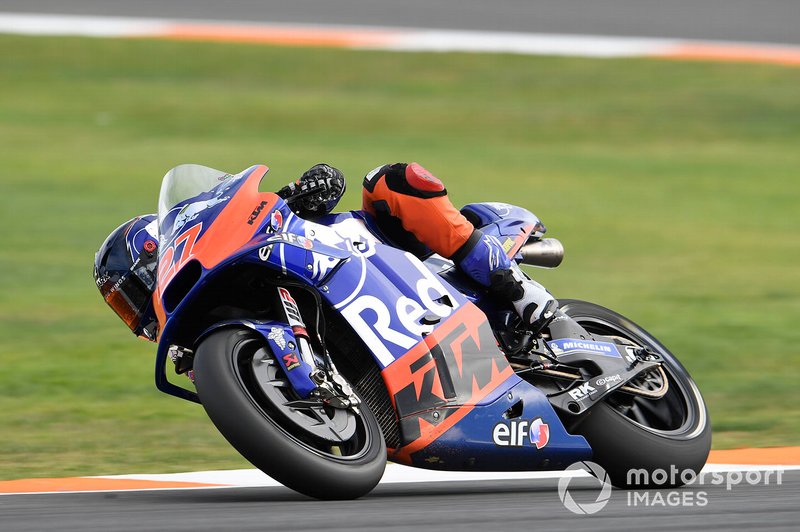