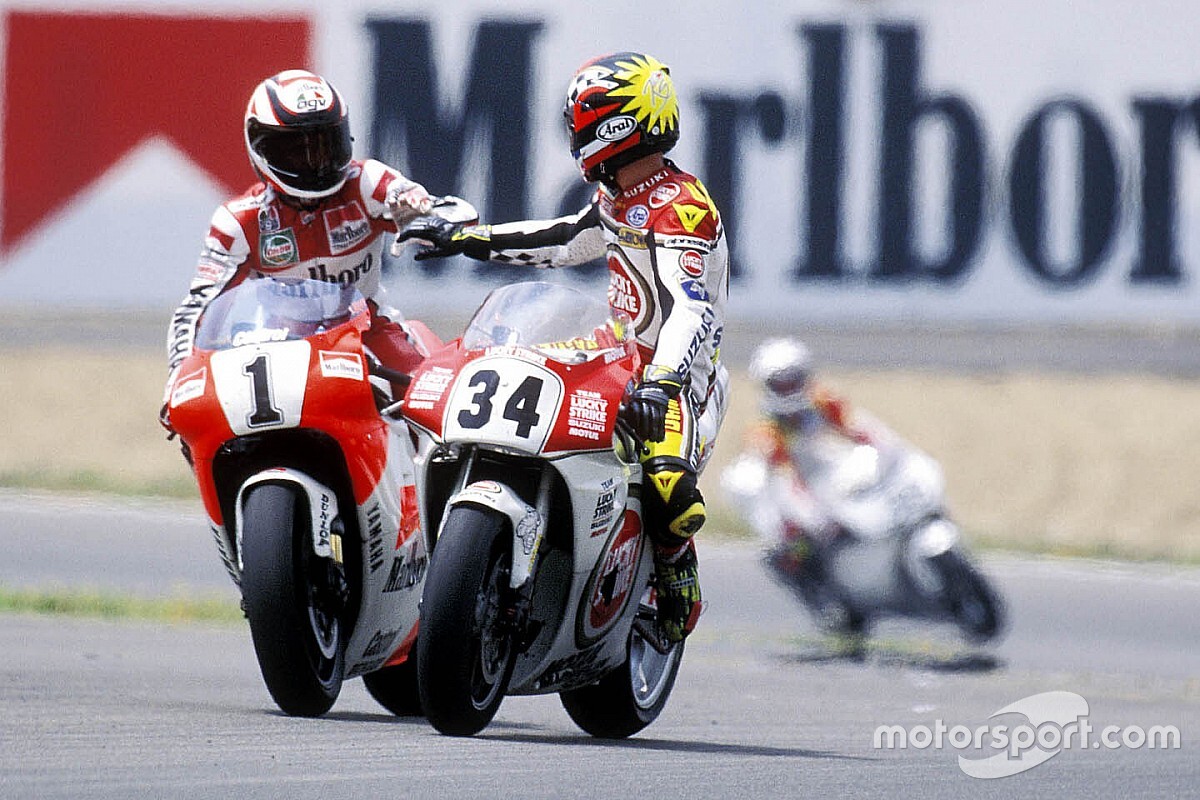 The Rainey and Schwantz rivalry in the 500cc era of MotoGP in the late 1980s and early 1990s is one of motorsport’s most iconic duels.

From 1990-1992, Rainey won the premier class crown on his factory Yamaha, with Schwantz guiding his Suzuki to the championship in 1993. Both riders won four races apiece in 1993, with Schwantz standing on the podium in the first nine races.

But the season was marred by the tragic accident at Misano three rounds from the end of the season which left Rainey paralysed.

Speaking to Autosport for the 14 January 1991 magazine special about that year’s 500cc campaign and their rivalry, Rainey revealed what he had to do to have an edge over Schwantz – but found the Texan only continued to get stronger and feels his ’93 title deserves more credit from people than it gets.

“I wanted him to give up, and the more I could beat him the more I knew he knew he couldn’t beat me consistently, and that was something I really worked at,” Rainey explained. “So, I had my championship run to try to win the championship but I was also trying to get into Kevin’s head, because I thought if Kevin could ever get it together and get his bike sorted out in a way he could ride it consistently, he could be a really big threat to me.

“I treated Kevin as I did my teammates. The first guy I wanted to beat obviously was my teammate, other than Kevin, but I knew if I could beat my teammates, it didn’t matter as long as I was ahead of them.

“Then I couldn’t really blame the bike as much if my teammate was finishing in front of me. And so, I saw that by getting on top of my teammate and being faster than them throughout testing and seeing what that did to them morally, I knew it would detune them.

“At the end he pulled it altogether there in ’93 and did a tremendous job. And I think people don’t give him enough credit for that year on such a good job that he did.”

You can read what Rainey and Schwantz had to say about their rivalry in Autosport’s 1991 special issue. Subscribe to Autosport magazine here: www.autosportmedia.com/offer/article