Yamaha 'throwing title away' every year with mistakes - Vinales

Maverick Vinales says mistakes by his Yamaha MotoGP team are "throwing away" title chances, after being hit with a pitlane start for the European Grand Prix for an engine change. 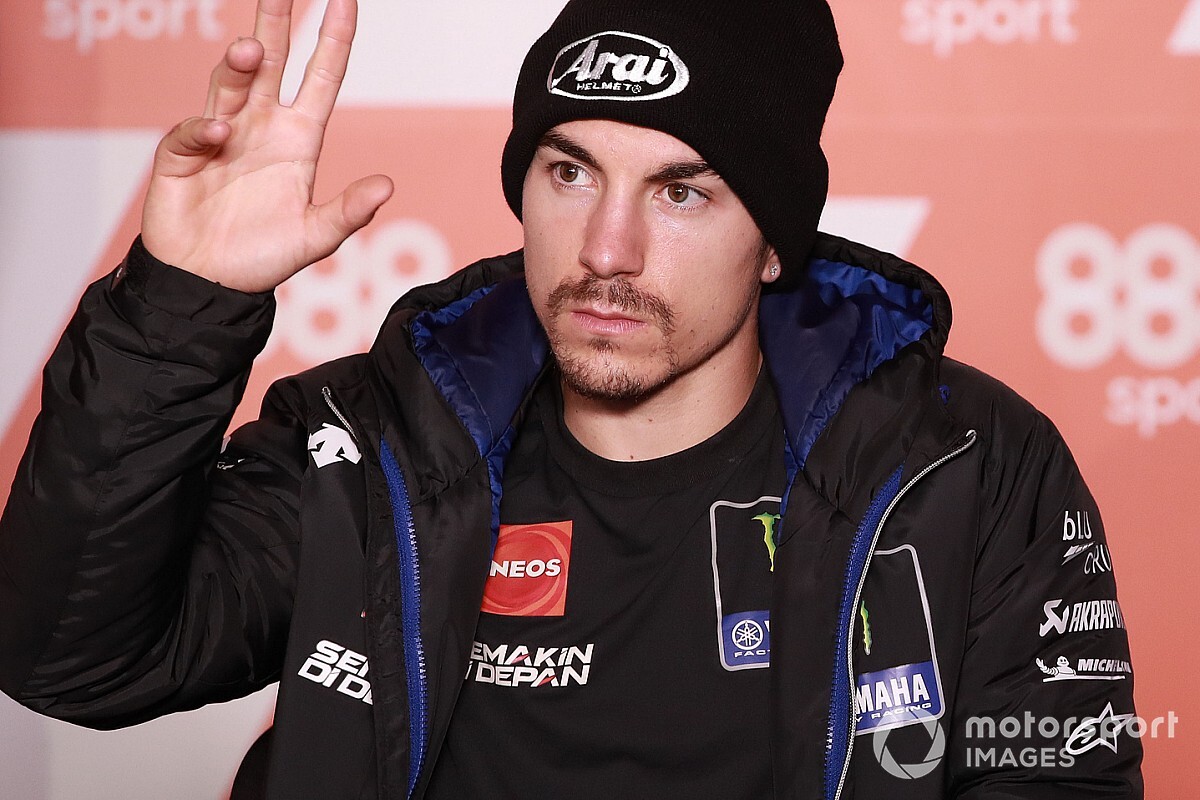 On Saturday Yamaha was forced to exceed Vinales' engine allocation for the year and unseal a sixth engine owing to reliability concerns over well-worn motors he has been since the second round of the season.

Vinales has basically had three engines from his allocation withdrawn since Jerez, following a technical issue on his second unit, while two engines have since been deemed illegal following an FIM ruling on Thursday.

Since the second Jerez round, Vinales has been running the final two engines from his allocation, and exclusively using them since the San Marino GP.

He admitted on Thursday he has had to limit mileage on his remaining engines since the Teruel GP, with a fault in his fourth one basically leaving him with just one for the final three rounds.

As a result, Yamaha had no choice but to unseal a sixth unit, which incurs a pitlane start for Sunday's race and deals a massive blow to Vinales' title hopes.

"You can imagine the feeling we have, that every year we are throwing away the opportunity to win the title by mistakes," Vinales, who is currently 19 points off the championship lead, said.

"So, sure my feeling is very bad. But I have perfect situation at home, I have a perfect life, I don't want to be angry anymore, I want to be happy.

Vinales says his current engine predicament is a result of Yamaha understanding it had reliability issues too late at Jerez, otherwise he may have had another motor to hand now – though it is understood his first and third engines of his allocation were illegal.

"Probably that in Jerez they understand the problem after we closed the third engine," he explained, after finishing Friday at Valencia 11th overall.

"That was the biggest problem, because if not still I'd have had four engines, so one more new.

"So, our plan was to put one new engine in for race one, and then I run out of engines.

"From Aragon I'm running out of engines, so we were managing the best we could and in the second race I only had one engine with a lot of mileage, so we just did little laps."

Vinales says risking running the well-worn final engine in his allocation was discussed with his team, but his championship situation meant this didn't make sense.

"Still yesterday we were discussing if to risk to go with the number five engine doing just a few laps on the practices and risk on the race and wishing we don't stop the bike," he added.

"But the case is that we don't have the setting, the bike is not working, and then we'd have to face it [the race] with an old engine.

"So, there was no point. We needed to put in a new one. It's true I will start from the pitlane and I cannot do nothing. The option of the title is much more difficult, but everything can happen."

Rossi to return for rest of European MotoGP weekend