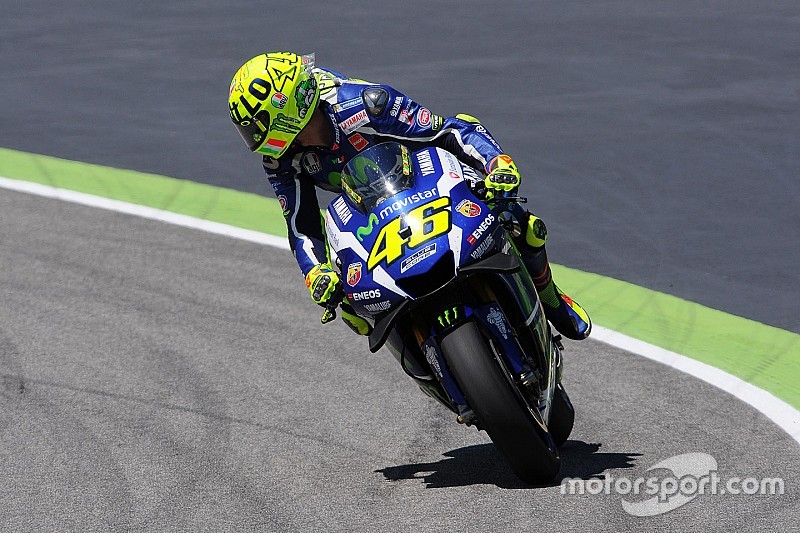 Yamaha overrevved its engines at Mugello, or at least that's the theory that the team has before the Japanese engineers open up the two units that blew up on Sunday.

Speaking to Motorsport.com, a source from the team said that the most likely cause for the engine failures Jorge Lorenzo suffered during the warm-up and Valentino Rossi on the ninth lap of the race, was the undulation on the main straight of the Italian circuit.

At that point, the rear tyre - spinning at around 380 km/h in the air - loses grip, leading to an increase in revs per minute for the engine.

"That, combined with this year's electronics, which are less sophisticated and precise, probably had an influence in the ignition cut-off," said the source.

Yamaha wants to be cautious, and does not want to give a final verdict on the two problems suffered on the same day and, probably, for the same reason.

Initially, Rossi suggested that a piece used in both units was probably defective, a theory that loses weight as times passes.

"You have to keep in mind also that Valentino was running behind Jorge all the time, and that probably meant he had no clean air to cool down the engine," adds the Yamaha team member.

"Also, running in his slipstream meant Rossi's bike reached speeds it had not managed during the weekend."

MotoGP engines don't fail often. In fact, the last time it happened to Yamaha in a race was in 2012 (to the luckless Ben Spies).

The one Rossi lost on Sunday was the third of the seven allowed by the rules. It made its debut in FP3 at Jerez, where it was used in FP3, FP4, qualifying, warm-up and the race, which he won.

At Le Mans he used it again on Sunday, both in the warm-up and the race, as he did at Mugello.

Keeping in mind that in some practice sessions he used two engines, jumping on track two or three times, it means Rossi's third engine had around 500 to 550 kilometres, an extraordinarily small amount for an engine to fail.

Analysis: Why struggling Honda had to redesign its MotoGP engine