Yamaha MotoGP rider Maverick Vinales was suspended and withdrawn from this weekend's Austrian Grand Prix for trying to deliberately damage his bike's engine in the Styrian GP, the team suggests.

Following last Sunday's race at the Red Bull Ring, in which Vinales entered the pitlane before the end of the final lap after his bike's display showed "pitlane", Vinales said he was "having a great time" in the first race before it was red-flagged.

However, after the red flag and upon returning to the pits, things changed for the #12.

"They stopped the race, we pitted and they changed my clutch and tyre, and it was a completely different story," he lamented.

The rider's father went further on Sunday and made accusations of Yamaha sabotaging his son's bike in a social media post: "The silence is over!!!! What happened today is shameful! Doing these things to the rider because he is leaving," wrote Angel Vinales.

Yamaha issued a harsh statement on Thursday, suspending the rider for this weekend's race in Austria and accusing him of trying to ruin the bike.

Motorsport.com can report the team claims that Vinales tried to over-rev his M1 engine on the way into the pit lane when he entered the garage lane at the end of the second race, without crossing the finish line. 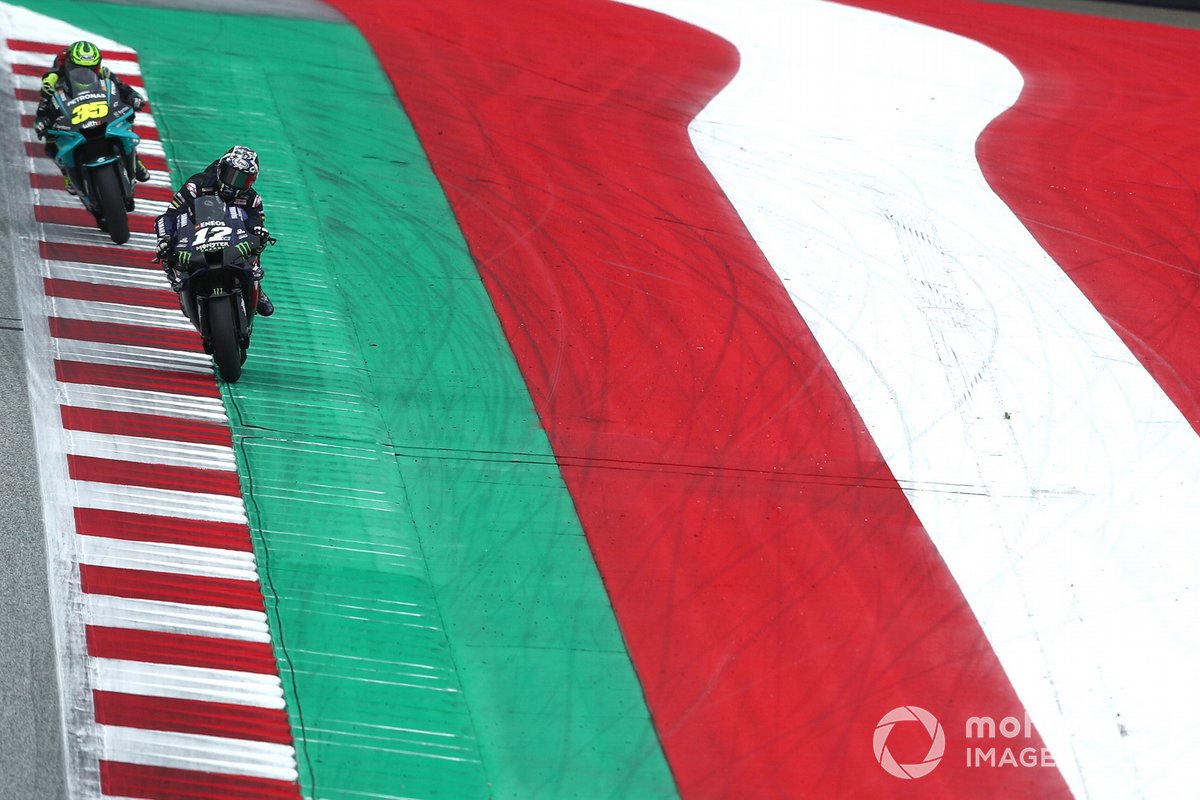 The team backs up its version with the telemetry data of the bike, which despite having a rev limiter, precisely to avoid this possibility of unintentional over-revving, can be deliberately over-revved, as a technician explained to Motorsport.com.

The accusations are reminiscent of an episode between Suzuki and John Kocinski in 1993.

The American genius, despite good results in the first four 250cc races of the season - two podiums and two fourth places - did not have a good relationship with team officials, and at Assen he blew the engine of the bike by idling, refusing to take the podium.

He never raced for Suzuki again.

For Vinales the whole situation is a continuation of what led him to terminate the remaining year of his contract with Yamaha in 2022.

People familiar with the situation told Motorsport.com that, after the first start of the Styrian Grand Prix, Maverick came into the pits and said that the engine was working fine, not to touch it.

However, they changed the clutch and the engineers connected the computer, touching the engine, which stopped on the grid before the warm-up lap of the second start, forcing the Spaniard to start from the pit lane.