Yamaha's Nakasuga steals the show in season finale at Valencia 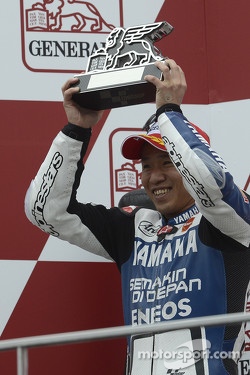 Katsuyuki Nakasuga stole the show today in an incident packed race, delivering an incredible performance to take second place on the podium for the Grand Prix of Valencia. The Japanese Yamaha test rider, appearing in place of injured Ben Spies, was one of the few who gambled on slick tyres to start the race in damp conditions. The gamble paid off with Nakasuga-san moving from 16th to 11th on the first lap, and then jumping to fourth on lap four as riders came in to change rubber. The one-event wonder was looking safe for third on the podium when second placed rider Cal Crutchlow crashed out in front, leaving him to hold on and focus for the remaining eight laps to claim his incredible podium finish in second, over 20 seconds clear of Casey Stoner behind him. The four-time All Japan Superbike Champion had double cause for celebration with his second son, Haruto, being born on Saturday evening. He is also the only Japanese rider to have stood on the podium this season in all three classes.

2012 MotoGP World Champion Jorge Lorenzo also gambled on slick tyres and after initially dropping from second on the grid to eighth the Mallorcan began to make steady progress back up the field. By the fourth lap Lorenzo had taken the lead, which he maintained until lap 13, pulling nearly a four second gap to chasing Dani Pedrosa. Disaster struck when he came off the dry line to lap CRT rider James Ellison on the same lap, losing grip on the damp surface and suffering a huge high side crash. Lorenzo was lucky to walk away without serious injury and will be ready to take part in testing on Tuesday and Wednesday for the 2013 season.

Katsuyuki Nakasuga - Position 2nd - Time +37.661 “I’m so very happy with this result, the conditions were very difficult today. It was a tough race but the team were amazing and I have to thank them for making the best choice for my set up for the race. It is like a dream or a miracle for me to be on the podium as the qualifying was not so good. I want to thank Yamaha for giving me this special opportunity to race here in MotoGP, it has been amazing.”

Jorge Lorenzo - DNF “I’m happy because we are world champions and that is the most important thing. Maybe if we had arrived here without the title decided it could have been another story and I wouldn’t be so happy. I had a lot of hopes to win today, I chose a really risky tyre strategy and I was making a really good race. Dani was catching me a little bit but then I managed to have a four second lead. I came up to the slower riders and I’m not sure what happened, maybe the marshals didn’t put up the blue flags quickly enough but I was losing some time stuck behind them. I was behind Ellison and he stayed on the racing line, I couldn’t wait for another corner to overtake him as I was losing time. I overtook and made a mistake, outside the dry line and I had a big high side.” 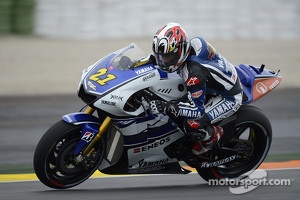 Wilco Zeelenberg - Yamaha Factory Racing Team Manager “What a crazy race! I think we could have won today so it’s a real shame we wrap up the season like this. Jorge took a big gamble with the tyres which proved to be a clever choice and rode a very strong race. Unfortunately with such tricky track conditions and much slower bikes making traffic the risk was high. We are very happy he is unhurt after his crash and also that we secured the title in Phillip Island! We’ll take some time to celebrate tonight and then it’s back to work for 2013 on Tuesday! Nakasuga-san was brilliant today and really deserved his podium, he and Ben’s crew put in a great effort for the result.”

Massimo Meregalli - Yamaha Factory Racing Team Director "I don’t think anyone could have predicted today’s results! It’s a pity Jorge’s championship season ended this way in front of his home crowd but we are happy that he has no serious injuries and is ready to test next week. For Nakasuga-san it has been a fairytale day, we are so happy for him and proud of his achievement. After a difficult season it was also a great result for Ben’s crew who deserved this podium today. I would like to wish them all the best for the future.” 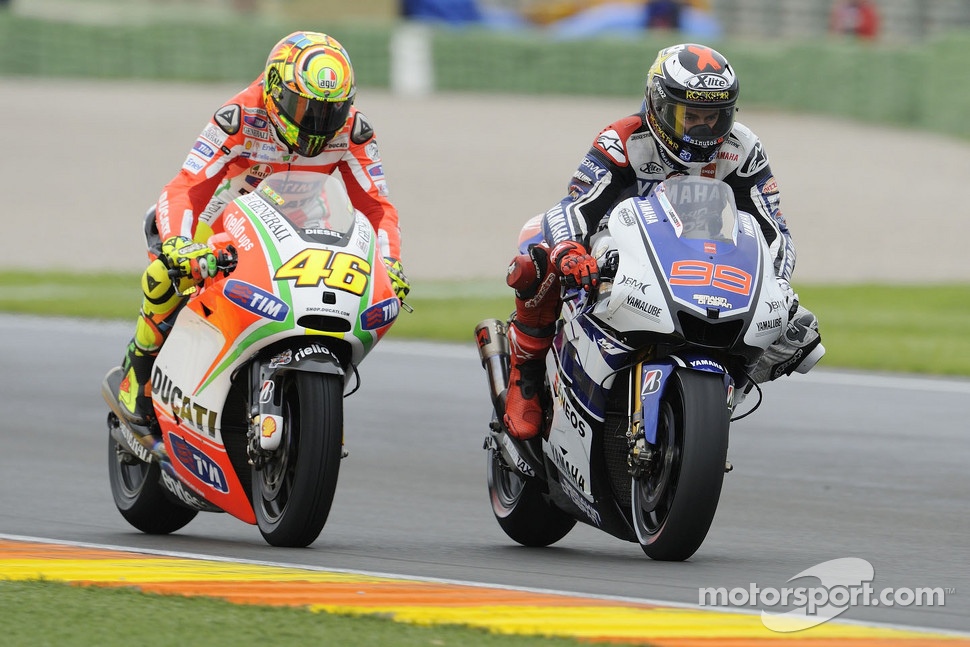