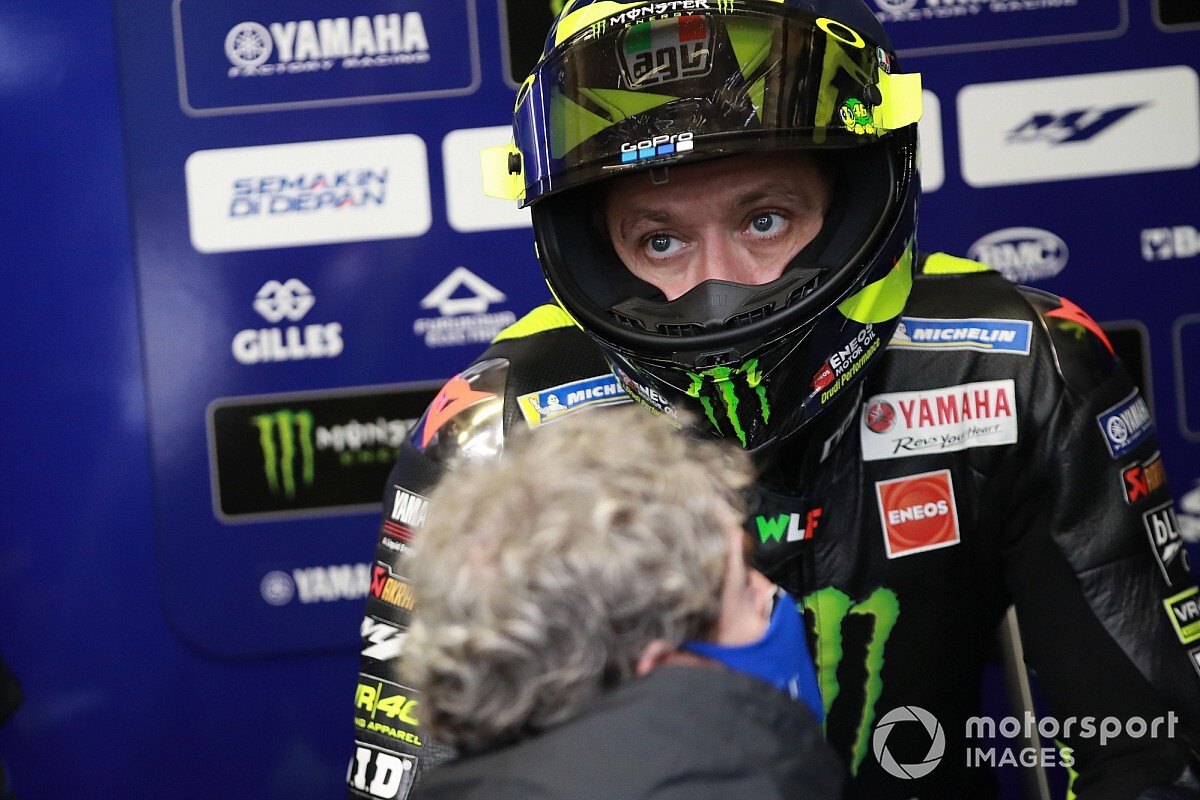 Yamaha has confirmed it will not field a replacement for Valentino Rossi in next weekend’s MotoGP Teruel Grand Prix, ending speculation of a potential Jorge Lorenzo comeback.

Nine-time grand prix world champion Rossi tested positive for COVID-19 at his home in Tavullia, Italy on Thursday and was ruled out of this weekend’s Aragon GP.

Due to the Italian Government’s rule regarding COVID-19, any person who tests positive for the virus must observe a 10-day quarantine period from the moment they receive their positive PCR result.

With the second Aragon GP weekend just five days away, Rossi will not be back in action until November’s European Grand Prix at the Ricardo Tormo Circuit near Valencia.

Rossi’s absence lead to speculation three-time MotoGP world champion Lorenzo could make a surprise comeback to racing next weekend in the Teruel GP.

After retiring from racing at the end of last year, Lorenzo returned to Yamaha as its official test rider.

However, Lorenzo has completed just four days of running on the M1 this year in February at Sepang and last week at the Algarve track familiarisation.

All of his outings have been on 2019 Yamaha, with his best lap in the Algarve test some four seconds slower than the Aprilia of Aleix Espargaro.

MotoGP’s rules on replacement riders state: “Teams must make every reasonable effort to provide a qualified substitute rider to fulfil their entry obligations within 10 days of withdrawal.”

As the 10-day period has not passed, Yamaha is not obliged to field a replacement, but can also reasonably argue that it has no qualified substitute.

Yamaha also explained its decision was motivated by a desire not to add additional pressure on its reduced staff numbers at events as a result of MotoGP’s COVID-19 protocols to “adapt a new rider” to the bike.

As a result, Maverick Vinales – who starts today’s Aragon GP from second – will be Yamaha’s only factory team representative next weekend.

Rossi’s COVID-19 diagnosis comes a week after six members of Yamaha’s technical staff, including project leader Takahiro Sumi, were placed in quarantine ahead of the French GP after one of them tested positive for the virus.

Tony Arbolino has been forced to miss this weekend’s Aragon Moto3 GP despite testing negative for COVID-19 as he was sat close to someone on a plane who did have the virus.

Arbolino and Rossi follow Moto2 frontrunner Jorge Martin in missing races due to COVID-19, after the Ajo KTM rider was forced out of the Misano double-header after testing positive.

Bottas "had the shakes" after Imola pole lap