Maverick Vinales says he’s avoided problems with the Yamaha on the Algarve track surface, and feels the best he has in MotoGP practice since Misano. 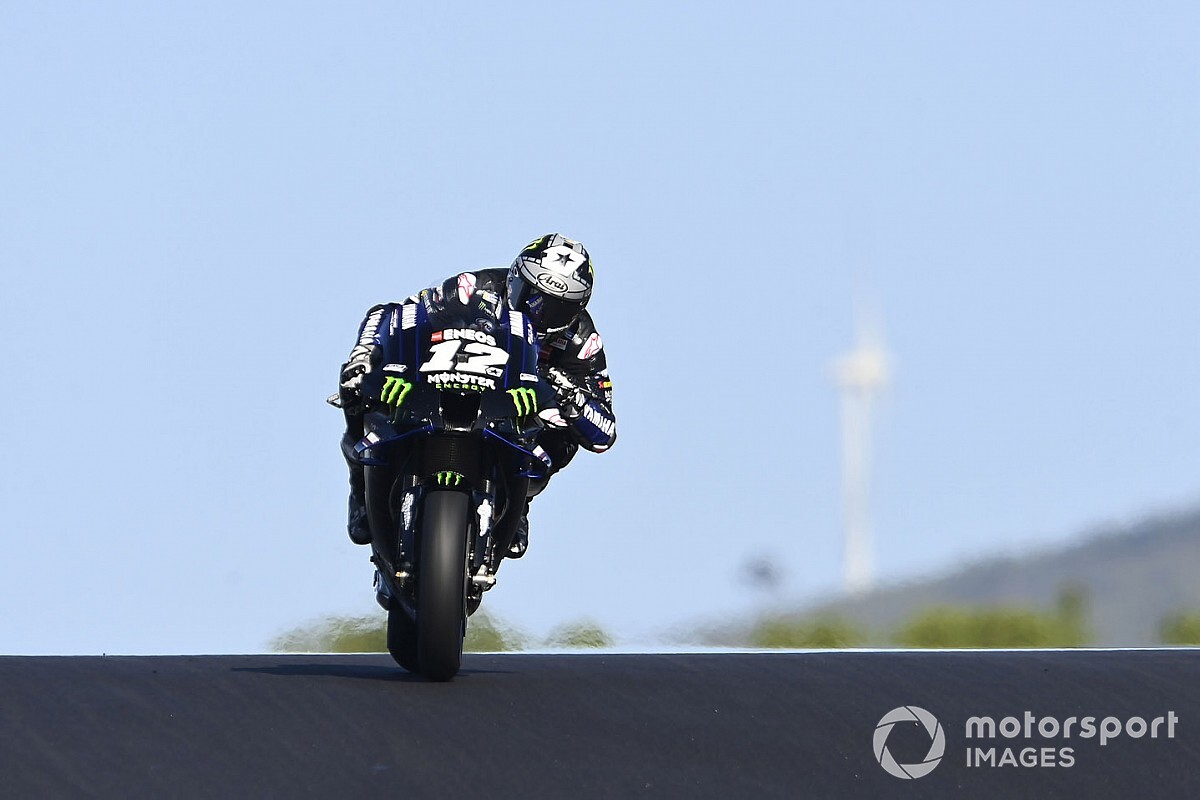 Vinales ended Friday’s inaugural Portuguese Grand Prix MotoGP running at the Algarve circuit second overall behind pacesetter Johann Zarco, and admitted it’s been “such a long time” since he felt as competitive as he has.

The Yamaha rider says this is down to the asphalt at the Portuguese venue being totally different to what he ran on at Valencia, where he struggled to 10th last weekend, and this is masking the M1’s usual grip and traction problems.

“The time I felt like this was Misano, both races, so I think we have a good opportunity to ride the bike and enjoy,” he said. “Now we need to understand many things because a few corners are very difficult with this bike. So, we need to keep working.

“Basically, the asphalt is totally different to Valencia, so I think the bike accepts it much better, especially the first touch [of the throttle] is more grippy and I can ride a bit better. We avoid a lot of problems, especially the lateral slide, traction. So, in this case we are quite comfortable.”

Curiously, he says the circuit’s recently resurfaced asphalt isn’t actually high in grip – much like at Valencia – and Yamaha still “needs to understand” why none of its Valencia problems are affecting it.

“Well, the grip is not very high but I have traction,” he added. “So, it’s something we need to understand and why we didn’t have that traction in Valencia. Today we worked with the height of the bike, we didn’t change the weight balance, this I think we will do tomorrow.

“We played with the [ride] height. We need to understand what is the best for the race and qualifying. So, in the end I think the time attack was quite good. The soft tyre is not unbelievable, it’s too soft on the left, so for sure I can’t take out the maximum performance.

“So, tomorrow we need to understand how to do it.”