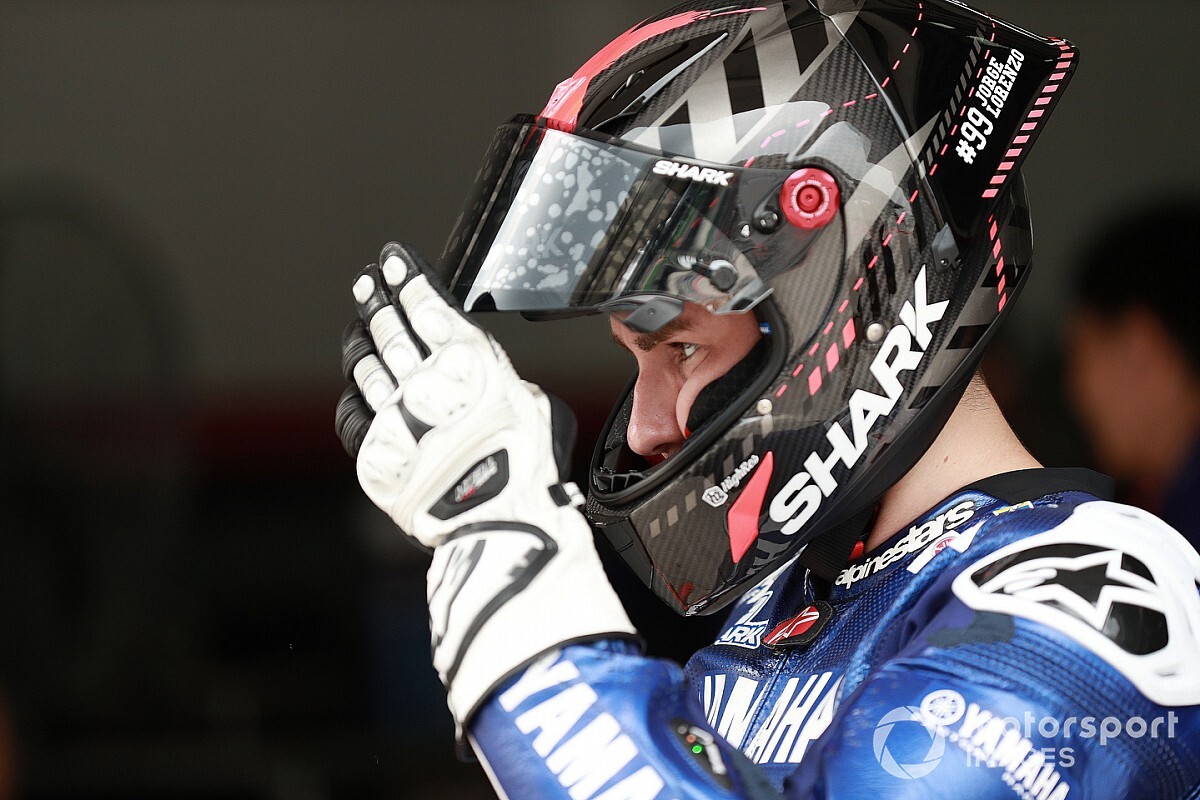 Retired three-time MotoGP world champion Jorge Lorenzo admits an Aprilia test rider role is an option for 2021, but insists his priority is to remain with Yamaha.

Lorenzo returned to Yamaha – with whom he won his three MotoGP titles – in the winter as its official test rider following his retirement from racing at the end of last year.

However, due to COVID-19, Lorenzo has had just three and a half days of testing since February on the 2019 M1 – with the recent outing in Portugal shortened owing to Yamaha staff needed at Le Mans when six members of the race team were forced into isolation when one tested positive for the virus.

Motorsport.com reported earlier this week outgoing Ducati rider Andrea Dovizioso was negotiating with Yamaha for a test rider role, with rumours emerging Lorenzo could be off to Aprilia. In an interview with Spanish outlet AS, Lorenzo confirmed Aprilia is an option, but wants to stay with Yamaha if he can.

“As I said a few weeks ago, I want to continue as a tester and my first option is still Yamaha,” he said. “So, I have won with them and because I feel very good with the bike, but there are options as well.

“The other option is Aprilia, yes. I spoke with [Yamaha team boss] Lin Jarvis and he told me he would soon have news from Japan about the plan they would like to implement for next year, and I am waiting to hear from him.”

He added: “[Yamaha] has priority because the present team always have priority in all cases, and because of the comfort of knowing people already and because of what I have achieved with them in the past because Yamaha is the only factory in which I have been MotoGP champion and because the M1 for me has always been a natural bike.”

Lorenzo’s last test on the M1 in Portugal ended with him being four seconds off the pace of Aprilia’s Aleix Espargaro. But he feels basing his form on that test would be a “big mistake” as the Portugal test wasn’t planned, and so Lorenzo had eased off his training having been told – due to COVID-19 – in June he wouldn’t be riding again in 2020.

“In June, when we were full COVID I was informed from Yamaha that there would surely be no more tests,” he explained. “So, I lowered my training pace because I didn’t know what I would do next year and, if I continue, I would not have more tests until February.

"[Yamaha team director Massimo Meregalli] told me there was this test at Portimao to prepare for the race and I started training as best I could.

“There was little time left and I did not arrive in the best shape, and in addition I had not been on a MotoGP bike for eight months, which is a super-extreme motorcycle. So, you lose everything, you lose your rhythm, your reflexes, your reaction time slows down and until you get back all that you need a few days of acclimatisation to MotoGP [even if] your name is Lorenzo, [Valentino] Rossi or [Marc] Marquez.”

Lorenzo also feels it will be “impossible” for Yamaha to find a test rider who can ride the Yamaha as naturally as him.