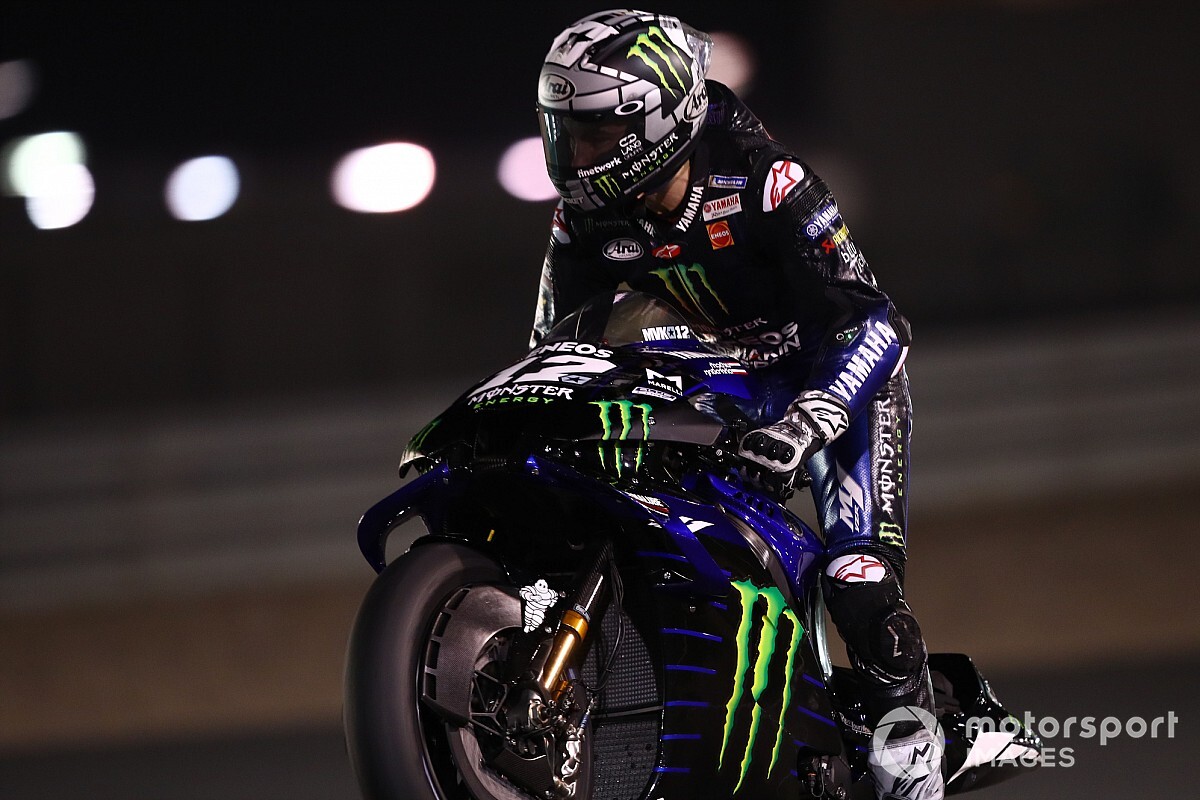 Maverick Vinales says the arrival of a holeshot device on Yamaha's MotoGP bike for 2020 is "super important" as he looks to improve his starts, one of his main weaknesses in recent seasons.

Vinales often suffered off the line last year, gaining positions on the opening lap only five times in 19 races and losing a cumulative total of 29 places compared to his grid slots.

Victories at Assen and Sepang helped the Spaniard to third in the riders' standings, best of the Yamaha riders, but there were numerous occasions where Vinales' strong pace in the latter part of the race wasn't enough to make up for a bad start.

Yamaha has followed Ducati's lead in adding a holeshot device - which lowers the rear of the bike to allow for a faster launch off the grid - to its 2020-spec M1, and Vinales spent February's pre-season tests in Sepang and Qatar trying the new system.

"I think we've improved a lot because of that and it gives me confidence that we can get off to a good start, so it's a super important development," Vinales told Motorsport.com.

"Last year there were some races where I had a very good pace but I couldn't pass, so it was impossible to do more. That's why we worked hard to improve the start and the first few laps.

"It's clear that our chassis is very good: it's easy to ride and to take to the limit, but we had some weaknesses to work on and I think Yamaha responded in the right way."

Vinales said he was also satisfied with the 2020-spec M1's increase in power, something he feels will help him to move up the order in races.

"This year [during pre-season testing] I tried to get in the wake of several bikes, both Honda and Ducati, and I have to say that now we can stay there," he said. "This is certainly important to try to prepare a good overtake."

Yamaha team manager Massimo Meregalli admitted that the M1's lack of power was often responsible for Vinales and others suffering at the start of races.

But he said that the arrival of the holeshot device has the potential make a big difference to the Iwata marque's fortunes.

"The problem wasn't so much with the riders who didn't perform well at the start, as the bike that lacked power at full throttle," Meregalli explained to Motorsport.com. "Especially on tracks where there are hundreds of metres from the start to the first corner, we were suffering a lot.

"In some situations last year it was difficult for us to even keep in the slipstream, but this year things are different. If you can stay in the slipstream or even manage to gain a little bit, you can even try to overtake on braking.

"From the Sepang test, where we started using the [holeshot] system, we gained tenths, so I am curious to see it in action in the race.

"It is important for us not to lose positions at the start, because if we can put ourselves in the first three positions right away, the complexion of the race changes."

Having run the system in several races towards the end of last season, Ducati has evolved its holeshot device into something that can be used not only at the start but at any time during the race, as seen during Sepang pre-season testing.

Meregalli admitted that Yamaha may eventually be forced into copying its Italian rival should its system prove to give it a competitive edge.

"It's something that can give you an advantage," he said of Ducati's holeshot device. "For the moment, ours is designed to be used only at the beginning [of the race], but if we realise that it will also be necessary to go in that direction, we will do everything to implement it."