© 2021 Motorsport Network. All rights reserved.
TV Tickets Fashion Giorgio Piola Jobs
Previous / Aprilia has "no excuse" not to improve in 2019 Next / Pressure is on Marquez, not Lorenzo - Rainey
MotoGP Breaking news

Valentino Rossi says Yamaha must match the level of effort Ducati and Honda are making if it wants to win again in MotoGP, with staff levels "closer to Formula 1".

After a disappointing 2017 season, Yamaha endured an even worse 2018 campaign in which it broke its record for its longest-ever premier class win drought, which was finally broken by Maverick Vinales in Australia.

That was the only race won by a Yamaha rider this year, with the other 17 being shared by Honda and Ducati.

Although Rossi and Vinales finished the year third and fourth overall respectively, the works Yamaha team dropped out of the top two in the teams' standings for the first time since 2007, accruing its lowest points tally since the same year.

Rossi believes part of the reason Yamaha has fallen behind in the last two seasons is that the Iwata firm is not investing the same amount of resources in terms of personnel on the ground at races.

"In recent times, especially in the last year-and-a-half, the technical situation in MotoGP has changed a lot," said the Italian.

"Ducati was the first to make a step with the quantity of people and of engineers that work. It's a bit closer to Formula 1, while remaining very far away. Honda followed and I have spoken about this.

"Now to win in MotoGP, you need to make an effort of this type. We need to see if this happens with Yamaha."

Rossi and teammate Vinales struck very different tones during last year's final test at Jerez, with the latter declaring his speed proves that Yamaha is now strong enough to fight for the title again.

That followed on from Rossi saying he felt the latest iteration of the M1 Yamaha brought to Jerez was "not the improvement we need" and that the bike's drawbacks were "more or less the same" as its predecessor.

Despite suggestions that Yamaha may have to split development in order to produce a package to suit both Rossi's and Vinales' tastes, Rossi insists he's happy for whatever Vinales asks for to form the basis of development.

"If they bring new things for Vinales, I would be happy, because I would get to try them too," said Rossi. "The things that we both say are very similar and we find ourselves in agreement almost always regarding the development on the bike.

"If Yamaha wants to bring everything he asks for, for me it’s very good, because at least they are bringing something. Because 90 percent of the time we say the same things." 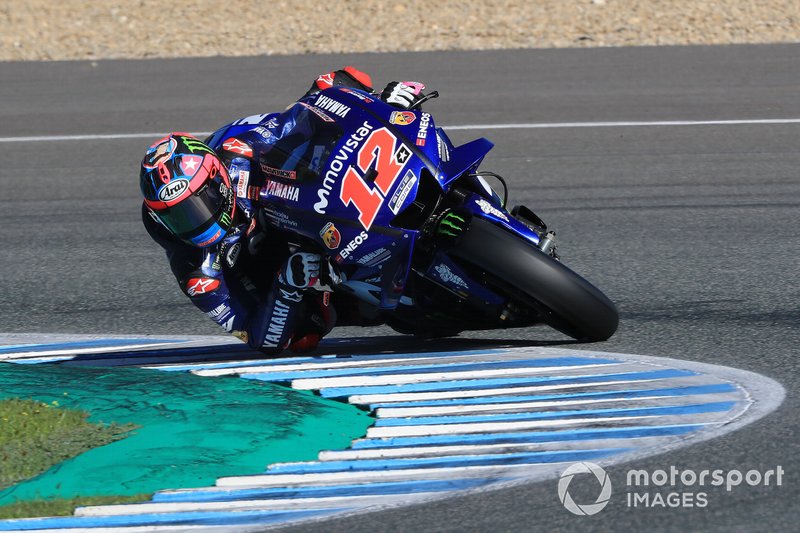 Pressure is on Marquez, not Lorenzo - Rainey