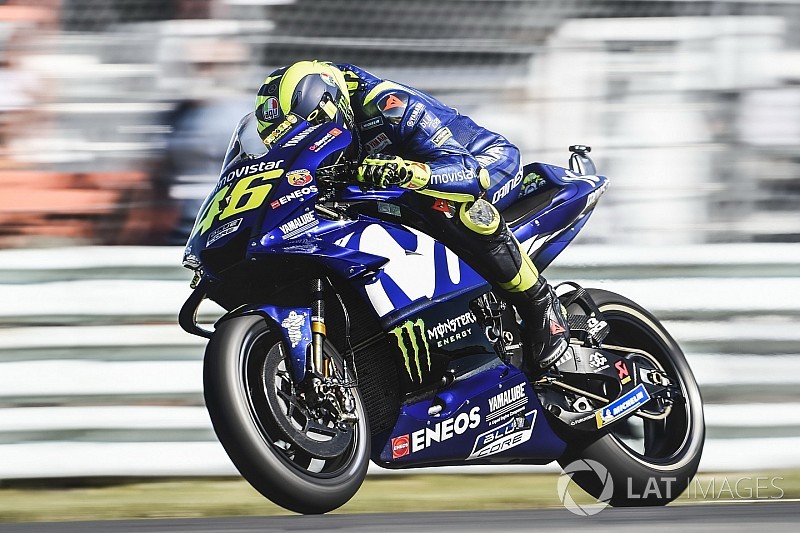 Yamaha has confirmed that Monster Energy will become its new title sponsor in MotoGP from the 2019 season as part of a multi-year agreement.

As reported by Motorsport.com on Saturday, Monster replaces outgoing sponsor Movistar, which has backed Yamaha's factory machines since the 2014 season.

The Iwata squad will be officially renamed 'Monster Energy Yamaha MotoGP Team' in 2019.

Although not confirmed, the new tie-up means Yamaha's pair of works M1 could switch from a mostly dark blue design to a largely black livery similar to that used by satellite team Tech 3.

Yamaha MotoGP team boss Lin Jarvis said: "We are delighted to have reached agreement with Monster Energy as the new title sponsor of our factory MotoGP Team.

"The new partnership will provide Monster Energy with an even stronger presence in the MotoGP class – the pinnacle activity of the motorcycle racing world.

"With Monster Energy being a very dynamic brand that‘s extremely active all around the world, we expect that this collaboration will further enhance the exposure of both brands and also give us a great platform for marketing activities."

Monster Chairman and CEO Rodney Sacks added: "It‘s with great pride that we announce the next chapter of Monster Energy‘s decade long association with and participation in MotoGP, which will be anchored by our alliance with the Yamaha Factory Racing MotoGP Team.

"Having shared our passion for this sport with Valentino Rossi, Maverick Vinales, Jorge Lorenzo, Cal Crutchlow and Johann Zarco (among others) as well as the wider Yamaha family for multiple years; the prospect of developing our relationship with the team is something we are hugely excited by."

Factory Yamaha riders Rossi and Vinales are already both sponsored by Monster, while Jorge Lorenzo - who moves from Ducati to Honda next season - is set to cut his ties with the brand due to his new employer's ties with Red Bull.

The Austrian firm is set to replace Monster as Tech 3's title sponsor in 2019 as the French outfit transitions from Yamaha to KTM machinery.

Espargaro was "trying too hard" in first-lap crash