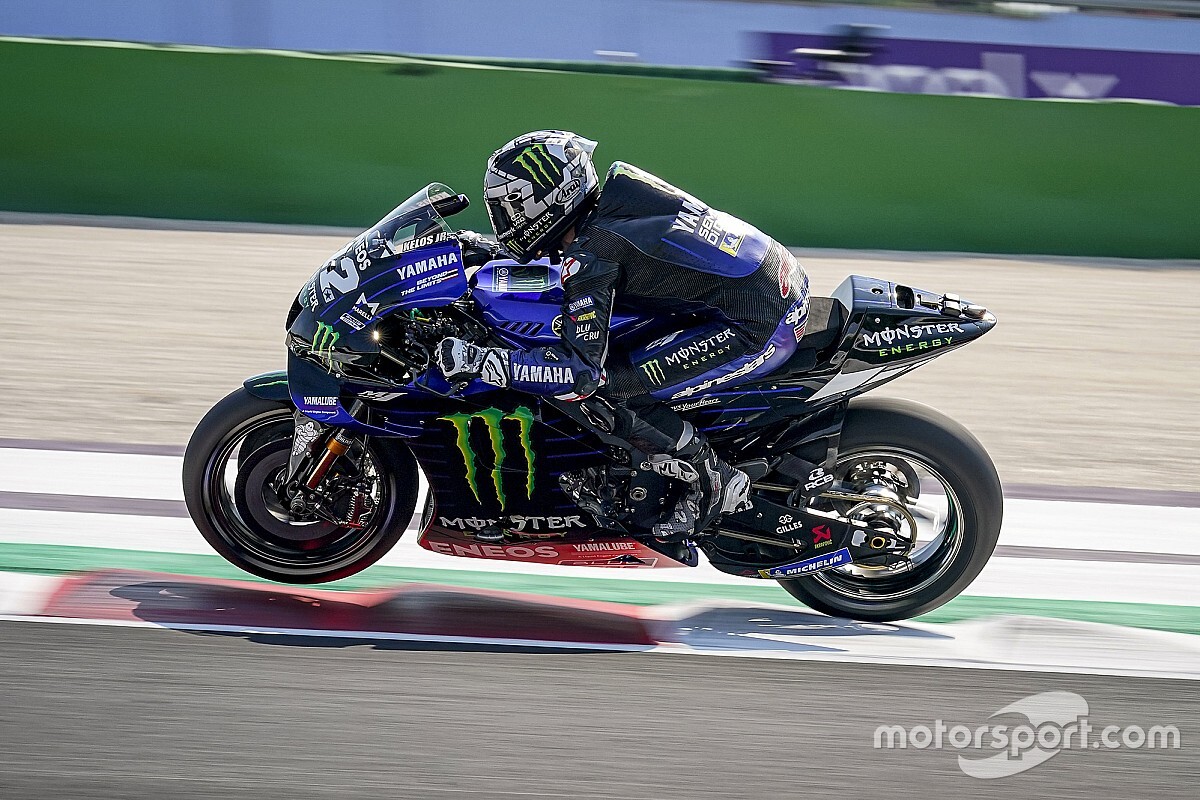 Maverick Vinales says he “wants a reaction” from Yamaha to cure his grip woes in races, after struggling in last weekend’s MotoGP San Marino Grand Prix.

The Yamaha rider smashed the Misano lap record to claim pole and was expected to be the factory team’s main threat for victory following a strong set of practice sessions.

But he quickly dropped out of the podium battle in the race, before his pace began to improve in the second half to finish sixth – although he ended up 5.3 seconds behind Yamaha-mounted winner Franco Morbidelli. Vinales brushed off speculation that his choice to be the only rider to run the hard rear tyre played a part in his troubles.

He topped the Tuesday test at Misano – branding it his “best test of the year” – but knew this would be the case owing to the excess of MotoGP Michelin rubber on track. He has urged Yamaha to find a solution to allow him to have the same feeling of grip when riding on top of the Moto2 Dunlop rubber on Sunday afternoons.

When asked by Motorsport.com how he will approach this weekend, Vinales replied: “I need to be quicker, so then the damage is less. So, if I’m a bit quicker in the practices, I’ll be a bit quicker in the race. We will try our maximum. For sure it’s not an easy point for us because we suffer a lot all the time on that.

“But I want a reaction from Yamaha. I want them to provide me with the best, because we came from Saturday to make a lap record in qualifying, from being a beast on track, and then we were a little kitty on the track. It’s something strange. I take it with humour because it’s the only thing I can do.

“On the test I felt good, honestly, I felt incredible on the bike. We rode fast because at the end of the day I rode in 1m32s-low with a lot of laps on the tyre as the rhythm, which is good.

“As we know, when there is Michelin rubber, there is good grip, I can do whatever I want with the bike. But when there is no grip, it is difficult to ride.”

Vinales tested a new exhaust and carbon fibre swingarm on Tuesday, as well as some suspension settings, and confirmed he will run the exhaust and swingarm this weekend in the Emilia Romagna GP.

Team-mate Valentino Rossi says it is also in his plan to evaluate the new parts again this weekend.

“Tomorrow I will start with a bike very similar to last weekend, but yes it’s also in my plan to use [the new exhaust and swingarm],” replied Rossi. "We have [a] different swingarm and the pipe. For sure If I use the pipe you will see, because it’s very big.

“For us, it’s in the programme to try during the weekend.”