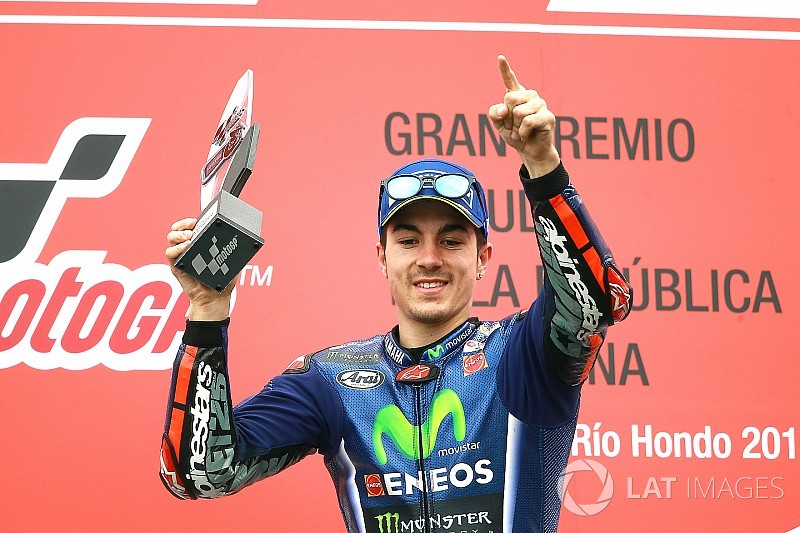 According to Jarvis, Vinales and Lorenzo have two completely opposing characters but also have some characteristics in common, which are positive when it comes to the pressure of competition.

During the first half of his debut season with Yamaha, Vinales has experienced several things: he dominated winter testing and started the year with two victories, but since then has suffered an inconsistent stretch of form that has cost him the championship lead.

At the halfway point of the year, Vinales lies second in the standings, just five points behind Marc Marquez. He's also achieved three victories, more than any other rider in the category.

And although things are more contested than ever, for now at least, within the Yamaha camp everyone is happy with how the Yamaha-Vinales partnership has started.

"Maverick is in good shape, there's no doubt. He has won more races than any other up until now and the team is working well," Jarvis told selected media, including Motorsport.com.

"Yamaha has led in four of the nine past races, even though we've had some ups and downs. We weren't strong at some tracks where we normally were fast; this fact was quite disturbing."

For the Briton, Vinales has some gestures and reactions that remind him of Lorenzo, who moved to Ducati after nine seasons as a factory Yamaha rider.

But at the same time, the team boss says that the personalities of the two Spanish riders are very different.

"Vinales and Lorenzo are very different and their characters are too," Jarvis added. "What I really see is that both have things in common: they have a lot of talent and a big ambition.

"I'm convinced that Maverick will win several MotoGP titles, as Jorge did.

"Another thing is that they are very impatient and sometimes, when they don't get their goals, they get very frustrated.

"Maverick wants to win today and if he wants, he will repeat it tomorrow, and the day after."