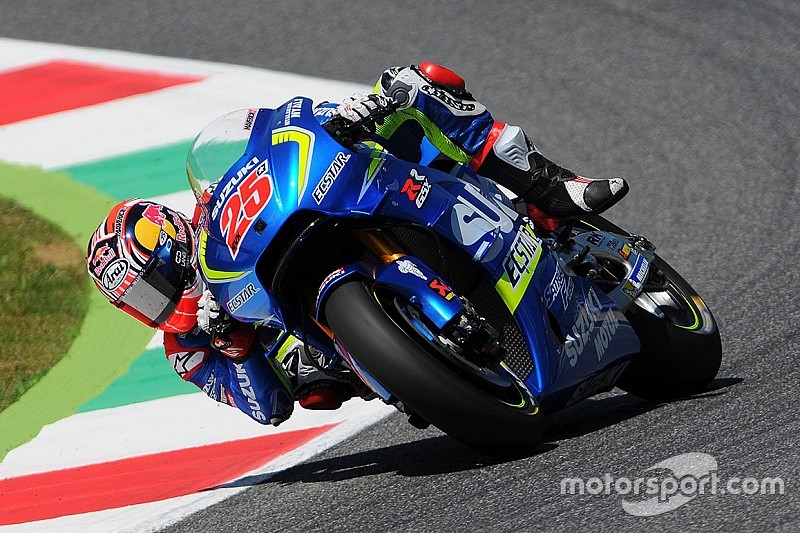 Maverick Vinales is convinced he could have finished on the podium in the Italian Grand Prix if not for an electronics problem that caused him to plummet down the order at the start.

Starting from second on the grid at Mugello, Vinales suffered an awful start, the Suzuki rider tumbling nine places to complete the first lap in 11th place.

He steadily recovered thereafter to finish sixth, 8.6 seconds down on race winner Jorge Lorenzo at the chequered flag.

Speaking to media after the race, Vinales was adamant he could have scored a second successive podium if not for his bad start, having lapped at a similar pace to Lorenzo and Marc Marquez after clearing slower bikes early on.

“We had a problem with the electronics, I don’t know [exactly what] really," said Vinales, who had topped Sunday morning's warm-up session.

"Suddenly the bike stopped giving power, then everyone overtook me. I changed gear and it came back normal.

"Honestly, I’m really sad, because I could have fought for the podium.

"After I overtook all the riders, I had the same pace as Jorge and Marc. With a good start, I could have been there."

Tyres "destroyed" at the end

Vinales explained that he was unable to make further inroads later in the race because of how much he had used up his tyres in the opening laps.

"I stressed the tyres a lot to try to overtake and accelerate good, and finally I destroyed the tyres," admitted the Spaniard.

“Finally with four laps to go, I really didn’t push because I was close to crashing – and finally I say, ‘today sixth position is my place.’

"But the bike was working good, I recover a lot, so the pace was to be at the front."