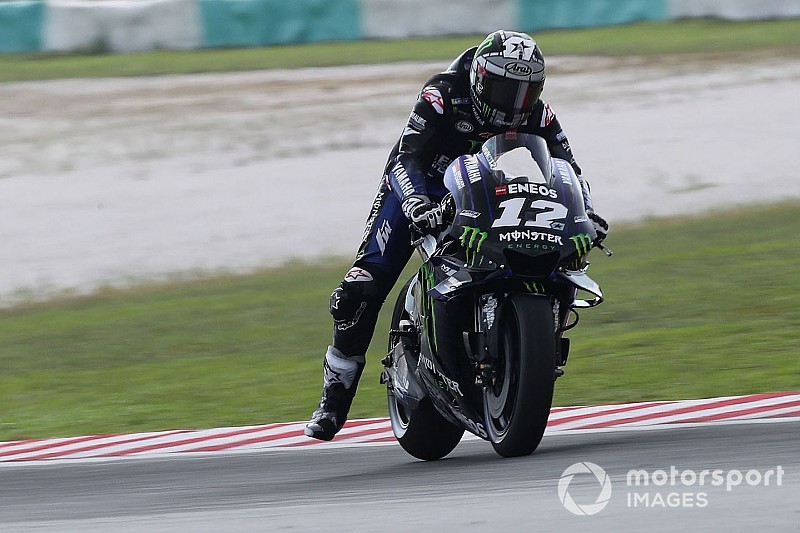 But while Vinales had left it late to snatch the top spot, having trailed Rins through the first two sectors, his margin over the Suzuki man in the end was a hefty 0.527s.

Dovizioso had initially usurped the top spot in the third hour, eclipsing Marc Marquez's Wednesday benchmark with a 1m59.562s laptime that for a while looked set to secure him the day's honours.

LCR Honda's Cal Crutchlow, making his comeback on a MotoGP bike after a major ankle injury cut his 2018 campaign short, had come within 0.004s of Dovizioso's lap a few minutes later, but it took another five hours before the Italian was finally deposed.

Rins, who sat ninth heading into the final minutes, first improved to sixth place and then recorded a 1m59.424s to snatch the top spot.

But Vinales went quicker still, recording the first sub-1m59s effort of the test.

Pramac Ducati's Jack Miller was another rider to improve in the final seconds of the session, snatching third place from works rider Dovizioso, as Crutchlow, who had a crash at Turn 5, settled for fifth.

Valentino Rossi sat just a few hundredths behind Yamaha teammate Vinales for most of the test but wound up sixth, seven tenths down, after the Spaniard's late charge.

Tito Rabat (Avintia Ducati) passed Marquez (Honda) late on for what would ultimately end up being seventh place, with the still-injured Marquez once again ending his programme for the day several hours early.

Pramac rookie Francesco Bagnaia crashed during the day, but went on to finish as the best of the Moto2 graduates in 12th.

Stefan Bradl, substituting for Jorge Lorenzo at Repsol Honda, took 16th, heading KTM's Pol Espargaro – who was thrown off his RC16 at Turn 1 for his second crash in two days – and Aprilia's Andrea Iannone.