Vinales can be "a great fighter" in Teruel MotoGP 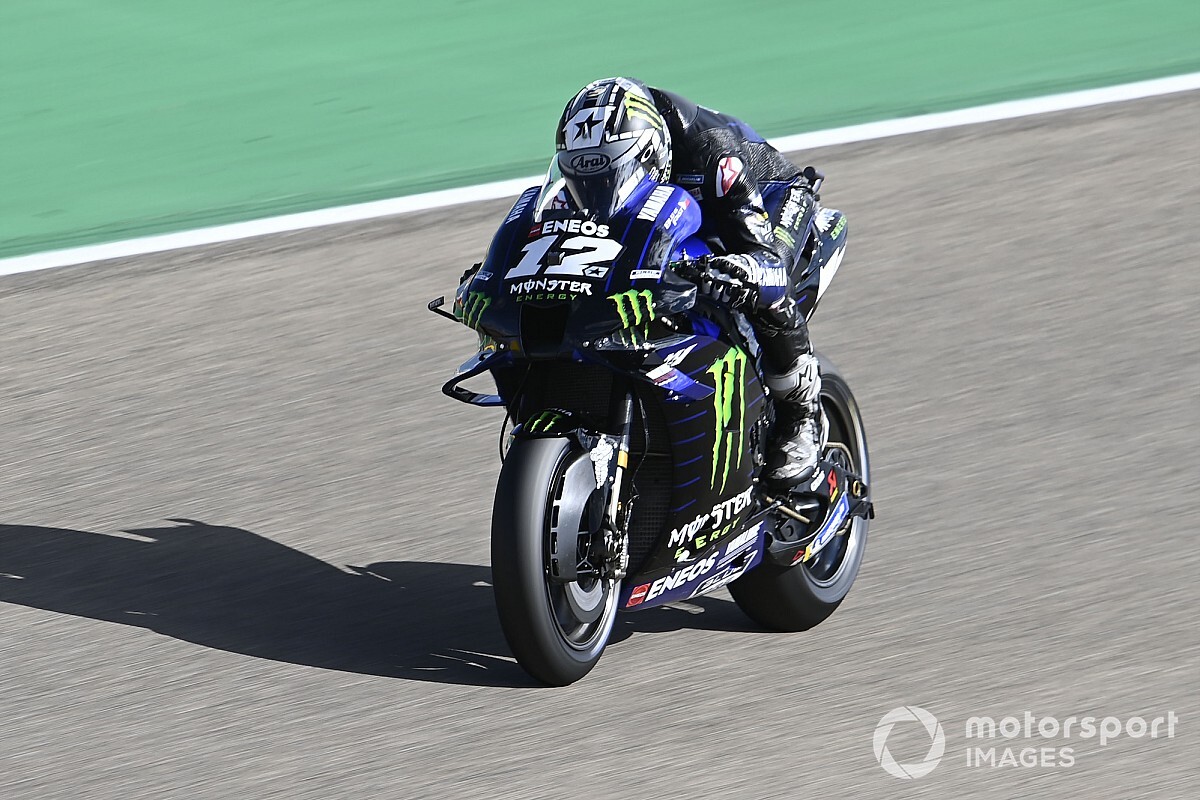 Yamaha’s Maverick Vinales says he is “convinced” he can be “a great fighter” in the MotoGP Teruel Grand Prix despite starting from the second row.

All of Yamaha’s victories in 2020 have come from the front row, with both Vinales and Fabio Quartararo admitting earlier this season that it’s “difficult” to overtake with the M1 largely because of its power deficit.

Fourth-placed Vinales has the fast-starting Ducati of Johann Zarco alongside on the second row, with the Honda of poleman Takaaki Nakagami, Petronas SRT rider Franco Morbidelli and Suzuki’s Alex Rins ahead.

Despite the Yamaha’s difficulty in combat, Vinales believes the work his team did to his bike on Saturday have given him a chance to fight – though concedes “everything has to [happen] on the first places on the first lap”.

“I’m convinced I can be a great fighter because I felt quite good on braking and the bike’s traction especially is quite nice,” Vinales asked if his second row in qualifying was good enough to mount a victory challenge.

“For sure, any result will be good for us, so I will try to push at the maximum.”

Vinales says he had a “very different bike” for Saturday’s FP4 session, which allowed him to make a step on race pace but wasn’t optimised for qualifying.

“Well, actually I was using a different setting on the rear of the bike, which gave me a little bit more traction, which is always good,” he explained.

“But, as I said, when I put on new tyres I needed to set-up the bike better to be fast because the rear was pushing the front a lot and I was not turning.

“But for the race, I feel quite convinced and positive because I know I can have good grip, and this is very important.”

Of the top four in the championship currently, Vinales is the highest placed of them on the grid in fourth, with Quartararo sixth, Joan Mir 12th and Andrea Dovizioso 17th.

The ever-changing situation with COVID-19 still poses a threat to the end of the championship, but Vinales insists he is not heading into the race solely looking at it as an opportunity to strengthen his title charge.

“My mentality is that I have nothing to lose,” he said. “I will push at my maximum from the first corner and I will try to give the best result.

“Sure, I don’t think about Fabio [Quartararo]. I’m focusing on myself and trying to improve the weak points we have and also the strong ones.

“So, I’m looking at myself, trying to be better in every race. This is the plan we have.

“For sure it’s better they stay behind in qualifying, because with the lap time I did I was not sure I was [going to be] on the second row.

“But finally, everyone struggled. So, quite happy and optimistic that I can do a good race.”