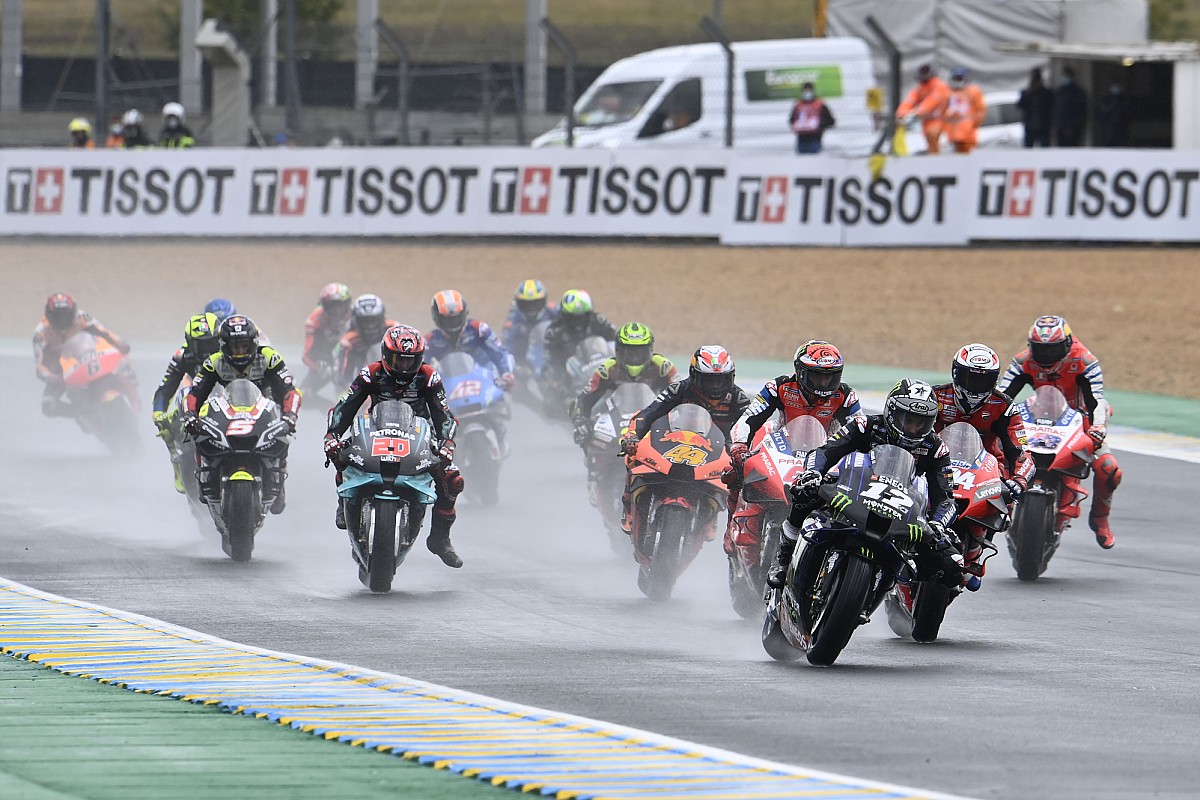 Maverick Vinales says he was inspired to start the MotoGP French Grand Prix without launch control because he saw KTM's Dani Pedrosa do so successfully at the Algarve test.

Yamaha's Vinales opted to start last Sunday's wet Le Mans race without use of the electronics launch control system as he had tried several in practice and found the feeling on the bike to be positive.

However, his start in the race was sluggish and he was mired in the pack on the run through the first corners, which ultimately put him in the position to be forced off track by teammate Valentino Rossi's crash at the Dunlop chicane.

Vinales recovered from outside of the points to finish 10th at the chequered flag.

Asked to explain his reasoning for starting without launch control, Vinales says he saw Pedrosa do something similar last weekend during the Algarve track familiarisation test and noted the KTM test rider "seemed so fast" off the line.

"I saw in Portimao Pedrosa was starting without the electronics and the starts seemed so fast," he explained.

"I tried and tried and tried, and in practice I started really good, better than I normally start. But in the race it was more difficult, so I need to do more practice starts to be more competitive.

"I will continue trying, I will try to do it on my way and I'll try to be more competitive when I start.

"When you are in practice, you have five litres [of fuel onboard]. When you are on the grid it's 20 litres, so the feeling is very different."

The long back straight poses a problem for the down-on-power M1, not least because it is preceded by a low-gear acceleration zone where Yamaha rider's have struggle this year.

However, Vinales believes the flowing nature of the rest of the 3.15-mile circuit will play into the M1's strengths.

"In this track it's a little bit different because the long straight is from a really slow corner," Vinales said when asked by Autosport if he was worried about racing at Aragon.

"So, sure, it will be a disadvantage. But there is a lot of round corners, with a lot of speed and we have a lot of traction this year.

"So, for sure we need to work a lot in sector one, two and three to not have do much disadvantage in four. So, the main key will be to do a super sector three.

"For sure, if in the last lap I have to fight with someone I can overtake in sector three. So, this will be the key point from the weekend."