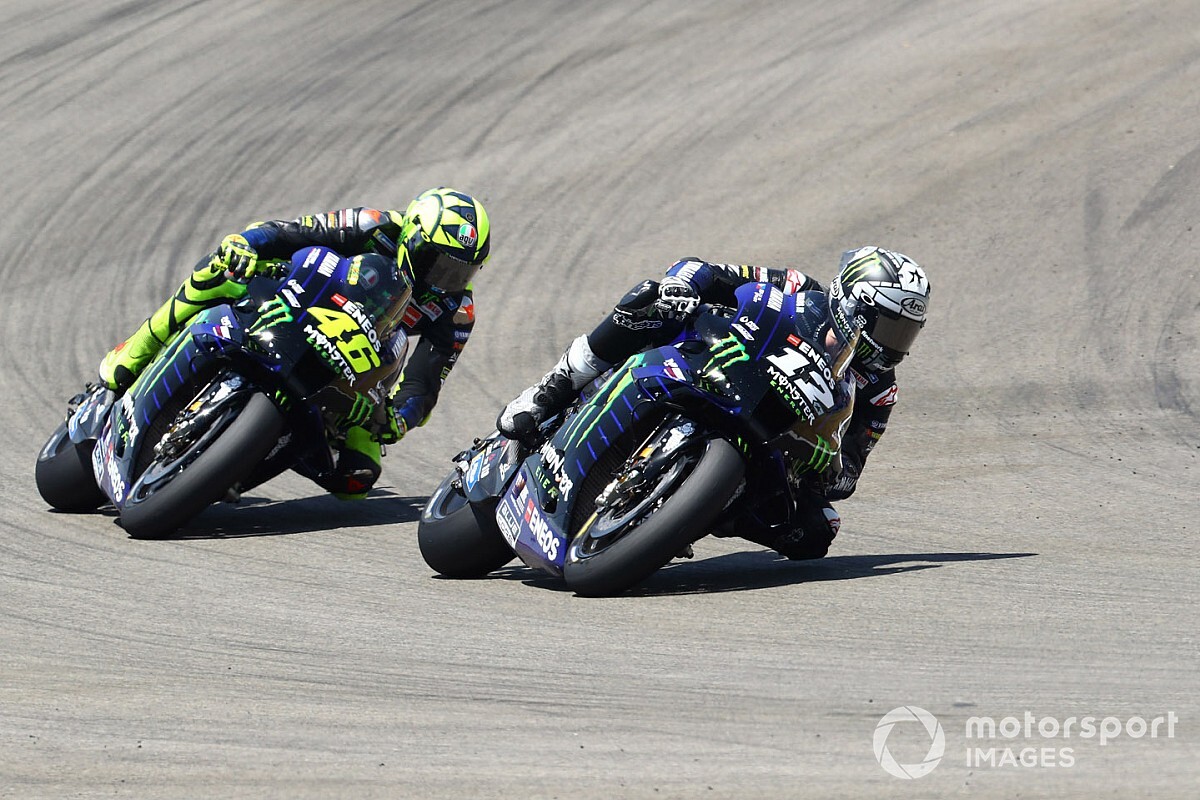 Maverick Vinales admits he “couldn’t breathe” when running behind his Yamaha teammate Valentino Rossi in the MotoGP Andalusian Grand Prix owing to the massive heat.

The riders had to battle a brutal 40 degree heat in the second round of the 2020 season at Jerez, with that heat only intensifying when riding in the wake of other machinery’s exhaust gasses.

Vinales ran second off the line, but ran wide at the final corner at the end of the first lap and dropped behind Rossi.

The Spaniard struggled to find a way through and ended up behind the Pramac Ducati of Francesco Baganai and Petronas Yamaha’s Franco Morbidelli midway through.

Though he eventually recovered to take second from Rossi on the penultimate lap when the Italian made an error at Turn 9, Vinales admits it would have been a “different race” had he taken the lead from eventual winner Fabio Quartararo at the start.

“Well, actually in this race it was impossible to breathe,” Vinales said in parc ferme.

“So, I could not do anything. Then I was stuck behind Vale. I could not breathe most of the laps, I was destroyed.

“I don’t know why, maybe the heat from the other bike. But I was completely done today, I could not do more.

“I was saving maybe for the last five laps and I push at the end, went on a good rhythm again.

“Today I missed [out at] the first corner, if not then I think it would have been a different race.”

Though Vinales ended up 4.4 seconds from the lead in a race he was expected to fight for the win in, leaving the Jerez double-header with 40 points means it was “not a missed opportunity”.

"It is not a missed opportunity,” Vinales said.

“We have 40 points, we are not far from the first [rider in the championship], I do not see it as negative.”