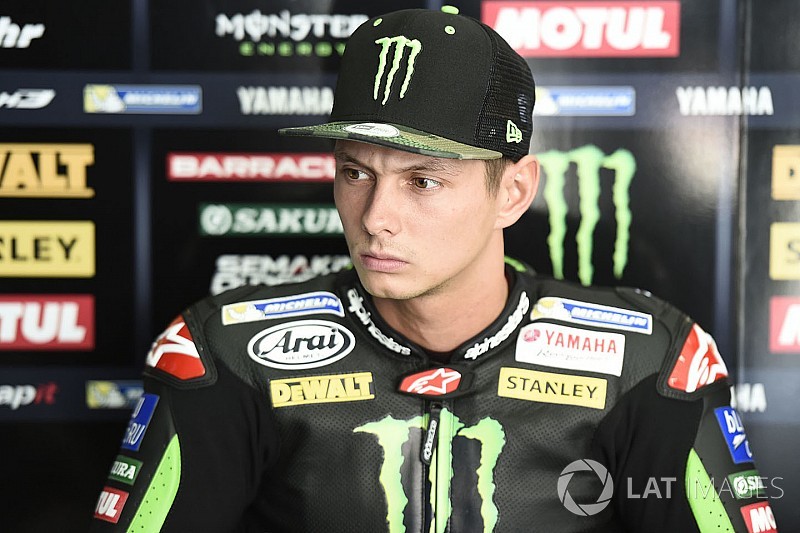 Michael van der Mark says he would be interested in taking up a Yamaha MotoGP test role following on from making his premier class debut last weekend at Sepang.

The Dutch rider filled in for the unwell Jonas Folger at the satellite Tech 3 team in Malaysia, finishing 16th in wet conditions.

With Folger unlikely to be back for the Valencia finale, van der Mark is set for another MotoGP outing at the Spanish track after he completes his World Superbike campaign in Qatar this weekend.

Van der Mark will continue with Yamaha's WSBK squad next year, but said he would be interested in taking on MotoGP test duties for the manufacturer to gain further experience of the M1.

"If I can ride more this bike I would be better prepared if I have to replace somebody again, so for me it is really interesting," said van der Mark.

"I heard these rumours, but first they need to ask me."

Ducati test rider Michele Pirro was reportedly approached by Yamaha about joining its test team, but will remain loyal to his current employer.

Yamaha's current primary tester is 36-year-old Katsuyuki Nakasuga, who is traditionally handed a wildcard outing at Motegi every year in addition to his All-Japan Superbike commitments.

It also has 21-year-old Kohta Nozane, who deputised for Folger in Motegi, on its books.

Van der Mark admitted he was considering turning down the chance to race in Sepang, as it fell between two WSBK race weekends in Jerez and Qatar, but was satisfied with how the outing went.

"To be honest, the schedule is so busy that I wasn't sure about doing it, but then I thought I go," he said. "Sepang is a track I like a lot and [it is] also far away from Europe, so a lot less pressure. I am happy I did it.

"People from outside, they look at the result and they will think it is not amazing. But to be two seconds off the fast rider in only the second dry practice is something that makes me really happy.

"It's more my own feeling and also my first experience and the M1 was just amazing."

Nakagami gets ex-Pedrosa crew chief for 2018