Rossi explains why he thinks Suzuki is so strong in 2020 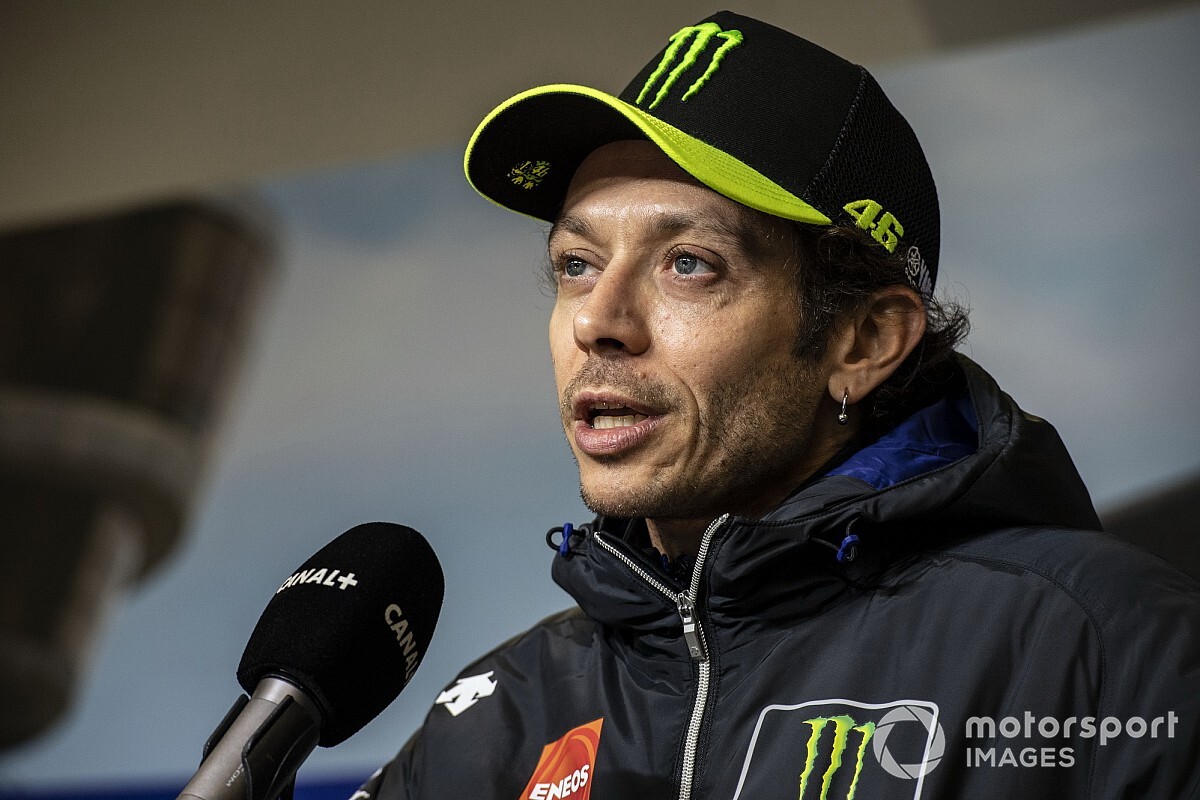 Yamaha’s Valentino Rossi says Suzuki team boss Davide Brivio’s ability to fuse the Japanese factory with MotoGP race team based near Milan is the reason for its stellar 2020 season.

Suzuki is nearing victory in all three world championships this season, with Joan Mir needing just a podium finish in this week’s Valencia Grand Prix to win the riders’ title after moving 37 points clear in the standings with his maiden victory in the European GP.

The Japanese marque also leads the constructors’ standings by seven points, and is 82 clear in the teams’ rankings. Suzuki has won two races in 2020 and registered nine other podiums, while many riders have cited the GSX-RR the ‘perfect’ MotoGP bike.

When asked if he was surprised at the step Suzuki had made this year, Rossi said: “For me, Suzuki work very well because I think Brivio make a fantastic job because he’s able to fuse the work from Japan with the very strong work in Italy. Especially, he’s able to convince the Japanese to work together with the Europeans and the Italians, and he makes a very strong team.

“And it’s not [the] case that the bike is so fast and it improved like this. I think it’s for this reason.”

Yamaha by contrast has achieved more wins, with its riders scoring six victoriues across the 2020 season. But all of them have lacked consistency, with Fabio Quartararo – who is still second in the standings – failing to score a podium outside of his three wins, while Rossi, Maverick Vinales and Franco Morbidelli have added just four other top three results to Yamaha’s tally.

Alex Rins sits joint-second with Quartararo in the standings and explained Suzuki’s step forward with its bike has come from the Japanese manufacturer properly actioning the riders’ feedback.

“They are really doing a good job, altogether with our comments, with our feedback to improve the bike. And now you can see we are leading the constructors’, the teams’ and the riders’ standings, so I think we are on a good way.”