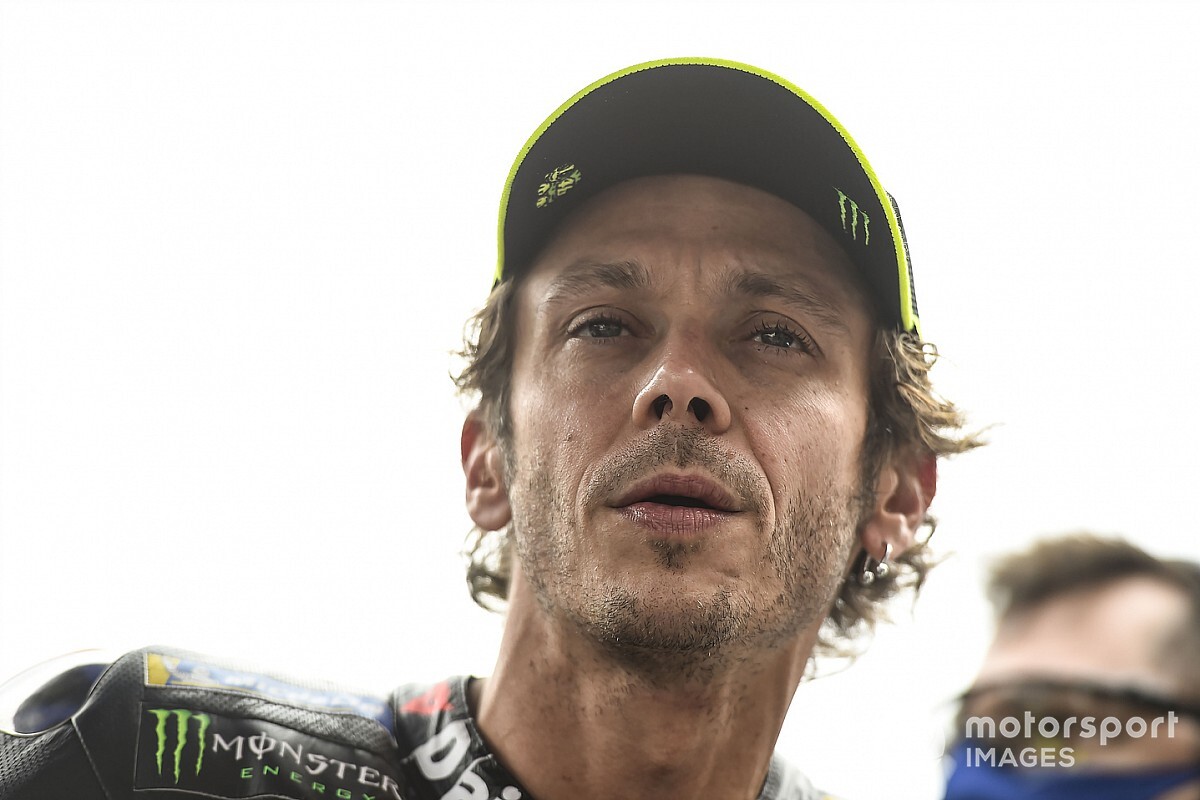 Yamaha superstar Valentino Rossi believes his MotoGP title hopes are now “closed” after crashing out of second position in the Catalan Grand Prix on Sunday.

Running in the podium battle from the off, Rossi found himself in second on lap 14 when Petronas SRT’s Franco Morbidelli made a mistake at the first corner.

But the factory Yamaha rider’s 350th premier class race would last just two more laps, as he crashed at Turn 2 on the 16th tour. Just 26 points adrift of the championship lead ahead of the Catalan GP, he is now 50 points down after registering his second-successive DNF and the third of the season – although mathematically he can still win the title.

“In order not to despair, we have to think that it was a good weekend anyway, that I rode well, that I enjoyed myself and I could play for the win,” Rossi reflected. “We are following a very interesting road with the setting of the bike, so even if the championship is closed for me, there are great reasons to be fast from now to the end of the year. As long as the math doesn't say it, it's not over.

“Unfortunately, I have already made three zeroes and I fell twice in a row due to my mistakes. Then the bike broke down in the first race, so it's difficult. But there are still many races and we will have to try to be fast, if I can ride like this, I can go fast on all sides.”

Rossi concedes he made a mistake by not paying attention to the temperature of the left-hand side of his front tyre at Turn 2, and was trying to push at that stage to reduce the gap to eventual winner Fabio Quartararo.

“We start very, very smooth at the beginning, we had a good pace and I tried to ride very sweet on the front and rear tyre, because I know like everybody at the end of the race we will suffer,” he added. “But anyway, we had a very good pace and we stayed at front, but I don’t push too much there. Franco did a mistake at Turn 1, so from that moment I push because I don’t want to take too much disadvantage to Fabio.

“I wanted to try and stay close to him because I know especially Suzukis at the end are very strong. But I did a mistake. So, looking at the data it’s a really, really similar to the lap before but with this temperature I need to pay more attention on the left.”