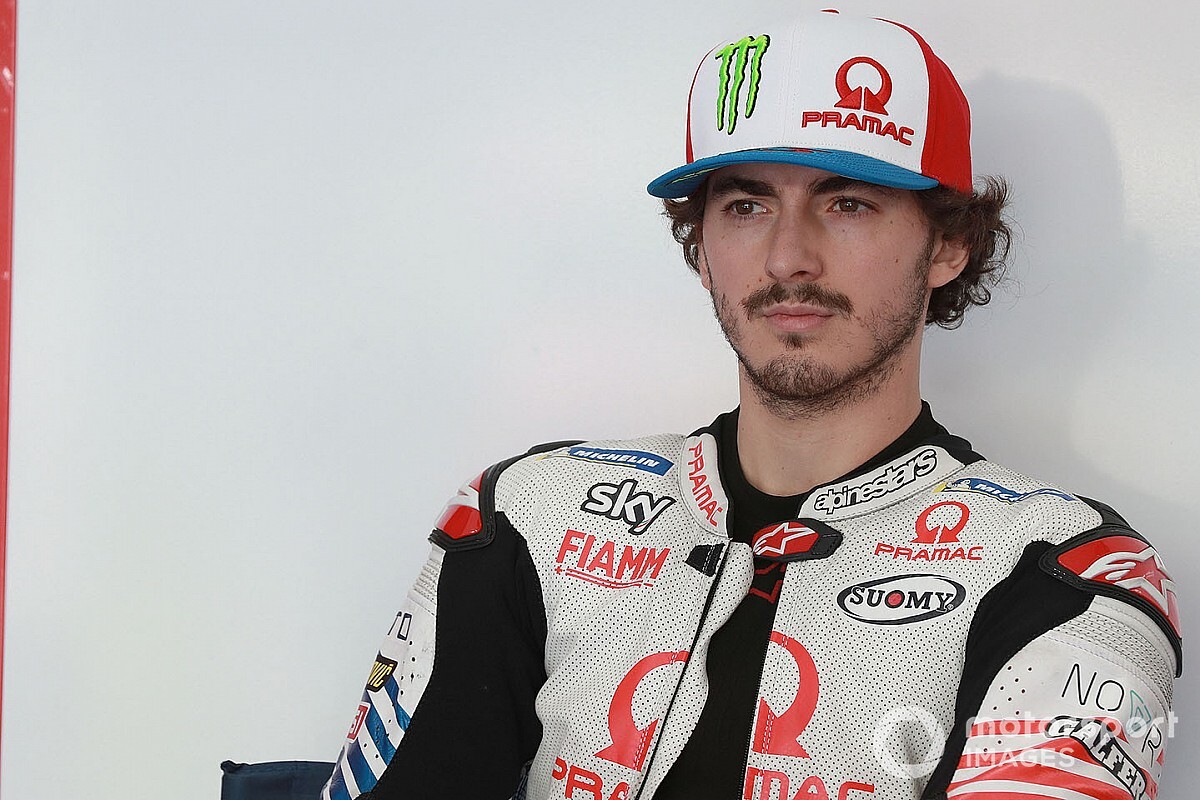 Valentino Rossi says he hopes to see his protege Francesco Bagnaia “dressed in red” for the 2021 MotoGP season as Ducati nears a decision on its future works team line-up.

During the Styrian Grand Prix weekend, Ducati confirmed it had offered Bagnaia a new two-year deal to remain within the Italian marque’s ranks for 2021, with Johann Zarco also set to stay.

With Andrea Dovizioso quitting the works Ducati team for 2021, the seat alongside Jack Miller now looks set to go to either Zarco or Bagnaia – though Ducati has not ruled out three-time world champion Jorge Lorenzo making a return. Ducati says it is looking to finalise its 2021 plans ahead of the San Marino Grand Prix in September, with Yamaha rider Rossi hoping Bagnaia gets the nod to step up from Pramac to the works squad.

“I think they [Pramac] are really close to Ducati, but I really hope for Pecco that his future is in the works team,” said Rossi. “I would recommend him to go to the works team.

“In Team Pramac they are certainly all very good, but the factory one has something on paper more. I hope to see him dressed in red next year, because it would be a really great opportunity for him.”

Bagnaia has been sidelined since fracturing his knee in a crash during FP2 at the Czech Grand Prix, but is expected to return at Misano. Rumours suggest Zarco will remain at Avintia with additional Ducati support, with either Luca Marini or Enea Bastianini stepping up from Moto2 to join Jorge Martin – whose deal is yet to be formally confirmed – at Pramac.

Marini is Rossi’s half-brother and another member of the VR46 Academy. He currently leads the Moto2 championship by eight points, and Rossi thinks he should concentrate more on the intermediate class crown than any negotiations with Ducati for a MotoGP step in 2021.

“We are naturally honoured to know that Ducati is interested in Luca,” said Rossi. “But I think it is more important this year he focus on this season, because he has the chance to win the world championship and this doesn't happen many times. Some riders never have this opportunity in an entire career.

“I would focus more on this year, then if Luca manages to get to MotoGP with Ducati, of course we would all be delighted.”