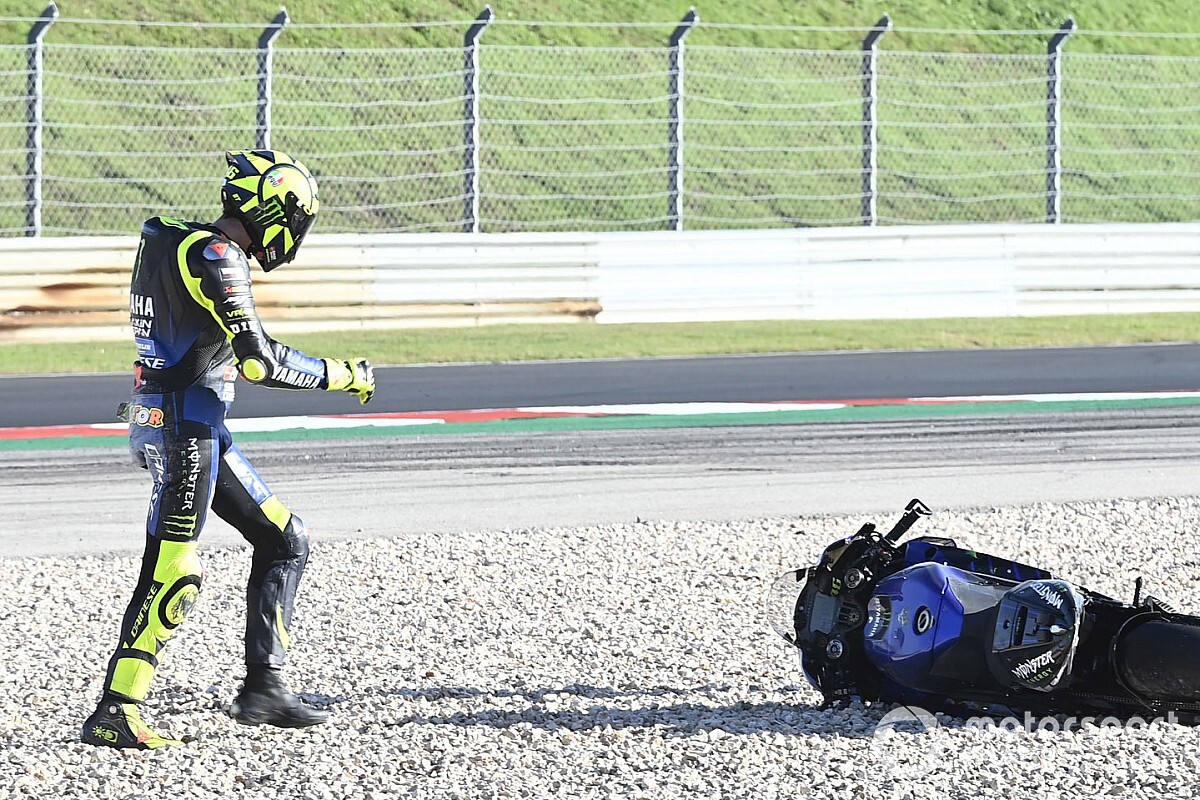 Yamaha’s Valentino Rossi says his miserable MotoGP Portuguese Grand Prix Friday was a result of a radical set-up change not working and his FP2 crash ruining his run plan.

The nine-time grand prix world champion is in his final weekend as a factory team Yamaha rider ahead of his switch to Petronas SRT in 2021, but got off to a terrible start at the Algarve Circuit and ended the day 1.8s off the pace in second-to-last.

Rossi tried “something different” to find better rear grip, but lost feeling with the front end and had to revert to a more normal set-up in FP2. However, a crash at the Turn 4 left-hander in the afternoon forced him to run on his unfavoured second bike and meant he couldn’t break into the top 20.

“The track is great, but it’s also very difficult,” the Yamaha rider explained. “Today we tried something different, we tried to improve the grip, especially on the rear part of the bike. But unfortunately, I lose the balance, I lose the feeling, so I wasn’t able to enter fast enough into the corners. So, [it] was a difficult day.

“After, we go back to a bike that was a bit more standard and I was a bit faster, but unfortunately I crashed. From that moment we tried to do the time attack with the other bike but I didn’t have the feeling on the front, so I was quite slow.

“So, I think that tomorrow we’ll go back to a normal setting and we will see if we can be faster.”

Expanding on his crash, Rossi believes he let his front tyre cool down too much as he sought a gap in the traffic.

“I crashed in the same corner as Taka [Nakagami] because I slowed down because I had some traffic,” he added. “So, when I arrived there, the first left corner after a lot of rights, maybe the front tyre was a bit cold and so under this point of view the tyre is very sensitive and I crashed.

“The gravel is very big, but we have some other track where the gravel is so big. But we spoke a lot also in the past [about this], but it’s a big job and usually the gravel remains the same. So, it’s better you don’t crash.”

The Yamaha trait that might just tame “stressful” Portimao