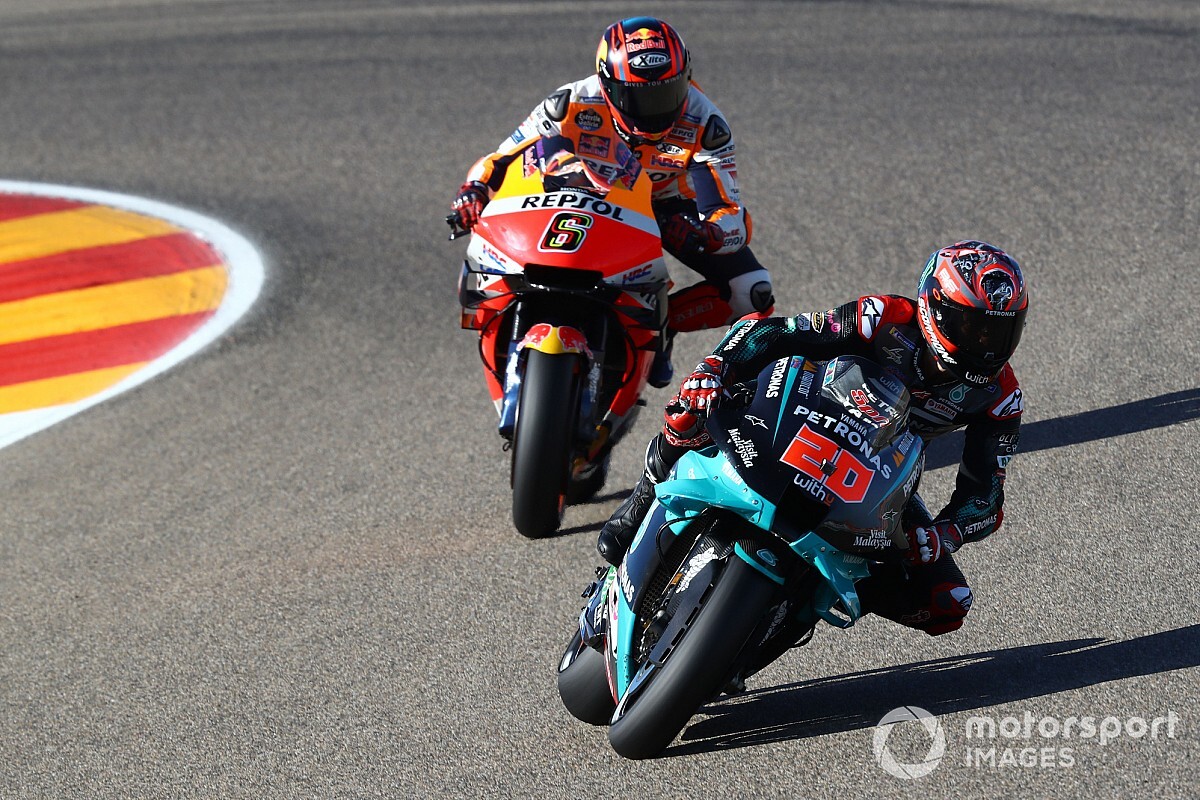 Earlier this week Spain surpassed one million confirmed COVID-19 cases since the pandemic began, with the country set to declare a state of health emergency on Sunday to allow curfews to be imposed in certain areas to quell the spread of the virus.

The series will remain in Spain for the European and Valencia Grands Prix at Ricardo Tormo next month before heading to Portugal for the finale on November 22 at the end of another triple-header.

This weekend, rumours of a potential change to the final three rounds, with Valencia now observing a curfew between midnight and 6am every day.

However, Ezpeleta doesn’t believe this curfew will affect the running of the two Ricardo Tormo rounds.

"At the moment nothing has changed, a state of alarm in Spain, in principle, doesn't impact our situation,” Ezpeleta said.

“We're working during the race, and if there are restrictions on movement after 10pm until the morning, it doesn't impact us. At the moment we can continue.

“In any case we're in close contact with authorities in each place, and at the moment we didn't receive any kind of information about it."

Due to the restrictions, the plan to allow fans attend the Valencia Grand Prix were recently scrapped.

Most races this season, with the exception of the Misano double-header and the French GP, have been run behind closed doors.

MotoGP has been operating its own COVID protocols within the paddock, which include limited team numbers, restrictions on movement and regular testing.

Several cases of COVID-19 have been recorded in the paddock, though the most notable infections for Valentino Rossi, Moto2 rider Jorge Martin and a member a Yamaha engineer were discovered outside of the paddock.

Ezpeleta remains confident in effectiveness of MotoGP’s COVID protocols, adding: “The situation is as we proposed in the beginning, we are controlling the cases, there were some in Austria, and then in any place there have been one or two people who have been home and then have some problems before they return - some riders and some workers in the paddock.

“But the most important thing is that, through the tests we're doing, we are able to control everything and know what the situation is.

“In principal right now we don't see any problems in the future, but I repeat, we're in close contact with authorities in each place.

“The remaining places are Valencia and Portimao, and at the moment we didn't receive any queries."

Vinales can be "a great fighter" in Teruel MotoGP

Aprilia’s pre-season progress in MotoGP in recent years has always ended up flattering to deceive. But concessions in the rules has allowed it to start 2021 with a new bike. The early signs are promising, and they need to be as 2021 - for numerous reasons - will be Aprilia’s most important season in MotoGP.