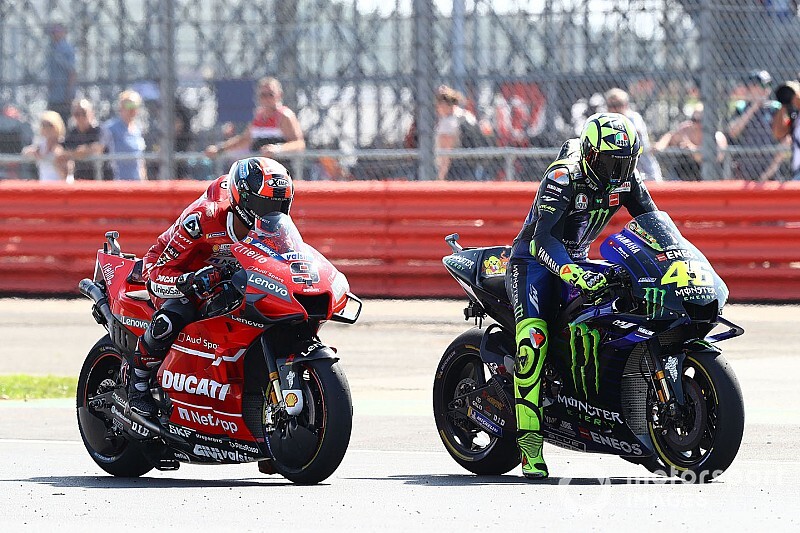 Some big names with substantial achievements in 2019 ended up missing from our countdown of top 20 motorcycle riders of the year. Below, we outline the most obvious omissions.

Click on the gallery to scroll through the riders. 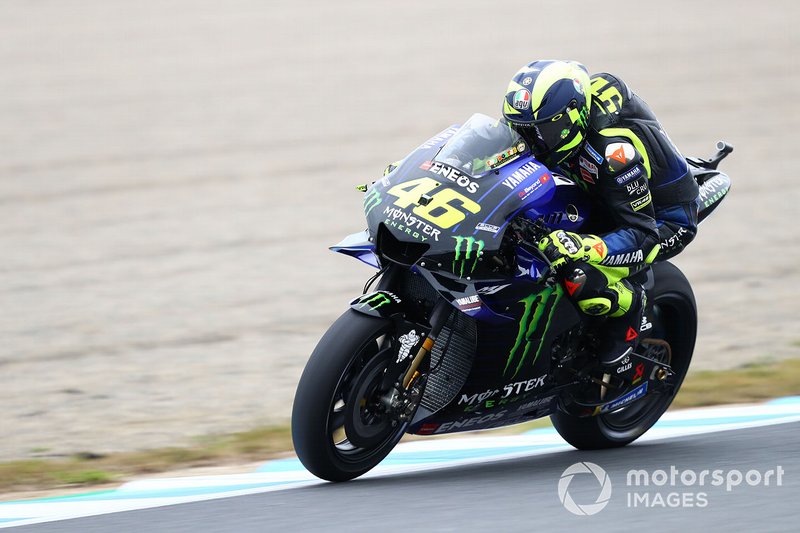 Why he could’ve been included: Now 40 years old, Rossi still looks entirely at home at the highest level of motorcycle racing. He finished runner-up to 2019-spec Marc Marquez in Argentina, which is an achievement that’s basically equal to a win in any other season. He scored just 37 points fewer than his very highly-rated twice-as-young factory Yamaha teammate.

Why he missed the cut: Rossi shared the grid with three other Yamahas, and by the end of the season it was virtually nailed on that any given weekend he would be fourth-fastest among them over a single lap (a distant fourth at that) and either third- or fourth-fastest in race trim.

Qualifying struggles are nothing new to Rossi, but given the M1’s late-season surge it became increasingly pronounced. As Maverick Vinales and Fabio Quartararo finished in the top three in virtually every pre-race session, and Quartararo’s teammate Franco Morbidelli often either propped up a Yamaha 1-2-3 or at least challenged for the top five, Rossi was usually nowhere to be seen.

In the end, he accounted for six of the overall 12 Q1 appearances made by Yamaha, and was the lowest M1 rider in qualifying in four of the last five races. More of a concern, though, was that the usual Sunday magic, the patented Rossi race day transformation, seemed to mostly abandon him too in that late-season stretch, as he finished 24 seconds behind the winner in Aragon, 19 in Thailand, 16 in Australia, 23 in Valencia – hindered by a lack of top speed and rear grip all along the way.

Rossi remains MotoGP’s most marketable star and the face of Yamaha, and the indication is that he’ll keep the ride for as long as he wants, which may, on some level, be fair enough given what he’s accomplished in the sport. For all that, though, 2019 was the clearest sign yet of a competitive decline. 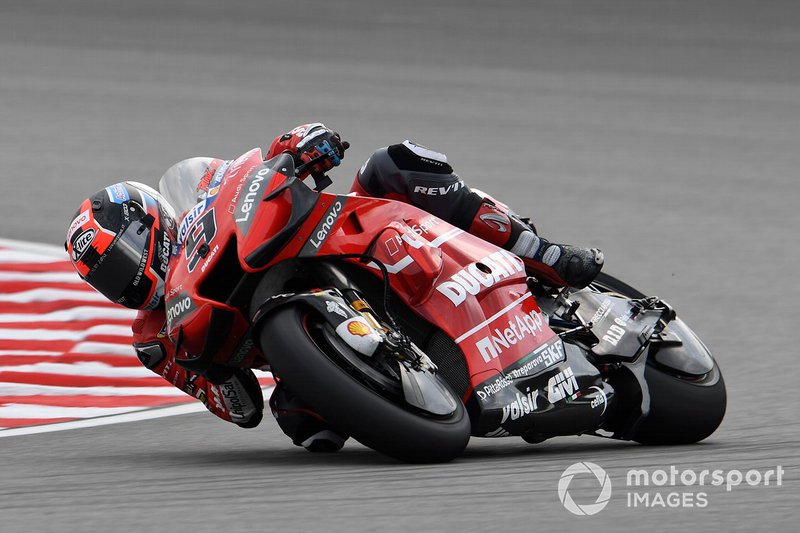 Why he could’ve been included: Petrucci was just one of four riders to defeat Marquez on track this season, and did so in spectacular fashion for a famous maiden win that secured him a 2020 deal and a place in the history books. Prior to that, he looked to have established himself as a solid number two to Andrea Dovizioso, and was in the process of helping Ducati to what should’ve been a first teams’ title since 2007.

Why he missed the cut: Petrucci finished no higher than seventh in the final 10 races of the season, and looked a shadow of the rider who had managed an assured start to life at the works Ducati team.

Call it recency bias if you like, but the drop-off was too steep for this to go down as a good season. Towards the end, Petrucci and Pramac’s Jack Miller – his former main rival for the 2020 seat and current main threat for 2021 – were basically running in different races, and though the optics might have been skewed somewhat by Miller’s tendency to run harder from the start and then fade late on, the contrast was still usually there come the chequered flag.

Petrucci, to his credit, was clearly under no pretences that his late-2019 form was anywhere near acceptable, and called a post-Aragon crisis meeting with Ducati to try and get to the bottom of the recent decline. But, as indicated by the manufacturer’s sporting director Paolo Ciabatti, Ducati doesn’t have the answer yet – and the way MotoGP contracts work means Petrucci is left in an unenviable position heading into 2020. 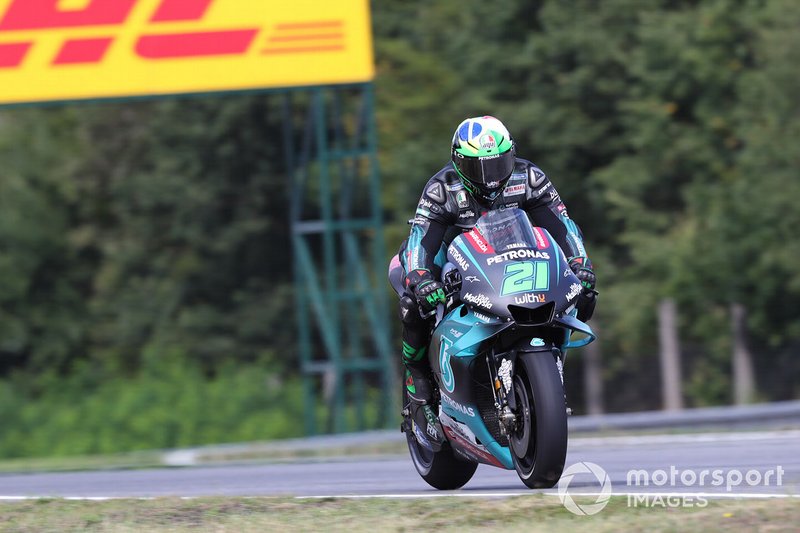 Why he could’ve been included: In more traditional circumstances, Morbidelli’s first season aboard the Yamaha, a bike that was new for both himself and his team, would’ve been perfectly encouraging. He didn’t get onto the rostrum, but he did bag a handful of top-five finishes and as many as four front row starts, and probably ensured he will continue to get employment within MotoGP for several years to come.

Why he missed the cut: If Morbidelli’s teammate was Alvaro Bautista, Jorge Lorenzo or Dani Pedrosa (all seemed like distinct possibilities at various points last year), the 77-point deficit to the other Petronas Yamaha wouldn’t have been a disaster. Maybe it wasn’t anyway, as MotoGP quickly got used to Fabio Quartararo’s out-of-the-blue excellence – but shipping so many points to a rookie coming off a rather underwhelming four-year stint across Moto2 and Moto3 is not a great look.

To Morbidelli’s credit, he made a very obvious step forward in performance once the M1 hit its stride towards the end of the season, and was reliably challenging the second works Yamaha of his mentor Valentino Rossi, who had hinted during the season that he and his protege had a tougher time with the 2019 iteration of the bike due to their similar riding styles, compared to Quartararo and Vinales.

There’s no huge shame in losing out to a rider who clearly had a sensational campaign, but if Morbidelli wants to land a factory ride in the immediate future, he must avoid another season spent in Quartararo’s shadow. 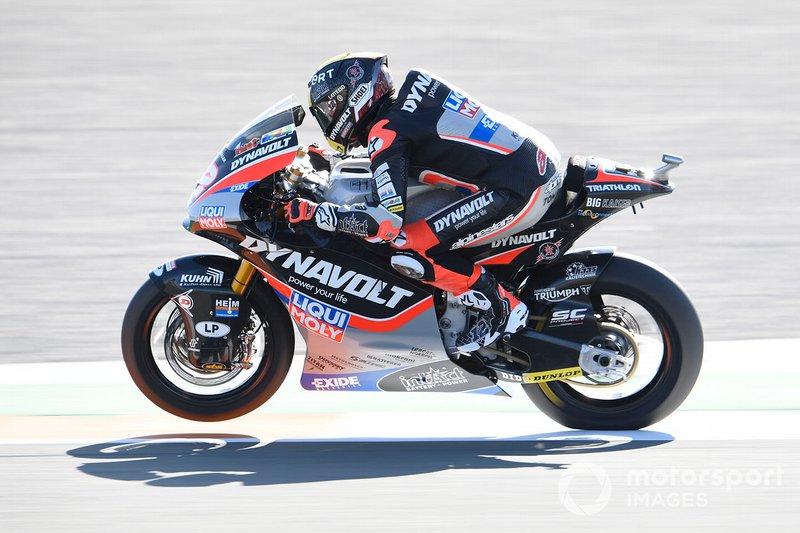 Why he could’ve been included: In the past few years, several riders stepped back to the intermediate class after losing their place on the MotoGP grid. Among them, Yonny Hernandez didn’t see out the subsequent Moto2 season, and neither did Hector Barbera. Sam Lowes did, but was shown up by a less-experienced teammate in Iker Lecuona.

But Tom Luthi? He won a race and finished just 12 points behind the champion.

Why he missed the cut: If we’re being entirely honest, both the third place in the standings and the 12-point deficit were probably a bit flattering. It helped that Alex Marquez’s form regressed so notably in the second half, that Brad Binder and KTM “wasted” the first half, that Jorge Navarro struggled for consistency and that Augusto Fernandez missed two races and ran out of steam in the final stretch. All four of those riders had ‘highs’ higher than those of Luthi, who just wasn’t at the very sharp end - on the front row or in the mix for victory - often enough.

The reset brought on by a switch to the new Triumph engines also probably helped with the immediate adaptation from MotoGP, though it’s not as if Luthi lacked experience with the previous spec.

After 12 seasons in the intermediate class, he is unquestionably the best career Moto2 rider in history, and 2019 won’t have challenged that assertion one bit. But did it give off the impression that he’s now closer to a first-ever world championship title? Probably not. 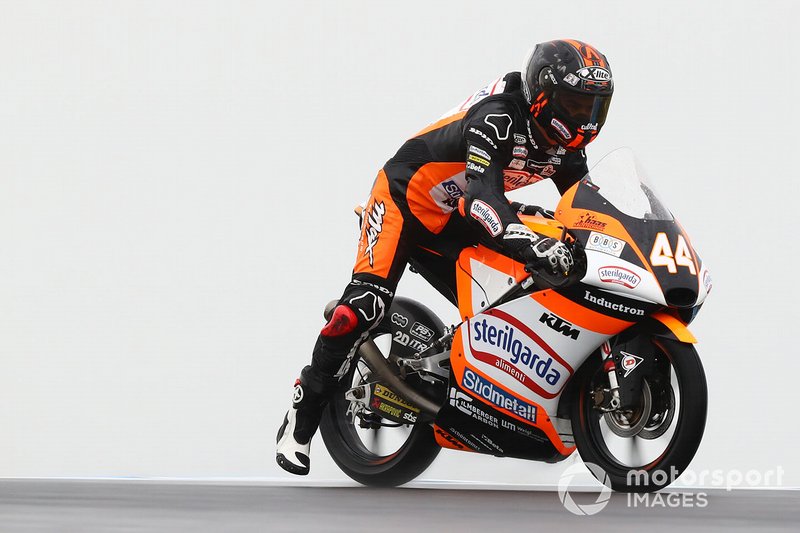 Why he could’ve been included: Lorenzo Dalla Porta may have been a very deserving Moto3 champion, but Lady Luck played a big part in stretching out his lead to 77 points because his main rival Canet faced an undue amount of adversity.

This, however, gave Canet more than enough opportunities to prove he was a fighter. A few races on from going from 22nd on the grid to third in Germany, he was brought down by Albert Arenas in Silverstone, climbed back onto the bike to rejoin in 30th place, and virtually willed himself back into the points, matching the race leaders’ pace exactly despite having been on the ground and having to fight through traffic.

Two races later, he won by 4.6 seconds in Aragon, which in Moto3 terms is basically like winning by an hour – the next-best winning margin all year was just over one second.

Why he missed the cut: Because there are only 20 places in the top 20, and because it was his fourth full season to Dalla Porta’s third.

Aside from Aragon, Canet only led 11 laps all year, and in the title run-in he usually seemed to be playing catch-up with the lead group rather than actively participating in the battle for the top spot.

Those are minor nitpicks, of course. Taking 2019 as a whole, you’d expect Canet to be both a major headache for his Aspar Moto2 teammate Hafizh Syahrin in 2020 and an inevitable premier-class graduate at some point in the future. 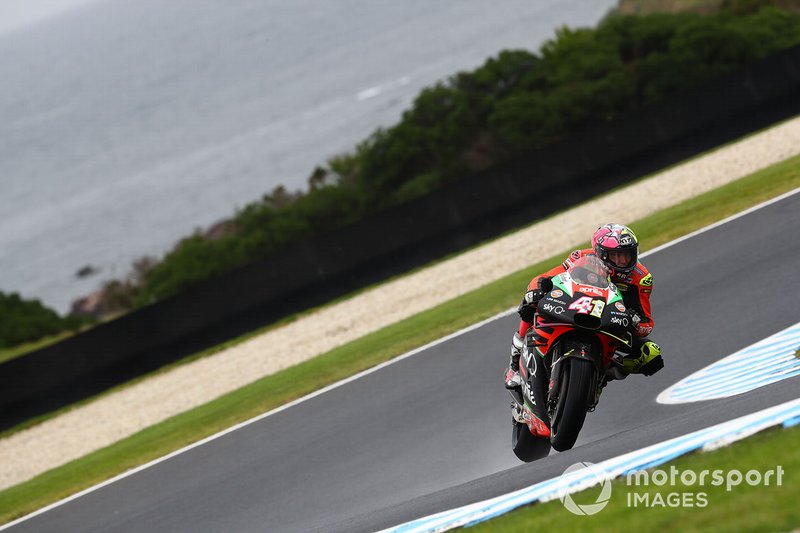 Why he could’ve been included: It was the third year Espargaro has endured at Aprilia and while he never shies away from criticising the RS-GP when warranted, it speaks volumes of his maturity that he hasn't given up on the project. Although the progress Aprilia has made since its time in MotoGP is negligible, Espargaro guided the team out of the dead end it got stuck in last year and the bike made a step forward in 2019. Espargaro reckons he is right now good enough to challenge for podiums and while that may be an ambitious claim, it is true that he's been able to comprehensively beat a different teammate for each of the past three years now, despite having faced his toughest adversary yet in Andrea Iannone in 2019.

Why he missed the cut: Beating those teammates is also part of why Espargaro is almost impossible to evaluate because he has never had one who has spent more than a year on the bike - a trend that looks like it may continue into 2020 given the recent news of Iannone testing positive for a steroid. Adding to the fog is that Aprilia's mechanical problems occur at way above the average rate in MotoGP.

Performance-wise, the bike appears more or less on the level of KTM, but Espargaro didn't have a standout result to match rookie Miguel Oliveira finishing eighth in Austria, Johann Zarco qualifying third at Brno, or his brother Pol's repeated heroics. And when the RS-GP was at is best, at Phillip Island, it was Iannone who shone brighter.