With Pol Espargaro and Marc Marquez set to become Honda MotoGP teammates in 2021, a clash dating back eight years hints towards simmering tensions coming to a boil next year.

As reported by Motorsport.com on Thursday night, Pol Espargaro is set to leave KTM at the end of the year after agreeing a deal to join the factory Honda squad for the 2021 MotoGP season alongside reigning six-time world champion Marc Marquez.

It is a move that has sent a shockwave through the paddock, throwing KTM's future plans in chaos just as it appeared to be heading towards the front, while plunging the career of LCR's Cal Crutchlow into doubt and potentially complicating matters for Ducati with regards to Andrea Dovizioso.

All of those pieces will fall into place in time, but immediate thoughts turn to the dynamic of the 2021 factory Honda team as Marquez is joined by an old foe.

Without a doubt, Marquez is the undisputed number one at Honda. But to assume Espargaro will simply be his tail gunner would be folly, highlighting the boldness of HRC's decision as the potential is there for tensions to rise.

It is somewhat ironic that Motorsport.com's story broke on the same day in 2012 that controversy erupted between the Marquez and Espargaro camps.

The Catalan Grand Prix - the pair's home event - was the fifth round of an enthralling Moto2 campaign. Despite only having one win to Marquez's two at that point, a crash for the Monlau rider at the previous round in France meant Espargaro held a one-point lead in the standings heading into the race. 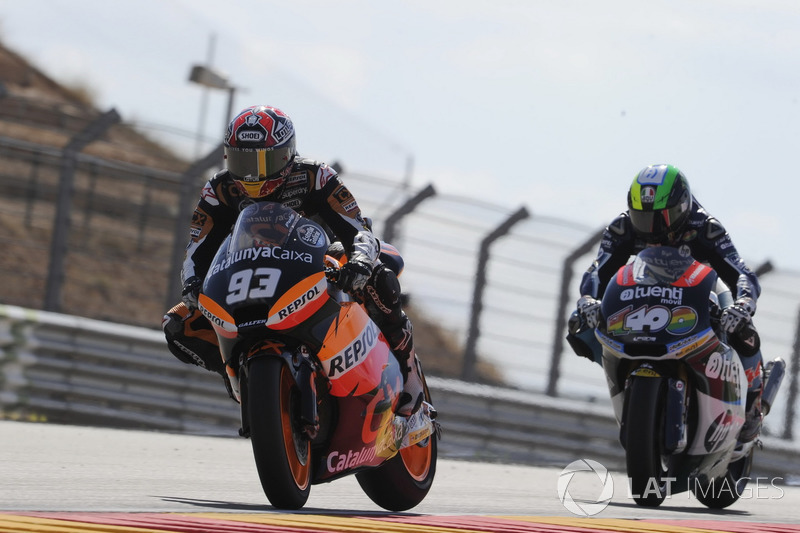 Marquez had shown extreme pace throughout practice and lined up on pole, while Espargaro took third on the grid. But the Pons rider struggled to run the pace of the lead group - headed up by Andrea Iannone - and ran as low as seventh in the early stages.

Espargaro had found his way up to fourth by lap seven, while Marquez took over at the front for the first time - well over a second ahead of his title rival.

As Marquez, Iannone and Tom Luthi engaged in battle over the lead, Espargaro managed to reduce his deficit and get on terms with 11 laps to go. But he soon hit a bit of a brick wall with his pace, the gap ahead of him opening up to second again as the race entered its closing stages.

With seven laps to go, the battle between the top three reignited, with Marquez and Iannone locking horns several times over the next two tours.

This allowed Espargaro back into the fight, and he set his sights on reeling in his main title rival having passed Luthi for third at the Turn 4 right-hander with five laps to go. But Luthi wouldn't submit so easily and came back at Espargaro soon after.

The Swiss rider then carved past Marquez on the way into the long Turn 10 left, forcing Marquez a touch wide. Marquez tucked in the front of his Suter bike as a result, but pulled off one of his trademark saves to keep upright. All of this allowed Espargaro to get a run, and he threw his Pons Kalex up the inside, hugging the racing line for dear life as Marquez tried to recover his line.

But Marquez drifted back over and, unsighted, clattered into Espargaro - who was flicked from his bike and gave his ankle a good knock.

Marquez crossed the line in third, but was subsequently handed a one-minute penalty for the incident, dropping him to 23rd. But the reaction to this from within the paddock was split down the middle, with the likes of Casey Stoner and Valentino Rossi rushing to Marquez's defence. After an appeal from Marquez's team, the penalty was overturned by Race Direction. 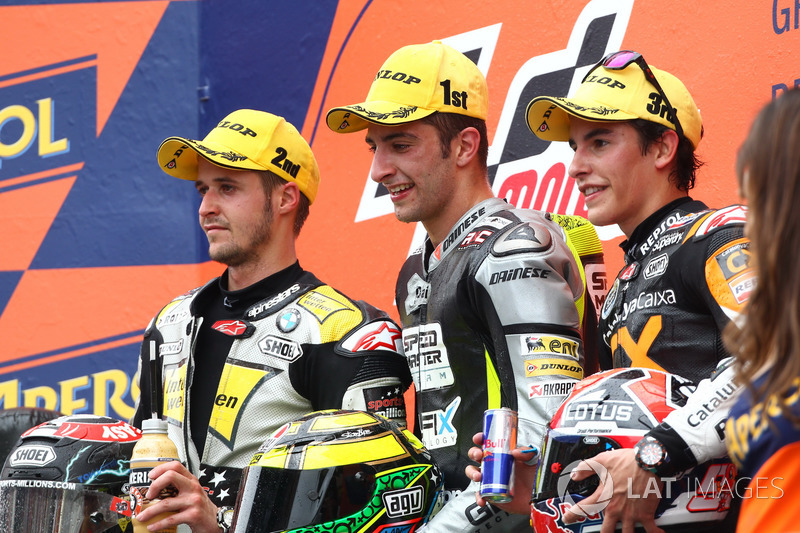 However, this move angered the Pons team, who launched another appeal on Espargaro's behalf to have the original penalty reinstated.

In a stinging statement released at the time, Pons said: "It's worrying that he [Marquez] did not see him [Espargaro], nor when he impacted him, nor was he aware of the fall of Espargaro, and it worries even more that he forgets the mandatory obligation to look into the track once he has left the track, so as not to ram another rider, increasing the possibility of injury in a sport that inherently involves risk to the wellbeing of its participants."

And so the Catalunya result remained provisional as proceedings rumbled on, with FIM Court of Appeals hearing the case during the Dutch TT weekend at the end of June. The FIM ruled once again in favour of Marquez, much to Pons' dismay.

By August, Pons decided against taking the matter to the Court of Arbitration for Sport in order to allow Espargaro to focus fully on a Moto2 title he was now losing by a 45-point margin. But not without one final swing, branding CAS as "disrespectful" for an apparent lack of objectivity.

Marquez would ease to the Moto2 title, though continued courting controversy following several reckless crashes during practice sessions in Australia and Valencia, and stepped up to MotoGP with Repsol Honda the following season. Espargaro's time would come in 2013, when he beat Scott Redding to the intermediate class crown before moving to MotoGP with Tech 3 Yamaha.

Espargaro's time on the KTM has forced him to adapt how he rides majorly to suit the unconventional steel frame and WP suspension KTM insists upon. In essence, Espargaro has had to ride the KTM like Marquez rides the Honda. Arguably, Espargaro stands to be perhaps Marquez's toughest teammate to date.

As Marquez romped to greatness on the RC213V, Espargaro's average run at Tech 3 and years of hard graft with KTM from 2017 have meant the rivalry between the pair has laid dormant since 2012. Expect that to change come 2021... 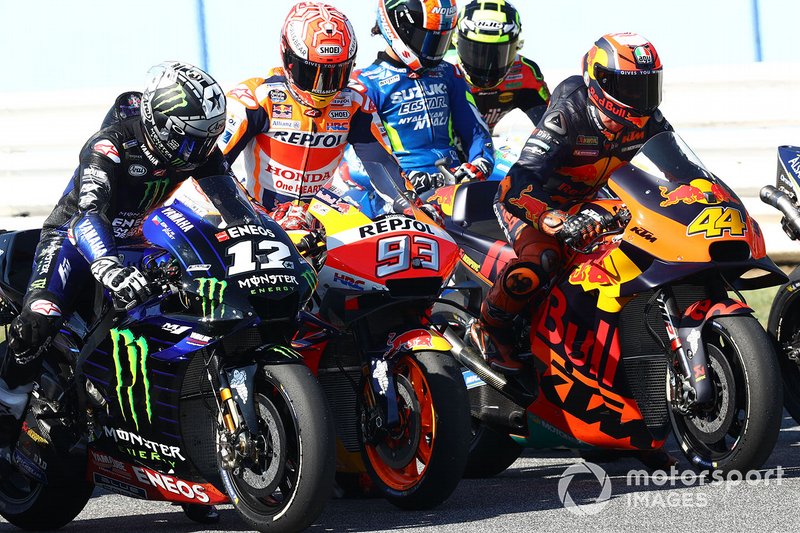 When a Superbike legend proved his worth in MotoGP