The outgoing world champion endured a torrid couple of races at Misano and COTA last month, and admitted he was “mentally collapsed” after the Emilia Romagna GP – which forced him to take a full week off from training.

In Portugal last weekend Mir enjoyed his strongest weekend of the season, qualifying on the front row for the first time in MotoGP and going on to finish the race second after running eventual runaway winner Francesco Bagnaia close in the early stages.

After the race Mir says he was happier about the weekend itself rather than the end result, and says it was one he “needed”.

“Well, honestly I’m so happy about this podium, and not for the result,” said Mir, who will end 2021 third in the riders’ standings.

“It’s more for the weekend we did. It was unbelievable, I felt so good from the first moment and I was able to be competitive from FP1.

“Then, when you feel good with the bike and the base is good, everything comes easily.

“It’s what I needed, it was a weekend like this one, with the weather conditions more normal, trying to do more lap with my bike in good conditions. 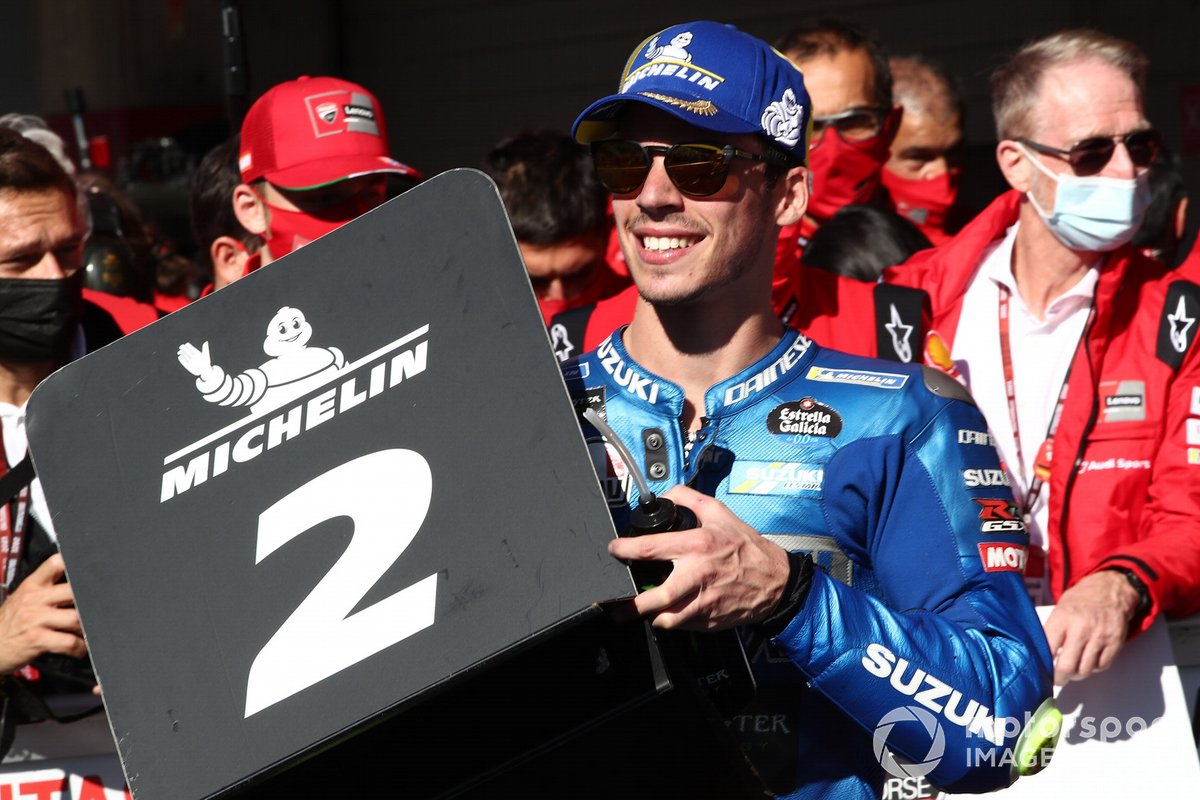 “And it’s what happened. So, thank you to the team for giving me a package to fight for the pole position, and also the podium.

“Today Pecco was just better than me, he was riding in a more effective way because to be on that pace I was doing more mistakes than me. He was not making one, I was waiting all the race for one, but it didn’t come.”

Mir has been critical of the lack of development from Suzuki on its 2021 bike across the campaign, but is anticipating a “trickier” winter testing phase than normal as he believes the Japanese marque has been hard at work on its 2022 challenger.

“Well, in my case I think that Suzuki realised in the middle of the season the situation and they started to work quite hard in Japan,” Mir added.

“I expect a trickier winter testing than normal to try to find something more and to make a better base for next year.

“I don’t know how it will be but I think normally what they bring it works, so I’m looking forward to that test at Jerez [after the Valencia GP].”