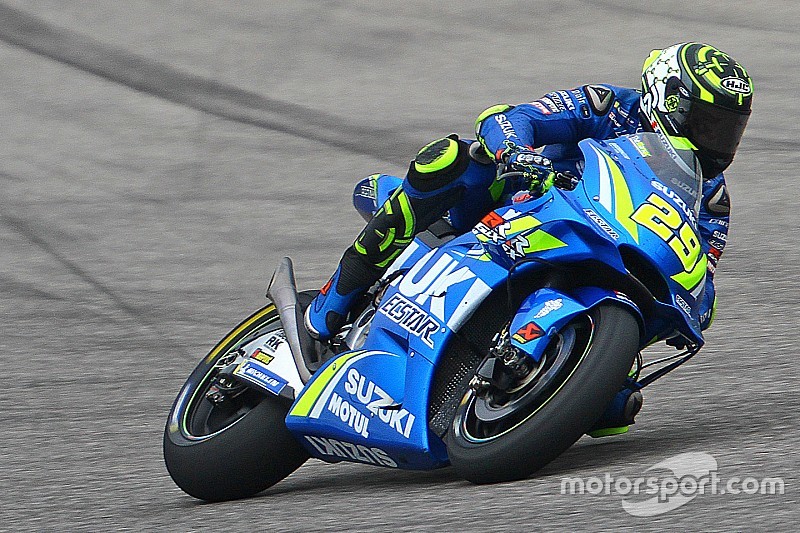 A Suzuki satellite MotoGP team is now unlikely to materialise for the 2019 season, Motorsport.com has learned, paving the way for Marc VDS to link up with Yamaha instead.

Team boss Davide Brivio said as recently as February that he was "optimistic" of an extra pair of GSX-RRs being on the grid next year, amid reports that Suzuki was on the verge of signing a deal with Marc VDS.

However, it's understood that Suzuki bosses in Japan have baulked at such an idea, and that as of today there is virtually no chance of a satellite project being approved in time for 2019.

Marc VDS has made its desire to part with current manufacturer partner Honda clear, and was close to taking over Tech 3's supply of customer Yamahas for next season.

The contract has been ready for the Belgian outfit to sign for more than a month, but it has been holding out to see whether a three-year deal to run Suzukis instead would be viable.

Now it appears Marc VDS will have little option but to join forces with Yamaha, which has a particular interest in running Franco Morbidelli owing to his links with Valentino Rossi's VR46 scheme.

Iannone was “about to explode” before Austin podium

Analysis: Honda set for Jerez win, but which one?