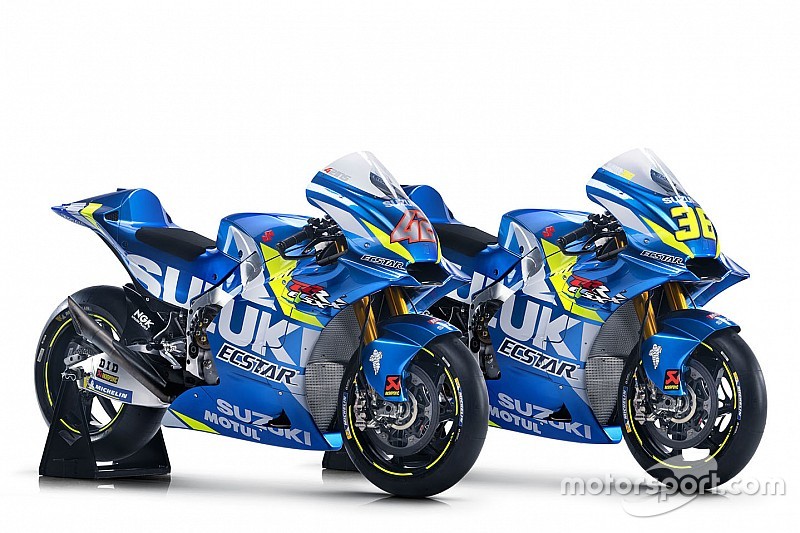 Suzuki has taken the wraps off its 2019 MotoGP livery in a digital launch, revealing a largely unchanged colour scheme for the upcoming campaign.

The Hamamatsu marque eschewed a physical launch event this year in favour of releasing a YouTube video featuring the GSX-RR bike in its 2019 colours along with race riders Alex Rins and Joan Mir.

There is little to distinguish the new livery from the 2018 variant, besides slightly larger yellow and grey elements on the front fairing and the side of the bike.

Former Moto3 champion Mir replaces Andrea Iannone at Suzuki after a single season in Moto2, while Rins - who ended his 2018 campaign with three podium finishes in the last four races - goes into his third year with the team.

Rins is chasing his first premier class victory after finishing second on three occasions last year, with the team itself having gone winless since Maverick Vinales' 2016 triumph at Silverstone.

"The first goal is to make a competitive, race winning bike," said Rins. "We have to keep getting experience, but I think we are now ready for victory.

"I think we had a good package with the previous bike. We managed to make a very good machine, and coming into 2019 we have tried to make a bike that’s improved a bit in all aspects: in braking, acceleration, and top speed."

Mir meanwhile follows in the footsteps of Vinales and Rins in earning a spot at Suzuki after only one year in the intermediate class, and will be looking to make the same big impression as his compatriots in 2015 and '17 respectively.

"Being realistic, this year's goal is to gradually improve, start in Qatar with a good performance and end the year improving race by race," said Mir.

"I need to adapt to the bike, the team, the category, and start to close the gap with the riders in front. That’s the most important thing."

The 21-year-old's crew chief for his debut campaign will be Francesco Carchedi, who worked with Karel Abraham at the Angel Nieto team last year, while Rins sticks with Jose Manuel Cazeaux for 2019. 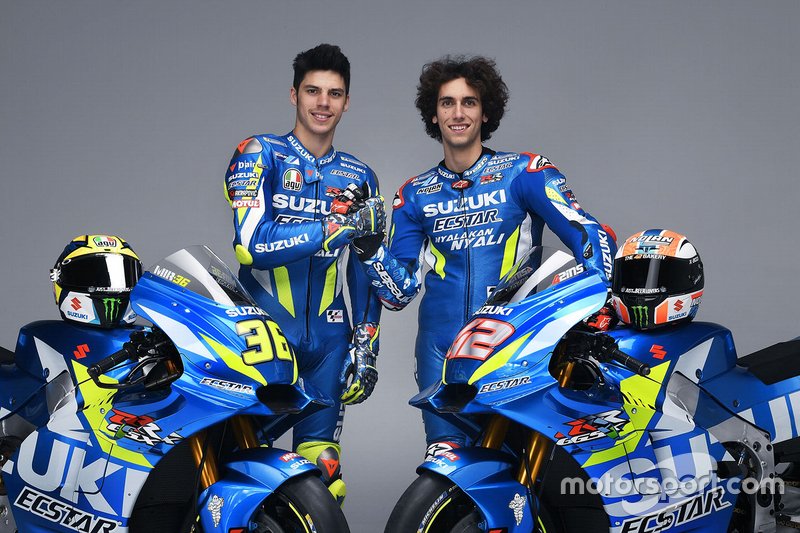