Joan Mir admits he was “a bit scared” when his Suzuki spectacularly expired on the Circuit of the America’s back straight at the start of MotoGP FP4 on Saturday.

The reigning world champion’s GSX-RR blew up as he tried to accelerate out of Turn 11 early in FP4 on Saturday, bringing him to a sudden halt and close to a collision with KTM’s Miguel Oliveira who was directly behind.

Mir was able to get back on track on his second bike and went on to qualify eighth, but admits he doesn’t know yet what failed on his Suzuki and was scared at that moment.

“Yeah, well the bike stopped completely,” Mir said when asked by Motorsport.com if he knew what went wrong specifically in FP4. “I don’t know if it was the engine or something, but I was a bit scared in that moment.

“I didn’t know what was happening and also it was in an acceleration point, so it’s dangerous. But luckily we are fine.” 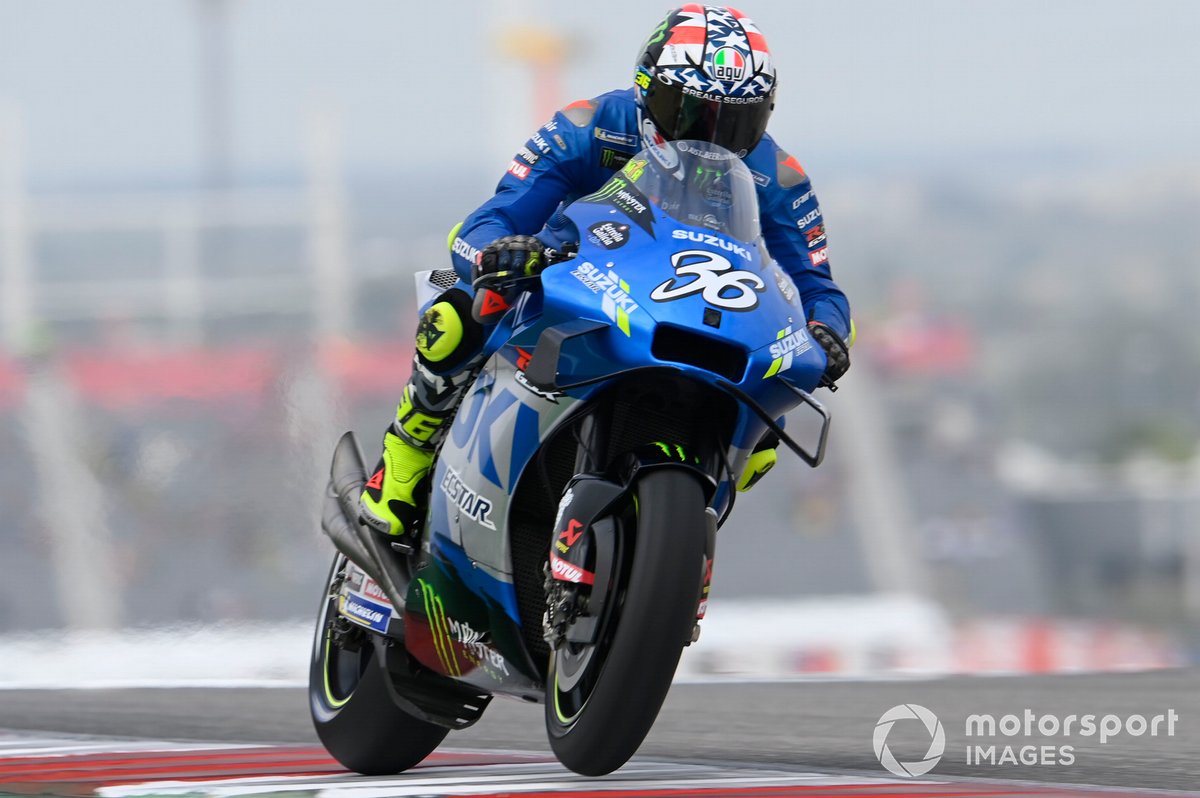 Mir struggled badly on Friday with the stability of his bike over COTA’s much-maligned bumps, and says the problem persisted into FP3.

But after his mechanical issue in FP4, he says he found the gains he was looking for and was only held back in eighth in qualifying because he only had one fresh soft for Q2 after coming through Q1.

“It was a tricky day,” the world champion added. “The main thing today is that I expected a little bit more in FP3 to get back the good feelings but was not in FP3, was in FP4

“So, that was the problem of today. That’s why I had to go through Q1. I was honestly in FP3 with the same problems as yesterday, and then the bike improved.

“I was able to be on that lap time with the medium tyre. So, means that we improved a lot the race pace and everything, and this is important. I know that we normally struggle in qualy, so I could make not a bad lap time.

“In Q1, I go to Q2 without any problems, and then in Q2 I think we missed a second chance with another tyre to fight for the second row.”