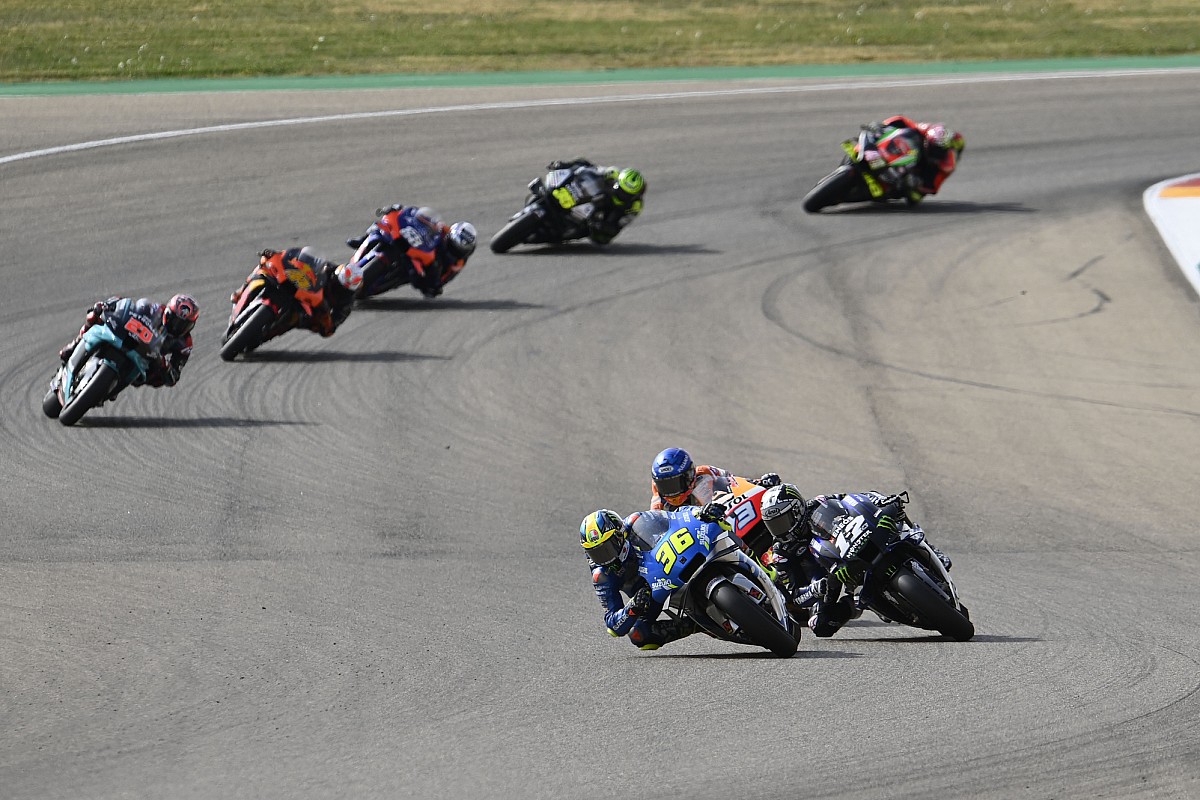 Suzuki’s Joan Mir says the value he has placed on fighting for the 2020 MotoGP World Championship is the same as it was when he won the 2017 Moto3 title.

After registering his sixth podium of the season with a third place in last Sunday’s Teruel Grand Prix having started from 12th, Mir now leads the championship by 14 points with three races to go.

Across the second Aragon weekend, a number of riders placed Mir as their favourite to take the crown despite him not having won a race yet this season. Mir has experienced the pressures of fighting for a championship having romped to the Moto3 title in 2017.

When asked if this would benefit him in the MotoGP title race, Mir said: “It’s different for sure, different moments. For me, that title or this title is the same value. If, finally, I’m able to get this title, the value that I was giving to the Moto3 championship is the same one as I’m giving to this one.

“It’s true that I’m a little bit more mature, I have the experience to understand a little bit the pressure, to manage it well. So, I think that title [in 2017] gave me a lot of learning.”

Since taking over the championship lead in the Aragon GP, Mir insists his approach to races haven’t changed to one where he is solely focused on the title permutations.

“I think now more than ever it would be a big mistake, because of course we all know that we can make any mistake, and now even more,” Mir said when asked by Motorsport.com if he had to change his mindset now to focus more on the title. “But we have to be fast, and always when you try to be fast you [have more] risk and you can make a mistake.

“The important thing is to find a balance on that and to risk to the moment… for example in this race – it was a moment that I thought I was able to catch [the top two] riders. But then I saw I was not, so [I asked myself] why do I have to continue pushing, risking a crash if I already know I can’t win this race.