The MotoGP Styrian Grand Prix has been red-flagged after two laps for a violent and fiery incident between Dani Pedrosa and Lorenzo Savadori.

On lap three of the 27-lap Red Bull Ring race, KTM wildcard Pedrosa lost the front-end of his RC16 at the Turn 3 right-hander while he was running 12th.

The Spaniard’s stricken KTM was in left stranded on the racing line and Aprilia’s Savadori could do nothing to avoid it.

Savadori struck the KTM and the bike burst into flames, which spread across the circuit at Turn 3, immediately bringing out the red flags.

Pedrosa got up quickly from his tumble while Savadori was seen getting away from the incident, though needed to be taken away on a stretcher. Savadori was seen sitting up by the side of the track and speaking to medical staff. 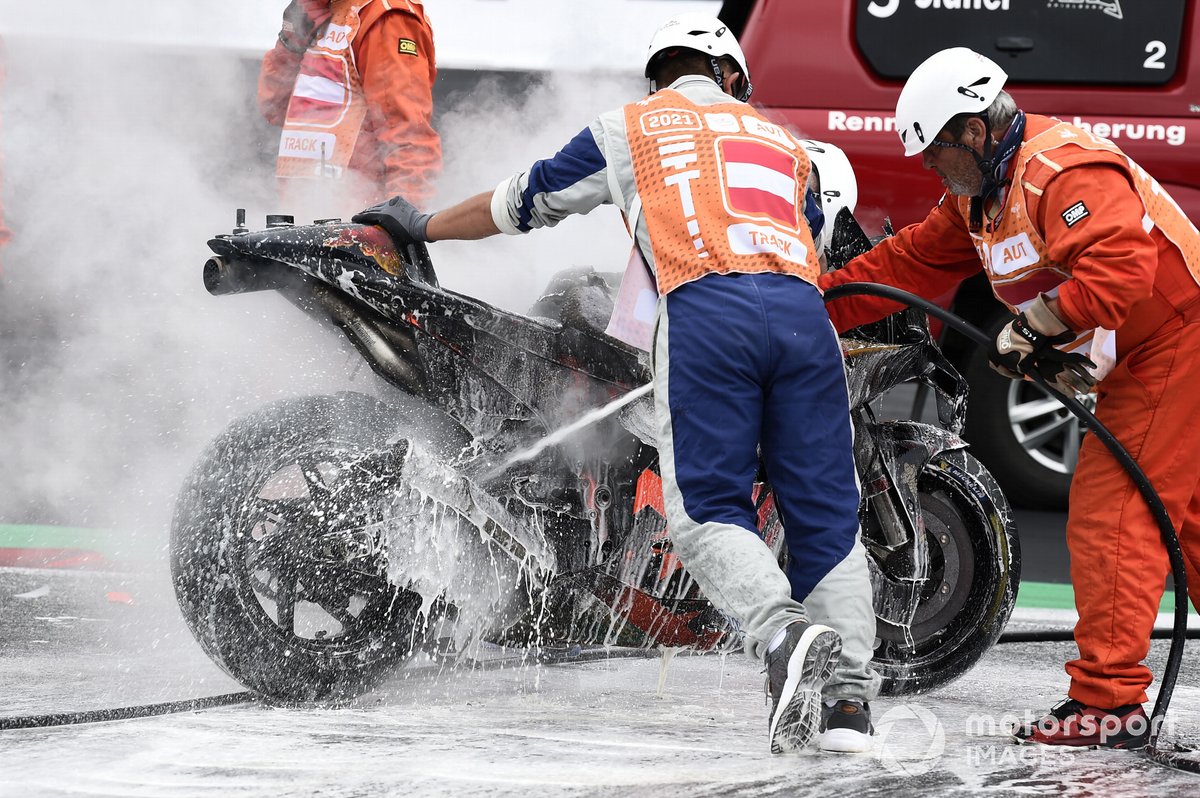 MotoGP has since confirmed Savadori has been taken to the medical centre for further checks, while Pedrosa will be allowed to restart the race on his spare bike.

At the red flag it was Ducati’s Francesco Bagnaia who led the field from Pramac poleman Jorge Martin.

The race will be restarted over 26 laps and the grid order will be as it was for the original start, with Martin on pole from Bagnaia and Fabio Quartararo.

This is the third Red Bull Ring MotoGP race in succession to be red-flagged following serious incidents.

The 2020 Austrian GP was red-flagged after a horrifying collision between Franco Morbidelli and Johann Zarco, which saw both of their bikes almost hit Maverick Vinales and Valentino Rossi.

In the Styrian GP the week after, a brake failure for Maverick Vinales at Turn 1 forced him to jump off at 140mph and resulted in his Yamaha smashing into the air fence and bursting into flames. 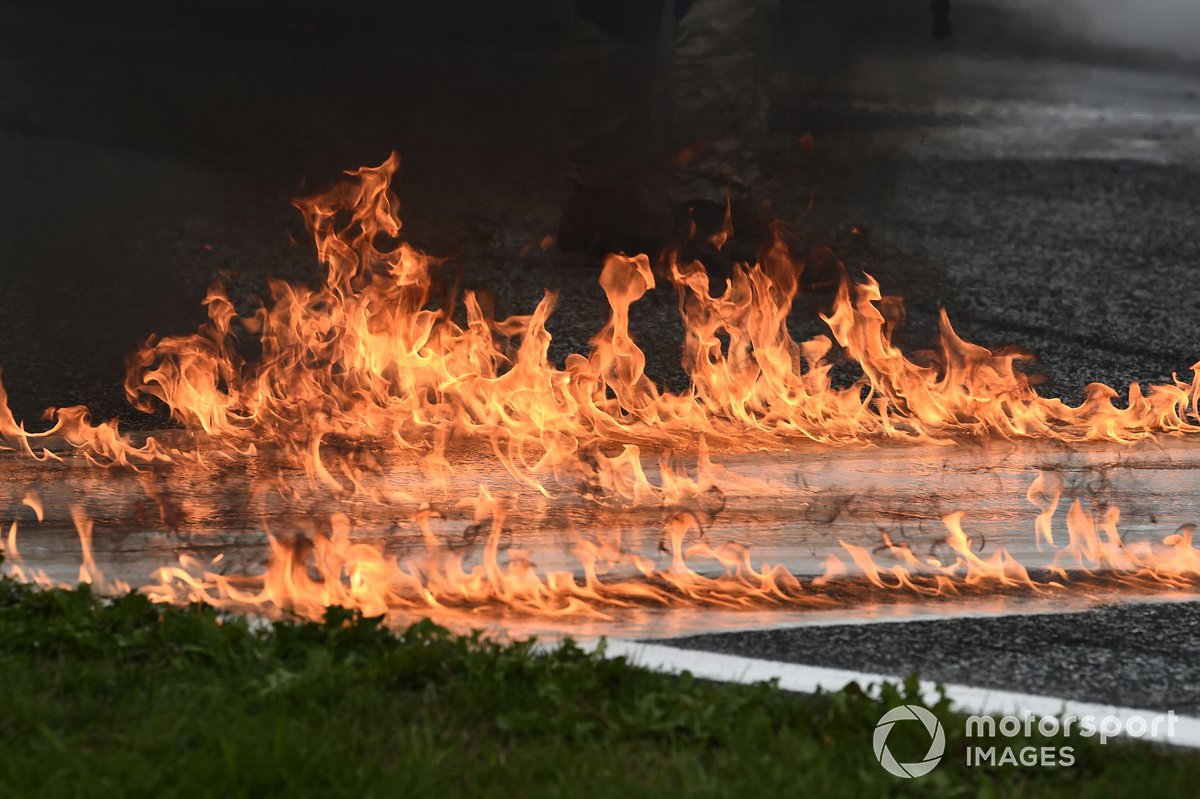