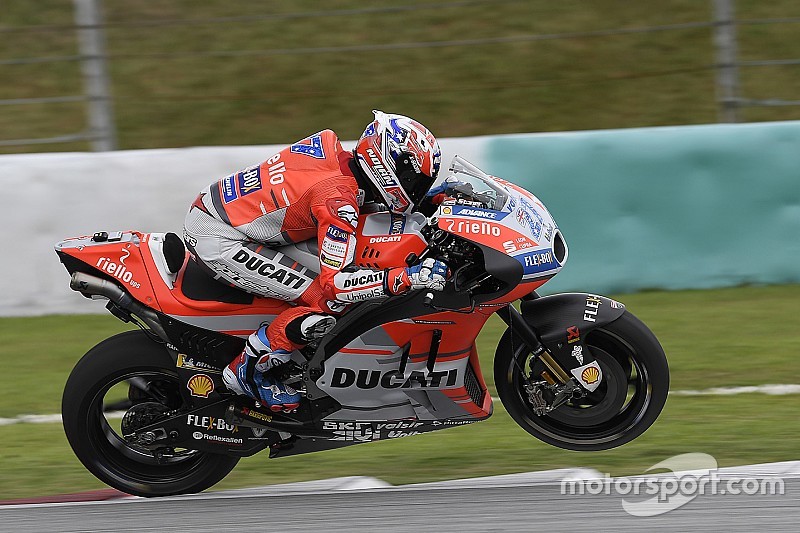 Two-time MotoGP champion Casey Stoner says he is unlikely to continue in his current test role with Ducati because the manufacturer doesn't use his feedback.

Motorsport.com reported earlier this year that the 32-year-old, who walked away from a full-time MotoGP ride in 2012 and joined Ducati as a test rider and ambassador in 2016, would not be extending his current deal with the Italian manufacturer.

While its two works riders look unlikely to challenge Marc Marquez for this year's title, Ducati's Desmosedici GP18 bike is among the strongest on the grid, and the Borgo Panigale firm looks well-placed to fight for its first title since Stoner's 2007 championship going forward.

However, the Australian has admitted in an interview with Gazzetta dello Sport that he was unlikely to continue in the programme as he felt Ducati was not making the most of his contributions.

“Nothing would give me greater satisfaction than to celebrate another title with Ducati,” Stoner said.

“But I feel I can't give anything more than what I already have, since it seems that they don't use the data and the feedback I give them.

“I've long suggested changes they seem reluctant to make. And if they don't use my data and my feedback, I don't feel like taking the risk of testing – because to get results you have to ride close to the limit.”

Ducati was keen to keep Stoner in an ambassadorial role should he withdraw from his testing duties, but the two-time champion has made it clear he is not keen on such an arrangement.

“I came back to Ducati to work hard and help it win another world championship, not to just be a poster boy for the company,” he said.

Stoner has not run the Desmosedici GP18 since testing at Sepang at the start of the year. He sat out much of the campaign while recovering from an operation on his right shoulder.

“The shoulder is not an obstacle to testing with Ducati, I'm already training and doing motocross,” Stoner explained.

“The recover is in line with the timing planned with Ducati after the Sepang test.”

Espargaro to return to MotoGP action in Misano

Why Red Bull thinks Marquez could make it in F1