The three-time MotoGP race winner aggravated a pre-existing injury in his knee during a training incident on Tuesday.

The injury proved severe enough this time to rule him out of this weekend’s Dutch Grand Prix at Assen, marking his first race absence since the 2018 German GP. Morbidelli underwent a one-hour operation on his meniscus and anterior cruciate ligament in his left knee on Friday and will remain under observation in hospital in Bologna until Sunday.

“After another painful incident with my left knee training on Wednesday I made the decision, together with Petronas Yamaha SRT and the VR46 Academy, to fix this issue that I’ve been carrying for too long now,” he said.

“I underwent surgery this morning with only one idea in my mind: to come back in the best form as soon as possible and to be able to perform at 100% on the bike.

“I want to thank Professor Maurilio Marcacci and his team for their work. I can’t wait to be able to start my recovery process.

“I’ll miss my team, my bike and all the fans during this period, but I’m looking forward to being at the circuits again and enjoying racing. Thank you for all of your messages of support. See you soon!” 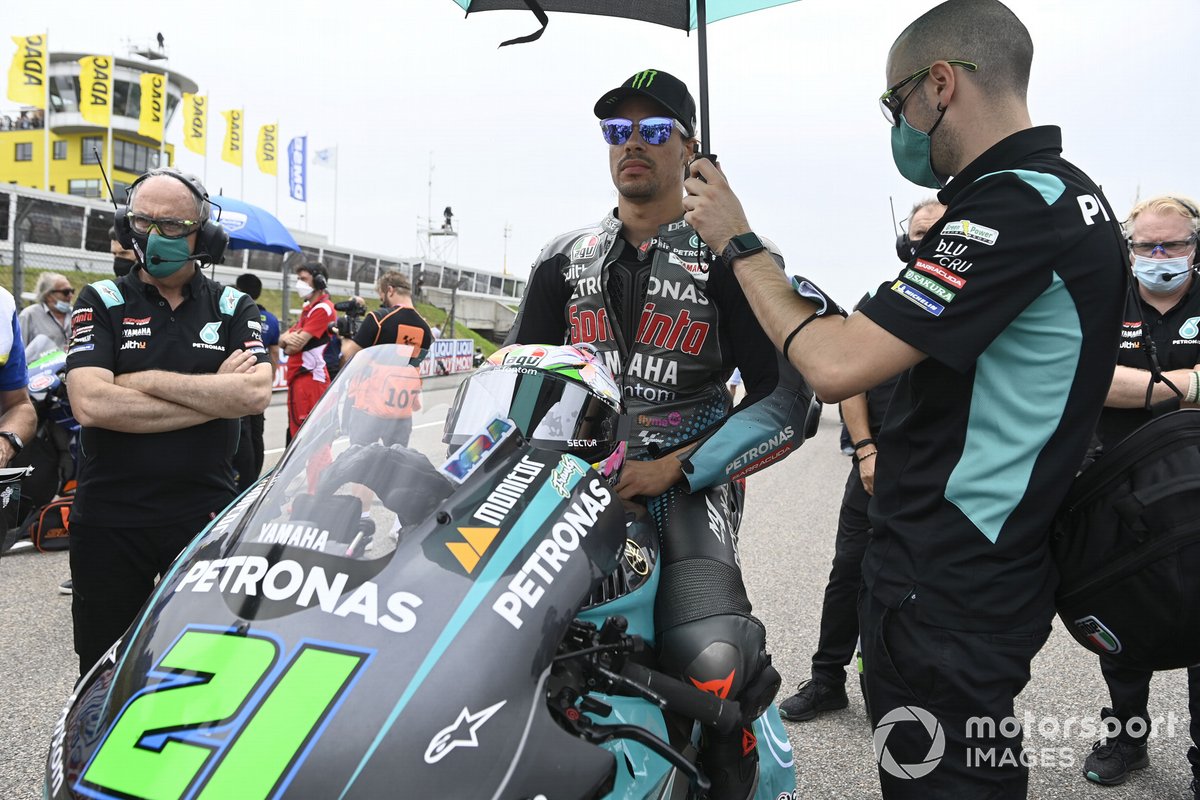 An eight-week rehabilitation casts some doubt on Morbidelli’s participation in the Austria double-header following the five-week summer break in August.

Morbidelli is being replaced this weekend by Yamaha World Superbike rider Garrett Gerloff, who is making his full-time MotoGP debut having previously contested Friday practice in Valencia last year in place of Valentino Rossi.

The American suffered a crash in FP1 and noted on Friday that he is struggling currently to load the M1 in the dry through Assen’s fast corners.

Should Morbidelli be ruled out of action for the first Austria race in early August, Gerloff will be unable to stand in due to his WSBK commitments in the Czech Republic.

This opens the door for Yamaha test rider Cal Crutchlow to make a racing return in 2021, though whether Yamaha will see any value in him riding the two-year-old ‘A-spec’ bike remains to be seen.