Solid start in Sepang for Yamaha 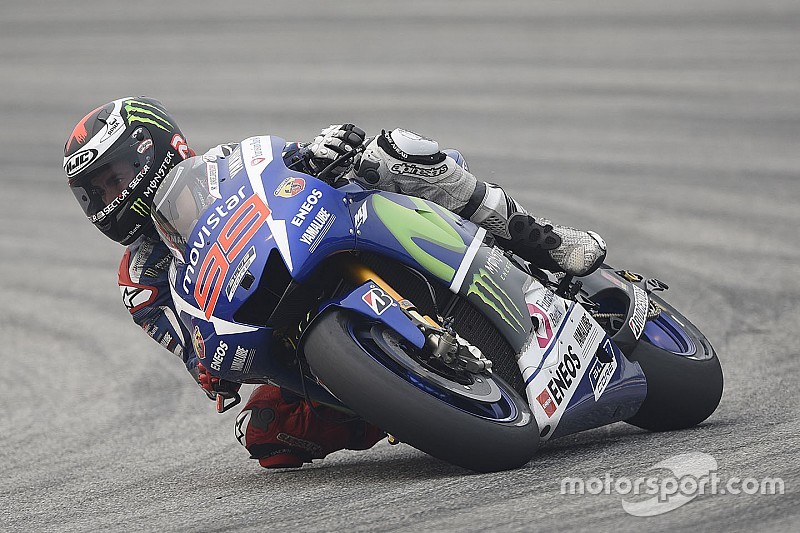 The last of the overseas triple-header Grand Prix has kicked off today at the Sepang International Circuit with the first two free practice sessions ahead of the Malaysian Motorcycle Grand Prix.

Movistar Yamaha MotoGP‘s Jorge Lorenzo and Valentino Rossi have started the action in the first free practice sessions ahead of this weekend‘s penultimate round of the championship.

Lorenzo successfully started off the 25th anniversary of the Malaysia Grand Prix weekend during the slightly hazy morning session. The relatively cool temperatures on track helped the Majorcan rider to make his intentions clear. Aware that every session is important for the outcome of the championship as he attempts to close down the gap to Rossi in the overall standings, he come out of the starting block flying, and posted a best lap of 2'00.622s for second place.

This afternoon it was very hot.

Happy that the usual tropical rain showers at Sepang in the afternoon did not make an appearance today, the Majorcan continued to make progress during the hotter FP2 session. He focused on perfecting his setting until, with eight minutes of the session remaining, it was time to put his YZR-M1 to the test under similar conditions that can be expected for the race if it stays dry. Without further ado he delivered the fastest time of the day of 2‘00.246s to lead the first day with a 0.047s advantage over his closest rival.

Teammate Rossi will have his first ’match point‘ this weekend against Lorenzo. The Italian‘s eleven-point advantage in the championship standings could potentially earn him the 2015 MotoGP World Championship Title this weekend, depending on Sunday‘s race results. With this motivation to push him above and beyond, the nine-time World Champion hit the ground running. Rossi made the most of the dry 45 minutes session and set a solid pace. His best lap of 2'00.915s in the morning session brought him up to fourth place.

In the afternoon the Doctor solely focused on further improving his set-up and tried several tyre and bike setting combinations to suit his riding style best. He worked tirelessly on the baking Malaysian track, but did not improve on his morning time, clocking a fastest time of 2‘01.305s. However, his morning‘s time was fast enough for him to hold on to fifth place in the combined free practice times, 0.669s behind his teammate.

Jorge Lorenzo: "We are working very well on the setting of the bike. We have a good pace both with the old and the new tyre, we just need to improve some details, but overall it‘s good. This afternoon it was very hot. It will depend on tomorrow‘s weather, but I think the bike can be further improved so I can better my lap time."

Valentino Rossi: "This morning we had a good pace and in the afternoon we worked well until the last time we exited the box. We used a hard tyre to get an understanding of our capabilities, but unfortunately we didn‘t finish our work, because when we put on the softer tyre I had some problems with chatter and was not able to understand my potential. We will have to wait for tomorrow morning to also see what our level is with the medium tyres. It‘s too early to say if this will affect qualifying. The most important thing tomorrow will be to understand if it was the bike or the tyre that created too much vibration, but we still have another set of tyres, so we can manage."

Strong start for Pedrosa and Marquez in Malaysian heat