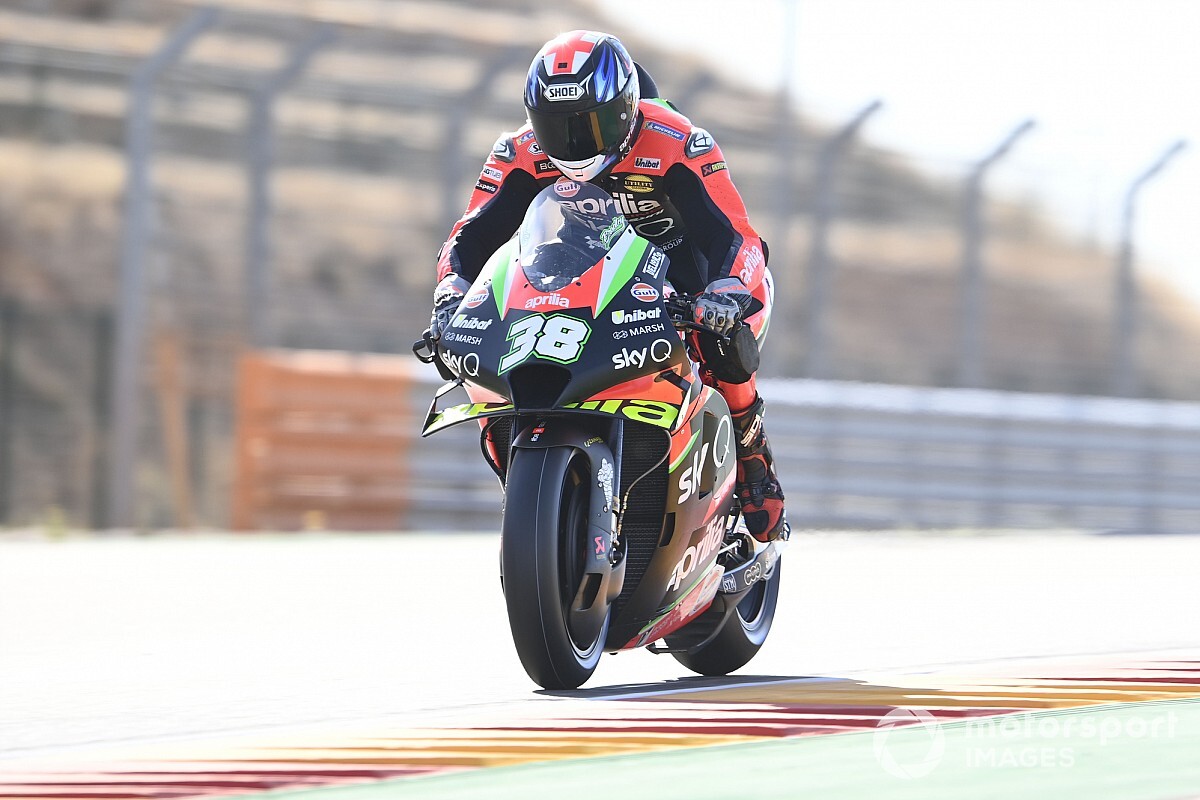 Aprilia CEO Massimo Rivola says test rider Bradley Smith is a “valid option” for a 2021 MotoGP race seat, but admits it is looking talent from Moto2 as well.

With Andrea Iannone having his doping ban extended to four years earlier this month and heavily linked riders in Cal Crutchlow and Andrea Dovizioso not being available, Aprilia is left with limited options to partner Aleix Espargaro in 2021.

Smith raced for the first 11 rounds of the season in place of Iannone, scoring a best of 12th at the Andalusian Grand Prix at Jerez back in July.

However, the test rider was benched for the start of the final triple-header in favour of Aprilia’s other tester Lorenzo Savadori – though the marque insists Smith is still very much part of the team.

With rumours linking the likes of Moto2 runners Marco Bezzecchi and Fabio Di Giannantonio to the seat, Rivola says no decision has been taken but Smith remains in the frame.

“Regarding the second rider, for sure Bradley is a valid option,” Rivola said on Thursday ahead of the Portuguese Grand Prix.

“He is a rider with a lot of experience, he could have the chance. We are also looking at the market of the young talent.

“Moto2 is showing it’s a very good gym for the MotoGP.

“Next year there will be many [on the grid], so maybe it’s not a bad idea. But we are still evaluating that.”

Three riders currently racing in Moto2 will step up to MotoGP in 2021, all of whom signing for Ducati.

Bezzecchi currently has a contract with the VR46 team in Moto2 for 2021, while Di Giannantonio will move to Gresini with a view to a potential 2022 MotoGP seat.

Aprilia’s MotoGP effort is currently run in conjunction with Fausto Gresini’s squad, though Aprilia is set to become a manufacturer team in its own right from 2022.

Last month Jorge Lorenzo also confirmed he has an option to join Aprilia as a test rider next year, with that move taking a step closer after Yamaha elected to replace him with Cal Crutchlow.