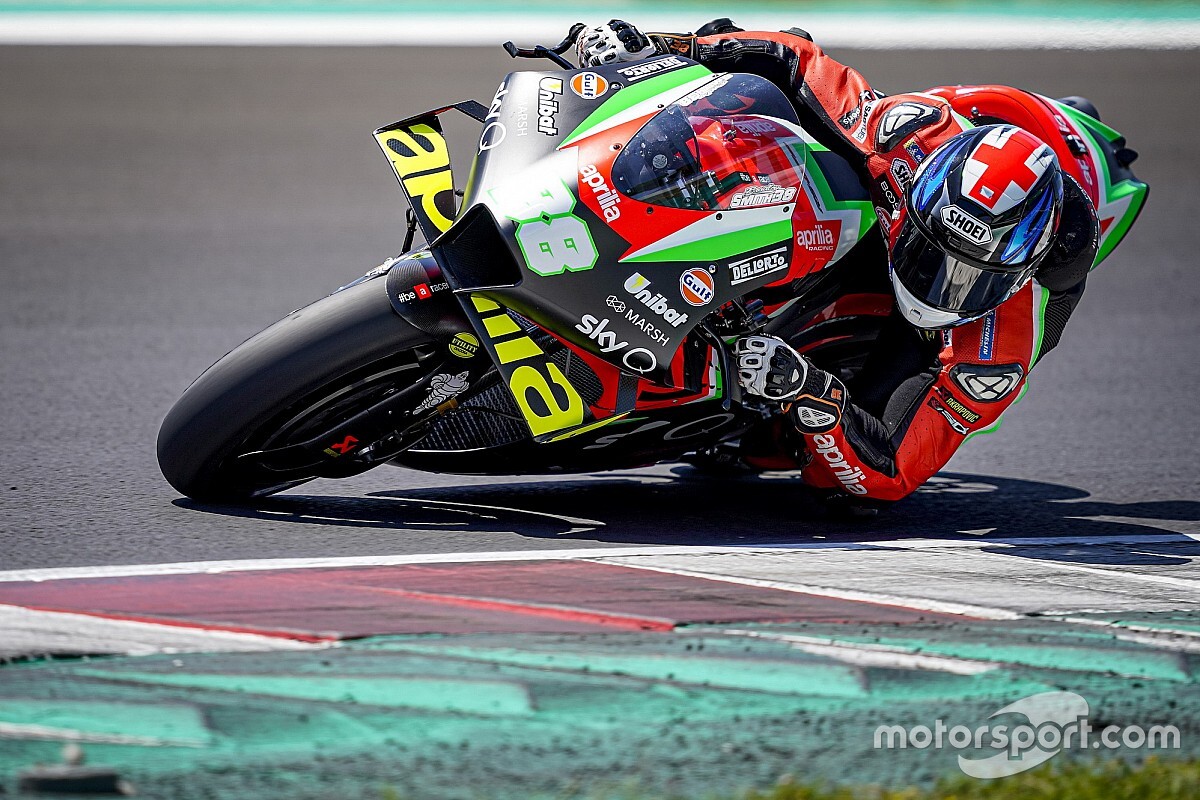 Bradley Smith will replace Andrea Iannone for as long as he is under suspension for a doping violation, Aprilia has confirmed to Motorsport.com.

One-time MotoGP race winner Iannone was hit with an 18-month ban in March after an illegal steroid was found in his system following a drugs test during the Malaysian Grand Prix weekend.

Suspended by the FIM while this underwent legal proceedings, Iannone was handed an 18-month ban dating back to October when the violation was first flagged – though was deemed to have ingested the substance accidentally.

Iannone has submitted an appeal to the Court of Arbitration for Sports (CAS) to have this ban overturned, citing past precedent of similar cases from other athletes.

However, the World Anti-Doping Agency has also submitted a request to have Iannone's punishment extended to a four-year ban.

The case is currently under review, though Aprilia – at least publicly – is sticking by Iannone through the process.

Smith joined Aprilia last year as its test rider after losing his place at the works KTM squad at the end of 2018, and contested four races – the Qatar, Spanish, Catalan and Aragon Grands Prix.

His best result came at Jerez, where he finished 17th, while he crashed out of the Qatar and Catalan events – the latter after a collision with his teammate Aleix Espargaro.

Smith has been carrying out testing duties for Aprilia over the winter, as has been in action at Misano earlier in the month for a private test.

The Briton is currently riding at the circuit along with Espargaro as part of a group private test organised by Ducati, with Suzuki's test team and KTM also present.

While it is yet to confirm this, Smith will almost certainly line up on the grid for the season-opening Spanish GP at Jerez on 19 July and the following week's GP of Andalusia at the same circuit.

Depending on how long Iannone's case drags on for, and indeed if his ban is not overturned, Smith could well find himself contesting the entire provisional 13-round 2020 championship.

Rossi "more beatable" the longer he stays in MotoGP - Stoner