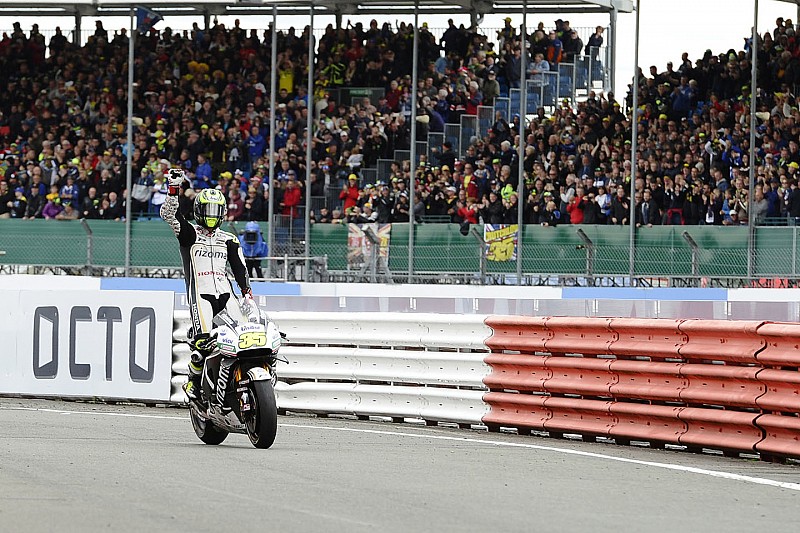 MotoGP's British Grand Prix will return to Silverstone Circuit in 2017, with an option to hold a race at the track in 2018 as well, it has been announced.

Silverstone has reached an agreement with Circuit of Wales, which has a deal in place with MotoGP to run the British Grand Prix, but currently has no actual track to run it on.

Originally slated to take over as the British GP venue in 2016, the news confirms Circuit of Wales has abandoned efforts to be ready in time for 2017 - and suggests it is unlikely to host a round before 2019 at the earliest.

As such, 2017 will mark the eighth straight year that MotoGP comes to Silverstone, after the venue took over from Donington Park in 2010.

“I am delighted that we will be running MotoGP back at Silverstone next year,” said Silverstone Circuit chairman John Grant.

“The size of this year’s crowd clearly shows the enthusiasm for the championship which Silverstone’s fast flowing circuit shows to its very best.”

The announcement has also confirmed that the new deal has an option that could see Silverstone's MotoGP contract extended to 2018.

“Silverstone, together with our team from the Circuit of Wales, have done a fantastic job running the British round of MotoGP for the last two years and I am delighted that we have been able to agree terms to continue and develop our partnership,” said Circuit of Wales boss Michael Carrick.