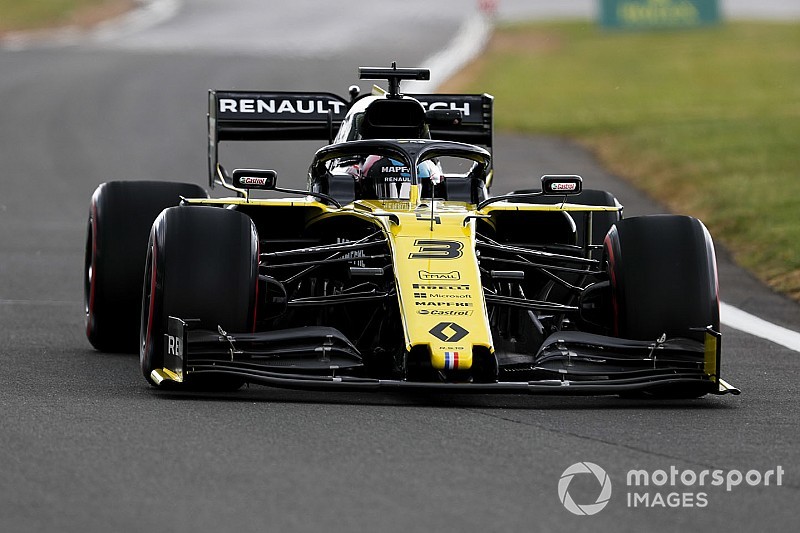 Silverstone's new surface has come in for praise from the majority of Formula 1 drivers, but Daniel Ricciardo says MotoGP riders will “kick up a fuss” about bumps at Brooklands.

The circuit underwent a resurfacing this year after a wet 2018 MotoGP British Grand Prix had to be cancelled due to the then-new asphalt's inability to sufficiently drain water.

In recent years, Silverstone's bumpy track surface was constantly criticised by riders, with many of the bumps affecting heavy braking areas and several fast corners.

Renault driver Ricciardo says the new surface is “pretty decent” overall, but highlighted the Turn 6 left of Brooklands as a corner that will leave MotoGP riders “pretty angry”.

“The new surface is actually pretty good, it offers quite a bit of grip in some areas,” he said.

“Initially this morning it was quite slick and oily, but then it really rubbered in. So that's going to keep getting better through the weekend.

“It's still really bumpy in some areas. I don't think the MotoGP guys are going to like Turn 6. They're going to kick up a fuss. For us it's alright, but the rest [of the track] seems pretty decent.”

Max Verstappen feels Brooklands' bumps are “worse than last year”, while Turn 9 of Copse was also “quite bad”.

“Going in to Turn 6, it is quite bad: worse than last year,” said the Red Bull driver.

“And going into Copse, Turn 9, is also quite bad. Those are the tricky one. In general the tarmac is good, it has more grip, but again it is quite bumpy in some places.”

Kevin Magnussen admits the surface is “very slippery” on cold rubber, but is “pretty grippy” when tyres heat up, reminding him of Catalunya during winter testing.

“It kind of reminds me of the Barcelona track surface from winter testing in 2018, it’s sort of similar. I don’t care about the bumps.”

Ferrari's Charles Leclerc, meanwhile, offered a dissenting opinion on the new surface, calling it "maybe a little bit too smooth".

"We are never happy as drivers, but at the end it is very very smooth, the grip is incredible, so that's good, but I like when it's a bit more bumpy," Leclerc said. 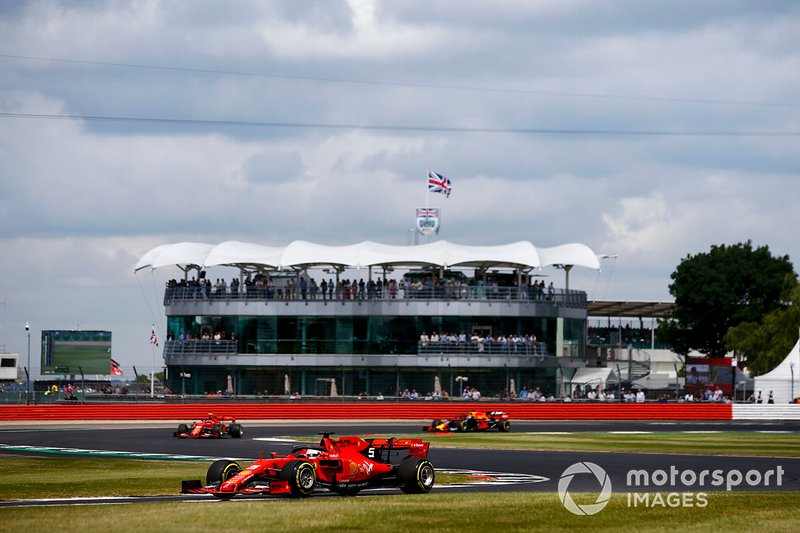 “The main target was to have better water drainage and eliminate the bumps but some of the bumps are still there,” he explains.

“It is even better for the show, I would say. And this effect of the [change in] camber of the corner is affecting the lines.

“We saw on the tyres quite a lot of wear, especially on the left side, on the inside shoulder.

“You can see some abrasion but it is not real graining, it is more proper wear on the inside shoulder.

“So if we talk about possible strategies considering we will have track evolution tomorrow and Sunday - although tomorrow there may be some rain forecast - we don’t know what is going to happen.”