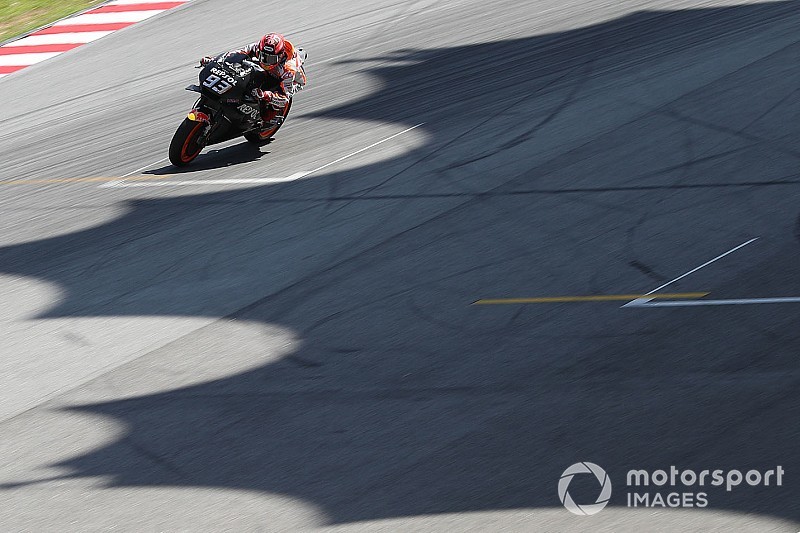 While Marc Marquez topped the opening day of MotoGP pre-season testing at Sepang despite still recovering from surgery, the reigning champion admits he can't keep his pace up for more than a few laps.

Marquez underwent surgery on a left shoulder he had been struggling with throughout 2018, and he arrived at Sepang for the first running of 2019 not fully fit as a result.

The Spaniard only completed 29 laps on Wednesday as a result, but he still ended up on top, more than a quarter of a second clear of nearest rival Alex Rins.

Marquez said that he only felt good for one or two consecutive laps, and that there is work to be done to be fit for a race distance.

"To be one, two laps fast is not a problem but to make a long run, will be impossible," said Marquez.

"Luckily is only the left corners, on the right corners I feel completely same, like normal.

"But on the other hand, I expect to be better than what I am. I am riding but still remain a lot of job to do, a lot of work because still I don't have power.

"We stop early today but anyway still remains two days and tomorrow we will see if I get up better or worse but basically the feeling is happy to be back on the bike."

Fellow Honda rider Cal Crutchlow, another rider coming back from surgery after he broke his ankle in a crash at Phillip Island last October, was 14th fastest on his return to MotoGP action.

The Briton said that after feeling "horrendous" in the beginning of the day he ended up satisfied with his performance.

"[It was] actually better than expected, considering I’m wearing a boot couple of sizes oversized because I asked Alpinestars to make me that as a precaution," said Crutchlow.

"I struggled to get the rear brake lever, because when I lift my foot my foot comes up in the boot, and it doesn’t bring the boot up. Otherwise I feel good.

"I felt horrendous the first laps of the day, on my first lap I thought I was doing a 2m01s, but I did a 2m08s. I’m just learning to ride again. It felt good to be able to ride again. I can be competitive this season."

Crutchlow, who was a little over a second slower than Marquez, added that he could have gone a lot faster if needed.

"I didn’t push for a laptime," he said. "I went back out at the end of the day but I had a problem, not a bike problem.

"But I felt I could have gone a significant amount faster if I needed to, which is nice because sometimes you’re half a second off thinking you can’t go any faster." 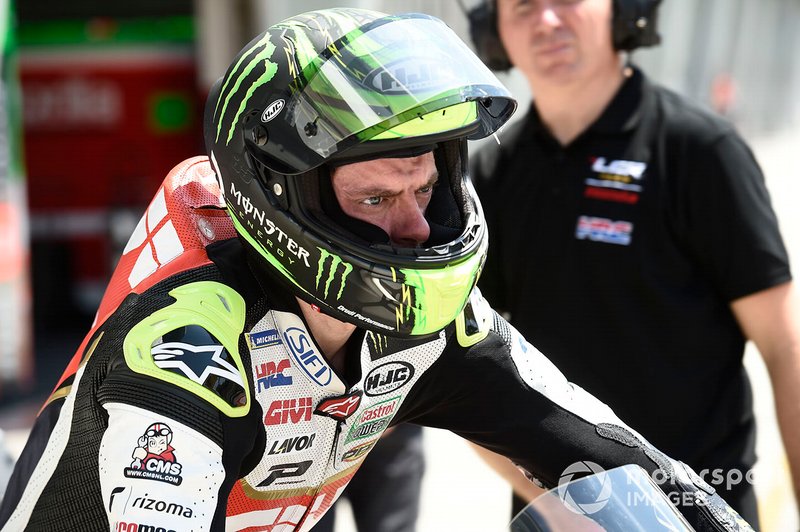