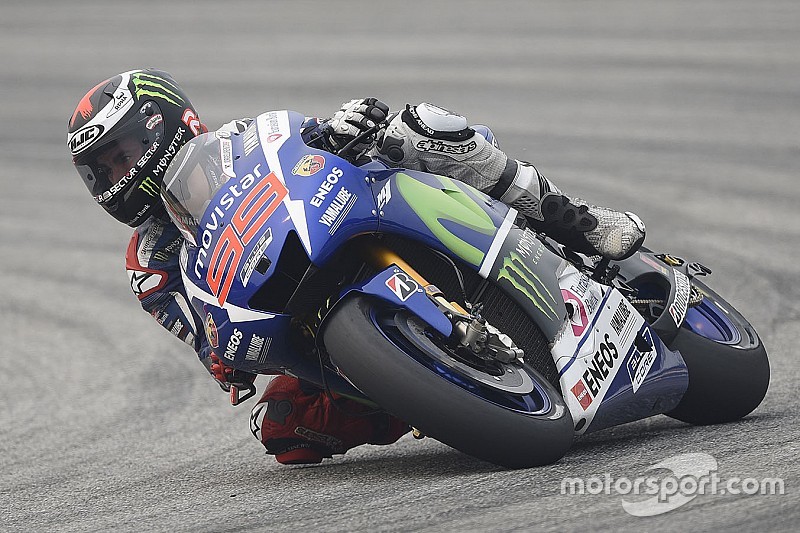 Yamaha’s Jorge Lorenzo scorched his way to fastest time in the third practice session for the Malaysian MotoGP round at Sepang, but had Honda's Marc Marquez 0.111s behind.

Lorenzo, who is 11 points behind his series-leading teammate Valentino Rossi, produced a storming lap around the hazy Sepang venue to top the works Hondas of Marquez and Dani Pedrosa.

On his final run, Lorenzo recorded the first sub-two minute lap of the weekend, an eye-watering 1m59.544s, extending his advantage to 0.71s.

Pedrosa, who didn’t improve on his Friday time on his first couple of runs, regained his second place in the closing moments of the session on 1m59.983s. Marquez then went even quicker on 1m59.655s, to end the session just a tenth off Lorenzo's fastest time.

Hector Barbera leapt to an impressive fourth on his Open Class Ducati on 2m00.332s, but was beaten on his final lap by Rossi on 2m00.253s. Barbera stayed fifth.

Cal Crutchlow jumped to sixth with a late quick lap on his LCR Honda, ahead of Suzuki’s Aleix Espargaro. Ducati’s Andrea Iannone too didn’t beat his Friday time – one of the few frontrunners not to do so and ended the session with a technical failure.

Iannone's teammate Andrea Dovizioso along with Pol Espargaro’s Tech 3 Yamaha and Suzuki's Maverick Vinales made it through to the automatic Q2 places.

Missing out were Iannone and Bradley Smith, who were 11th and 12th and will hope to progress through Q1 later.

The only shunt of the session was Danilo Petrucci, who crashed at Turn 7, losing the front end of his Pramac Ducati, but he trudged away unharmed.

Solid start in Sepang for Yamaha