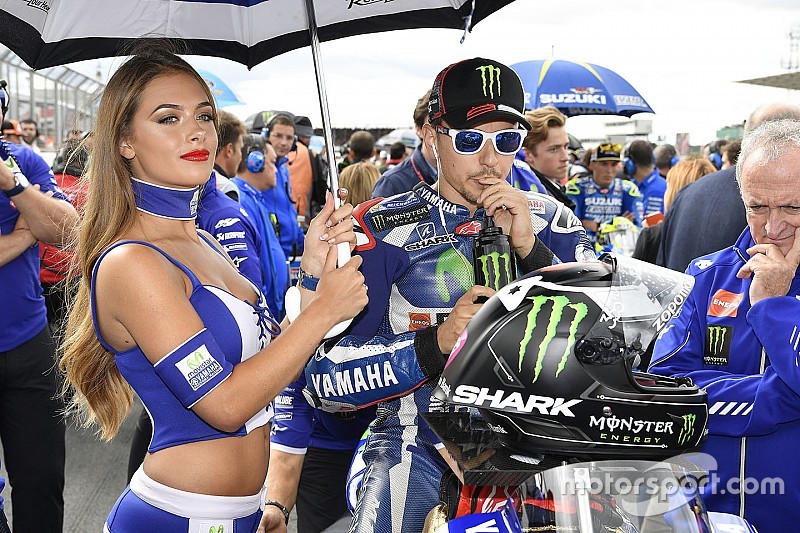 Former world champion Kevin Schwantz says he has no idea why reigning and three-time MotoGP champion Jorge Lorenzo has been struggling to keep up with teammate Valentino Rossi for the past six races.

Since being flicked out of fifth place and off his Yamaha by Andrea Iannone in the seventh race of the season in Barcelona, Lorenzo has scored just one podium finish, his other results being 10th, 15th, 17th and eighth.

Lorenzo’s early-season form – three wins and two runner-up finishes in the first six races – have kept him a firm third in the championship, albeit 14 points behind Rossi and 64 adrift of Honda’s Marc Marquez. However, Schwantz suggested there may be a psychological barrier as Lorenzo approaches the end of his term with Yamaha.

“I have no idea what’s happening there, but it’s strange isn’t it?” commented Schwantz. “Has Jorge lost confidence? Does he feel like Yamaha’s leaning toward the #46 [Valentino Rossi] side of the garage because he himself is heading to Ducati next year?

“If that’s what he thinks, then I’d disagree, because he has just as good a chance of winning the championship as Rossi – they’re pretty close in points. So I can’t imagine Yamaha would do anything except put their best effort into both guys to increase their odds of beating Marquez and Honda.

“But whatever the reason for him not being the Lorenzo we know he can be, you’ve got to attribute his bad results to how close the field is. You have a less-than-perfect weekend these days and you could be seventh or eighth. A real bad weekend and you’re outside the top 12. There are eight factory bikes out there and then several other really strong privateer teams, with good riders.

“That closeness is the same reason we’ve seen four new winners [Jack Miller, Andrea Iannone, Cal Crutchlow, Maverick Vinales]. If you look at the grids, the difference from the front to the back of the grid is three seconds. That’s tight compared with what it’s previously been, which was five seconds. Just being a second-and-a-half off in qualifying can leave you 15th on the grid now.

“Then you throw some inclement weather into qualifying or the race, and you get unusual riders at the front. It’s made the racing a lot more interesting, that’s for sure, but it’s made things harder for anyone who’s not absolutely on top of their game. And that’s Lorenzo right now.”

Although Schwantz said he was sure Lorenzo was just going through a temporary slump in form, he suggested Ducati’s management may be somewhat alarmed at what they’re seeing.

“We saw Jorge one weekend, Austria, all giddy that he’d finished third!” chuckled Schwantz. “He was saying, ‘I’m back, I’m racing with the guys at the front again.’

“I mean, if I was running Ducati, yeah, I might be wondering why I’d made a longterm commitment to this guy. At the time, I signed a champion, a guy regularly winning races, and now I’m seeing my new hire looking all happy just to have made it to the podium!

“And then the next two races he’s relatively nowhere again.”

Lorenzo’s critics have frequently pointed at his struggles in wet races this season, and Schwantz agreed that those appraisals had some validity. He also said he couldn’t recall an ace rider from his own era – 1986-’95 – who dropped in form so badly on slick track surfaces.

“No, there was no one with that problem in my day, or at least not to that extent,” he said. “[Eddie] Lawson was someone you didn’t see right at the front in the wet, but nine times out of 10 you’d still see him on the podium or just one place away from it. He still brought it home for good points.

“I was speaking to Michelin engineers from my era, and they told me that they felt my best ride was Germany in 1988, because they said Dunlop made by far the better rain tyre and I managed to win on Michelin wets. And I’m not saying that to brag; I’m saying that I feel that rain is the almighty equaliser, so that if I haven’t got the best bike, that’s my chance to win if I can be that much smoother but also more aggressive than the next guy.

“Well Lorenzo is a smooth rider, and he can be aggressive too. But if he’s not feeling the front of the bike or the tyres under him, then his natural instinct is to back off so he doesn't go down. And if you’re not pushing somewhere on that edge, then that’s when you get swallowed up because, like I say, the field’s so close at the moment.”