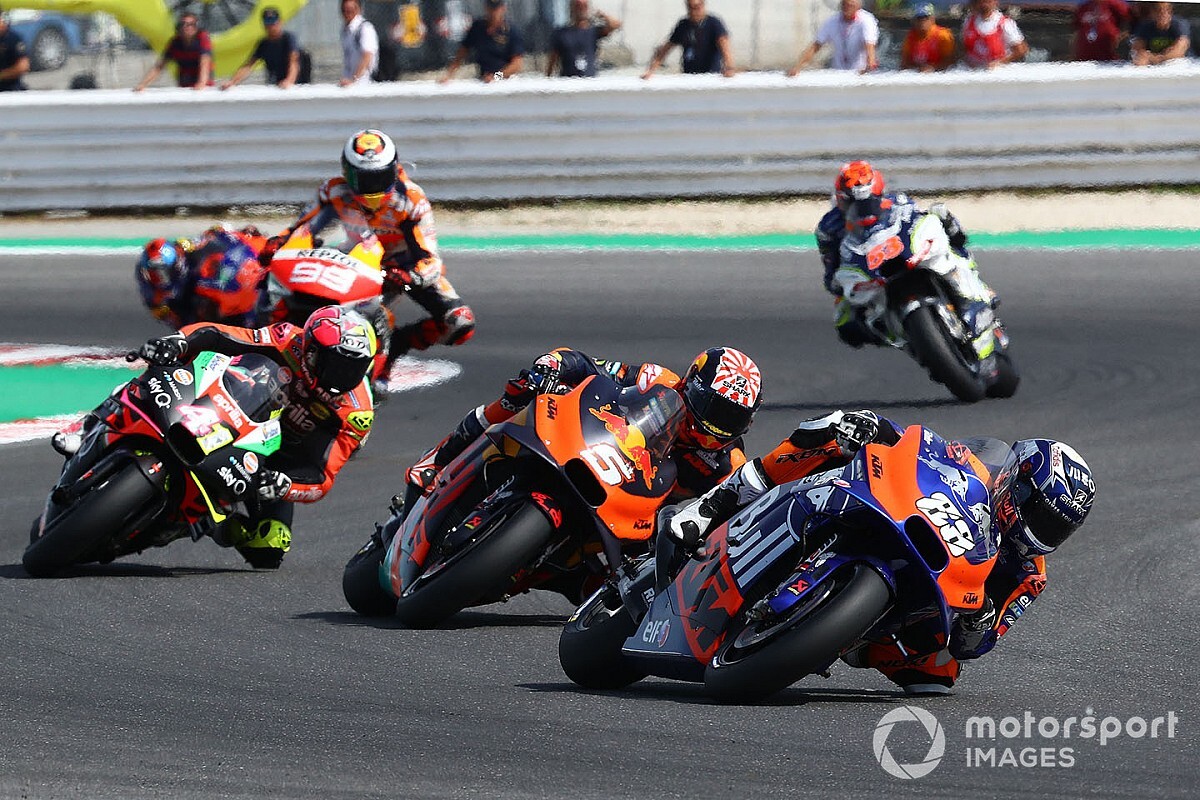 After a short break, MotoGP returns to action with the San Marino Grand Prix at Misano on September 13.

Petronas Yamaha rider Fabio Quartararo continues to lead the championship going into the sixth round of 2020, but his lead has been slashed to just three points after a difficult run of races since his two victories in the Jerez double header.

By contrast, KTM riders have been in the spotlight in the last three rounds, with Brad Binder and Miguel Oliveira taking a win each for the Austrian manufacturer.

Honda and Yamaha have underperformed in the opening part of the season, and both the Japanese marques would be looking for an improved showing in the first of the two races at Misano.

Finally, much would be expected from Ducati and its lead rider Andrea Dovizioso, who has closed the gap to Quartararo following his victory in the first Red Bull Ring race.

What time does the San Marino MotoGP start today?

The San Marino GP will get underway at the Misano at 2pm local time (CEST) on Sunday. The race will be run over 28 laps and last approximately 45 minutes.

How can I watch the San Marino MotoGP?

The following channels will broadcast the San Marino MotoGP race:

Can I stream the San Marino MotoGP?

MotoGP offers its own on-demand streaming service for live coverage of grands prix. The MotoGP Video pass is available for an annual fee of 139.99 euros. Users also can subscribe to the service on a monthly basis for 29.99 euros. Several local broadcasters also stream MotoGP races online via their websites.