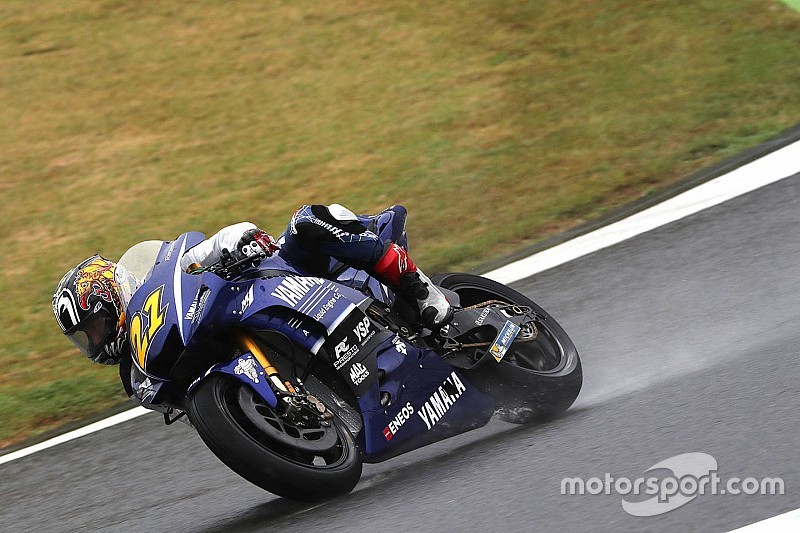 Valentino Rossi says it is "better late than never" for Yamaha to create a European test team, after the Japanese manufacturer confirmed it will do so in 2019.

Yamaha team manager Massimo Meregalli said at Brno on Friday that the Iwata marque is pushing ahead with plans to establish a test presence in Europe next year, following the lead of fellow Japanese manufacturers Honda and Suzuki.

Up to now, Yamaha's official test rider has been All-Japan Superbike ace Katsuyuki Nakasuga, with the bulk of development work for the R1 carried out primarily at Japanese tracks.

This will change next season, with ousted KTM rider Bradley Smith and former Tech 3 Yamaha rider Jonas Folger among the candidates to become Yamaha's new third rider in 2019.

"I pushed a lot for the [test] team, I think it's a great idea," said Rossi. "To work with the team in Japan is difficult, because the tracks in Japan are very different compared to Europe.

"We are the last to do it, so we could have done it before, but better late than never.

"Ducati was the most aggressive of all, also because of the budget that it dedicated to that test team and the resources it put into it. Then the others followed."

Asked who he would like to see become Yamaha's test rider, Rossi replied: "We have some different names on the list: Smith is one, Folger is another one, who already know the bike.

"It's important to have a rider who is not too old and can go quite fast."

"Jonas would be good," said Vinales. "He's fast, he already rode the bike so he knows the bike is working, so for sure it would be good to have Jonas in the test team.

"Anyway, for sure, the development will be better because you are riding in the European tracks, so I'm not unhappy for that."

The German, who is making his second race appearance of 2018 in Brno this weekend and his first as a wildcard, explained that the job of a test rider is becoming more vital.

"The regulations are becoming tighter and tighter and the number of days of testing is also decreasing," said Bradl. "Now the pre-season tests are also being shortened.

"The job as a test rider has become more important; [Michele] Pirro has shown it with Ducati and [Mika] Kallio with KTM. They had it a little easier as European manufacturers.

"You can see how professionally Honda has positioned this test team. Yamaha will also follow, because it is important that the work moves forward.

"To achieve this, it's better to test on European tracks than just trying things out in Japan."

Marquez: Dovizioso is the rider to beat at Brno