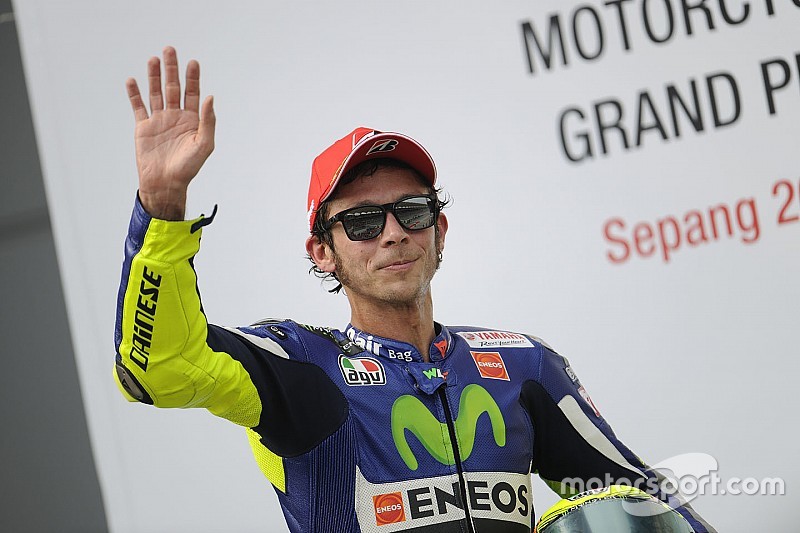 Valentino Rossi says he is hoping to fight for the MotoGP title "on equal terms" with Jorge Lorenzo in this weekend's race at Valencia.

The Italian is still waiting to hear the verdict of his appeal against the penalty he was handed following his clash with Honda's Marc Marquez at the Malaysian Grand Prix.

Rossi will start the final from the back of the grid if the penalty is upheld.

The Yamaha rider is seven points ahead of teammate Lorenzo.

Rossi said he remains hopeful the appeal will be successful and he will have a "normal" grand prix.

"It will be a very intense weekend and also a very important one," Rossi said in a team preview. "I want to think just about what will happen at the track.

"My goal is to work at my best capabilities with my team and make the most of every session to get to the race on Sunday with everything I need to express myself in the best way possible.

"I'm still waiting to hear the decision of the CAS, but I hope I can do a normal GP to battle and fight for the title on equal terms with Jorge."

Parkes to sub for de Angelis in Valencia finale

Miller bullish about adapting to 2016 rules