Petronas SRT Yamaha rider Valentino Rossi admits he is unsure if his poor form from the Qatar MotoGP races will rebound when the series returns to Europe next week.

Rossi endured a bruising brace of races at Losail to start the season, the nine-time grand prix world champion emerging from the Qatar Grand Prix 12th having qualified fourth – and came away from the Doha round without points in 16th having registered his worst ever qualifying result of 21st.

This came on a backdrop of the factory Yamaha pair Maverick Vinales and Rossi's replacement Fabio Quartararo storming to victory in both Qatar races on the same 2021-specification M1. The upcoming European races are set to be critical for Rossi in deciding on extending his career into 2022, while performance criteria in his Yamaha contract must be met before discussions are even entertained.

"I don't know, because every year changes a lot," Rossi said when asked if he expected his form to improve in the coming European races. "Anyway, in Europe there is a lot of good tracks for me. So, we hope that when we come back in Europe we can be stronger.

"[In the race] we found some different settings for the electronics where I could stay with the pace more constantly. Unfortunately, we found it just in the morning and my position in the start was very bad. 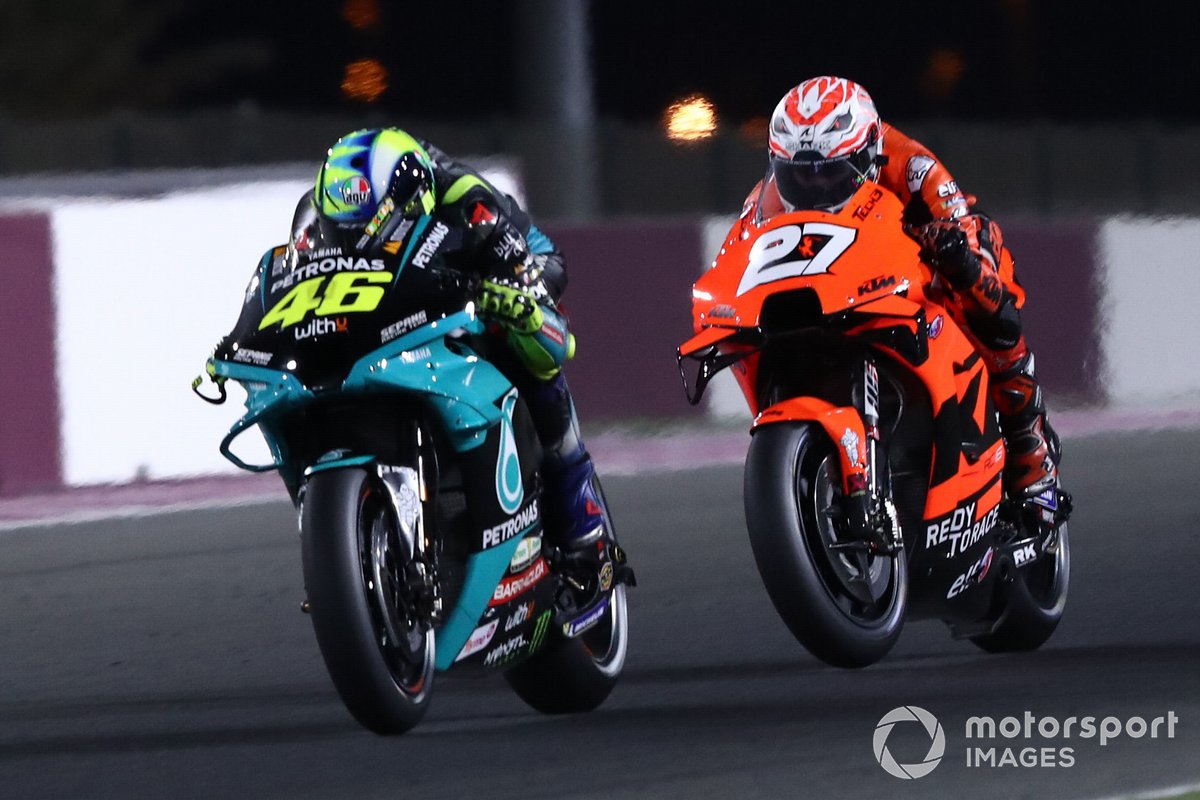 "Now it's difficult because all the riders, all the bikes are strong and being within 10 seconds [from the win] you are 15th. We have to see the other race tracks starting from Portimao, we'll try to understand if we are more competitive."

Teammate Franco Morbidelli had a similarly tough time in Qatar, ending last weekend's Doha GP 12th having struggled across both rounds for speed on his 'A-spec' Yamaha.

The Italian says he reverted to a set-up base he used at the start of 2020 for the Doha race, but this manifested problems with tyre life he battled at the beginning of last season and left him 12th at the chequered flag.

"We did a big modification, we went back to a configuration similar to 2020 beginning of the year," he said. "In the race, the race was better than last one for sure. I was engaged and I was able to fight.

"Starting from 10th position and not having the fastest bike in the pack was really tough to fight with the guys, but at least I had the chance to do it. But the similar problems to the beginning of 2020, so I struggled to maintain a good pace to the end, I finished the tyre too soon."