Valentino Rossi says he "switched on the emotion of normal people" and brought mass appeal to MotoGP in the early part of his career.

The nine-time grand prix motorcycle world champion announced earlier this month that he will be retiring from MotoGP at the end of the 2021 season.

With a legendary career spanning 26 seasons in grand prix racing, Rossi has been a key figure in boosting the popularity of MotoGP and bringing it to mainstream attention through his personality and his on-track rivalries.

Rossi says this is something he is "very proud" of, but admits it has made it harder to have a normal life outside of MotoGP.

"I think that the difference between me and all the other great riders of MotoGP history is this, because for some reason, I was able to bring a lot of people close to motorcycle racing," Rossi said.

"So, I did something in the first part of my career which switched on the emotion of the normal people and about this I am very proud, because it's something really special.

"And the other side is that it's more difficult to have a normal life, because you are always under pressure.

"You need to change your life. But I try always to make it as normal as possible, to not change a lot, and it's like this. It's okay, I enjoy it anyway." 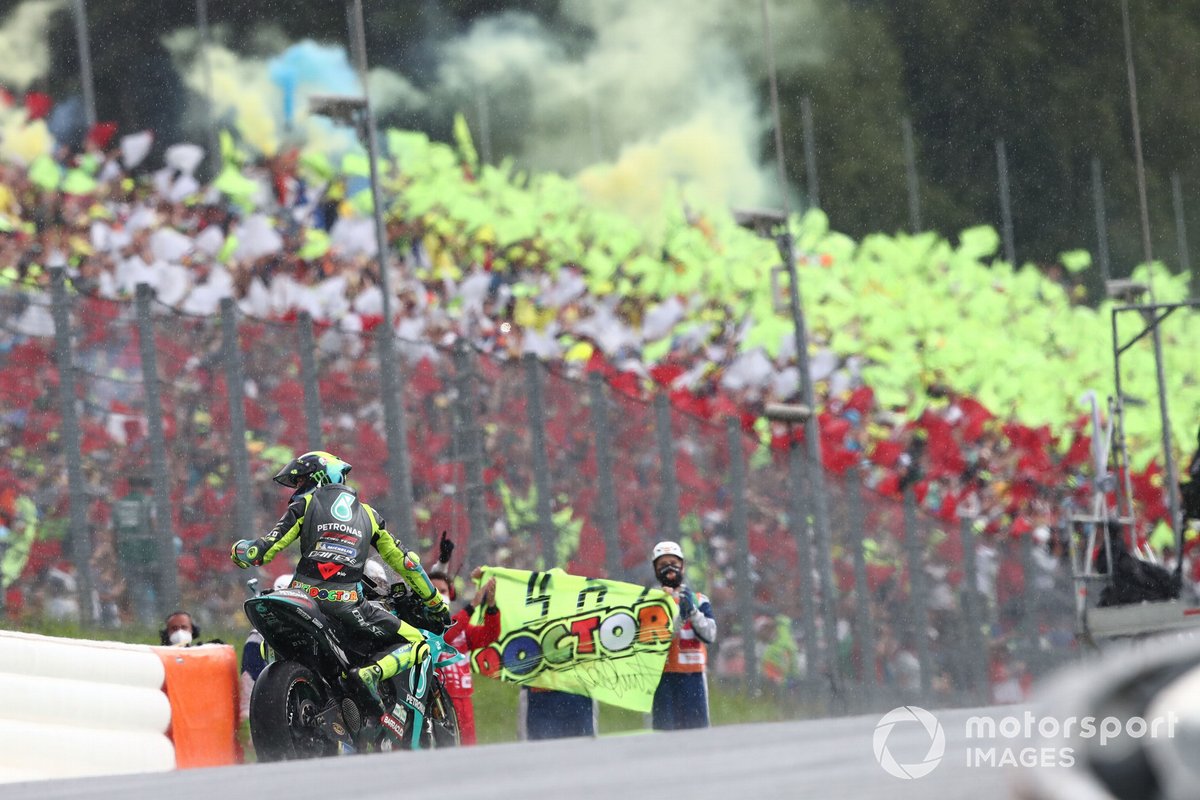 Expanding on this, Rossi noted that in his native Italy his career has offered people an escape but admits the reaction he gets from fans is still a "surprise" to him.

"It's a little bit like what's happened with Alberto Tomba in the skiing. So, I think this is the most important thing that I've done in my career, along with the results.

"I don't know why, sincerely, but I think I entertain a lot of people on Sunday afternoons and a lot of people enjoy and have one or two hours during their Sunday where they don't think of anything and they just enjoy following my races.

"So, I think this is the best thing. Now the results are not fantastic, all the people come to me and a lot of people when they see me it's very exciting.

"Some people cry, and for me it's always a surprise because I say 'don't cry, why are you crying?'

"But it's like this. So, I think this is the biggest emotion."

Marquez: Pre-injury me could fight for MotoGP title on 2021 Honda