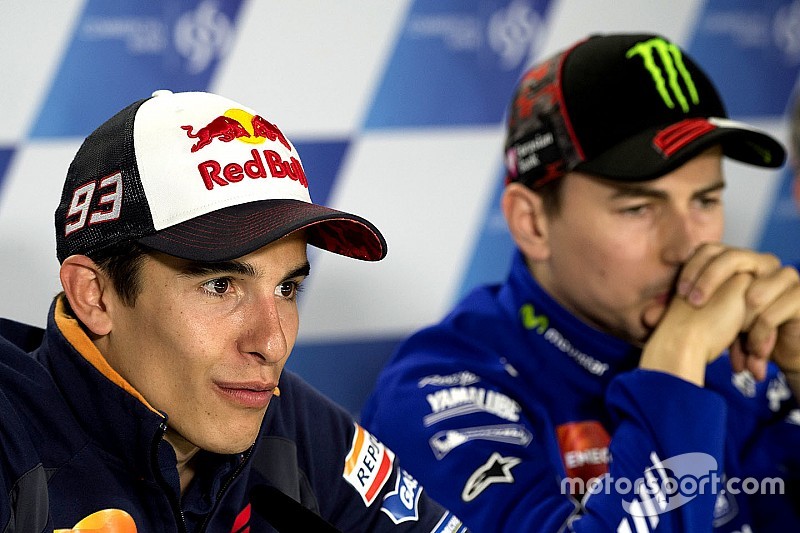 Valentino Rossi insists he is powerless to prevent his fans from booing Marc Marquez and Jorge Lorenzo following the controversial finish to last year's MotoGP season.

Both Marquez and Lorenzo were booed by fans after finishing on the podium in the Qatar season opener, the first race since the conclusion of a 2015 campaign characterised by tensions between Rossi and Marquez.

But Rossi says he cannot take responsibility for the actions of his supporters.

"I do not think that in Qatar there were so many Italian fans," jested the seven-time premier class champion. "However, I did not create this situation, and I do not see how I could fix it."

For his part, reigning champion Lorenzo said he was puzzled by the fans' behaviour, reiterating that there was no foul play in the latter stages of last year's championship.

"I think we didn't do anything wrong during the last months," said Lorenzo. "We just concentrate on going very fast, I won the championship and Marc made the best job he could in 2015.

"We are trying to be the best on track and we are risking our lives in the process. I don't know what we did wrong."

Marquez added that being booed was to be expected after the friction between he and Rossi last year.

"Of course I don't like [booing] in MotoGP, especially when it's against me," said the Honda rider. "But I'm not stupid and I know it's something that will be usual.

"We must adapt, and for me it doesn't matter the colour [of merchandise worn] of the fans, I think everybody enjoyed the race and this was most important for me."

Stoner put off deputising for Petrucci by 2015 bike – Dovizioso

Redding: “I shouldn’t have been so naive” in Qatar